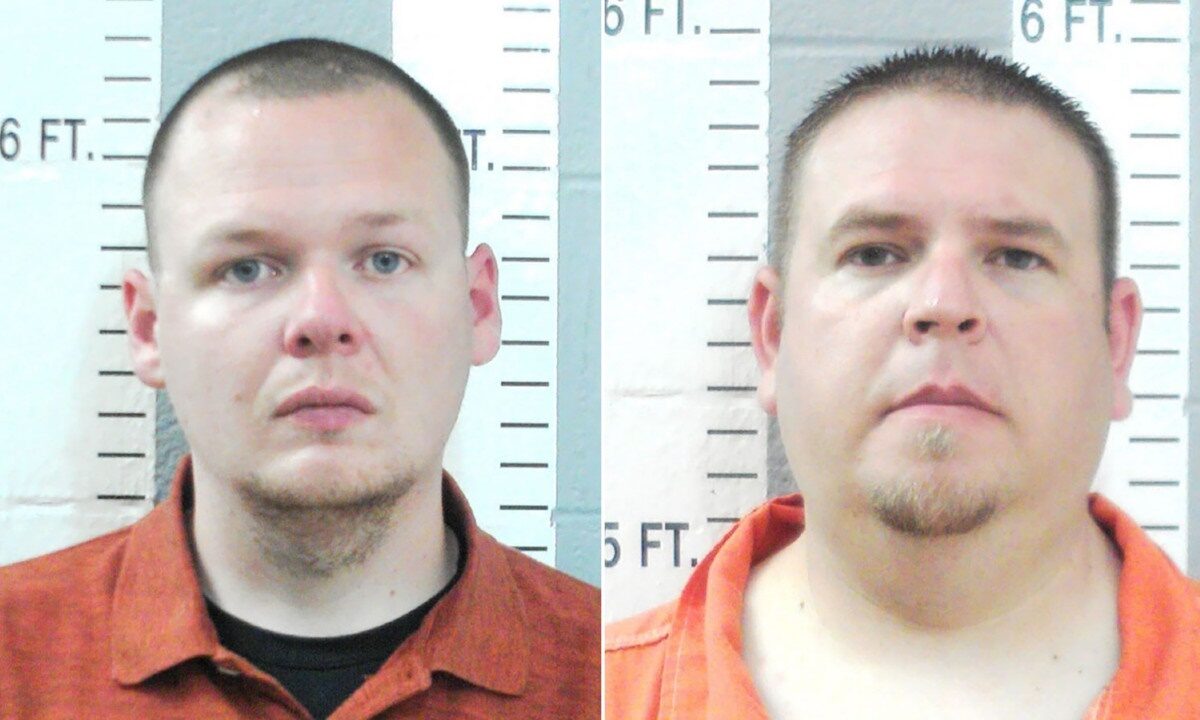 Two Oklahoma police officers have been charged with second-degree murder this week in the Taser death of a 28-year-old man last year, authorities report.

The charges follow a season of protests against police brutality and systemic racism after the death of George Floyd in Minneapolis.

Jared Lakey, 28, died on July 6, 2019, after being tased multiple times by officers Joshua Taylor, 25, and Brandon Dingman, 34, of the Wilson Police Department.

The town is about 100 miles south of Oklahoma City.

The officers were responding to a call that “involved Lakey acting in a disorderly way,” according to a statement from the Oklahoma State Bureau of Investigation (OSBI).

“When Lakey would not comply with commands from the officers, Taylor and Dingman used their Tasers multiple times,” the statement says.

“A Carter County deputy eventually responded to the scene and was able to assist with getting Lakey in custody. Shortly thereafter, Lakey stopped breathing and became unresponsive. Lakey was transported to the hospital in Healdton and then to OU Medical Center in Oklahoma City, which is where he died.”

CNN affiliate KXII obtained an affidavit that says the officers were called because Lakey was reportedly screaming and running naked down a street in Wilson, the station reported.

Lakey made no aggressive moves, and the officers did not try to restrain him, KXII reported.

The OSBI statement says it then investigated and sent a report to the district attorney, who issued arrest warrants for the officers on Wednesday.

Both officers turned themselves in to the Carter County Sheriff’s Office on Thursday. They were booked on one count each of second-degree murder.

The officers were released after each posted a $250,000 bond, the OSBI statement says. CNN is attempting to reach their attorneys.

“It’s not often that we see law enforcement criminally prosecuted. The actions of these officers justifies criminal charges,” said Lakey family attorney Steven Terrill in a statement to CNN.

“The video of this incident, which our firm has worked to get released for some time, is a heart-wrenching and disturbing account of a young man dying due to the direct actions of law enforcement.”

“The actions of the district attorney in filing second degree-murder charges is a big step in providing the public with the security that law enforcement is going to be held accountable,” Terrill said.

The Daily Ardmoreite newspaper obtained a statement on Wednesday from District Attorney Craig Ladd explaining the delay in filing charges.

The OSBI investigation lasted seven months, and Ladd’s searched for an expert on use of force to review evidence added another three months, the paper reported. The COVID-19 pandemic also reportedly slowed the process by making meetings harder to schedule, the paper said.

Wilson Police Chief Kevin Coley told CNN, “I cannot speak of the case as there is still an investigation for the civil proceedings.”

The CNN Wire contributed to this report.