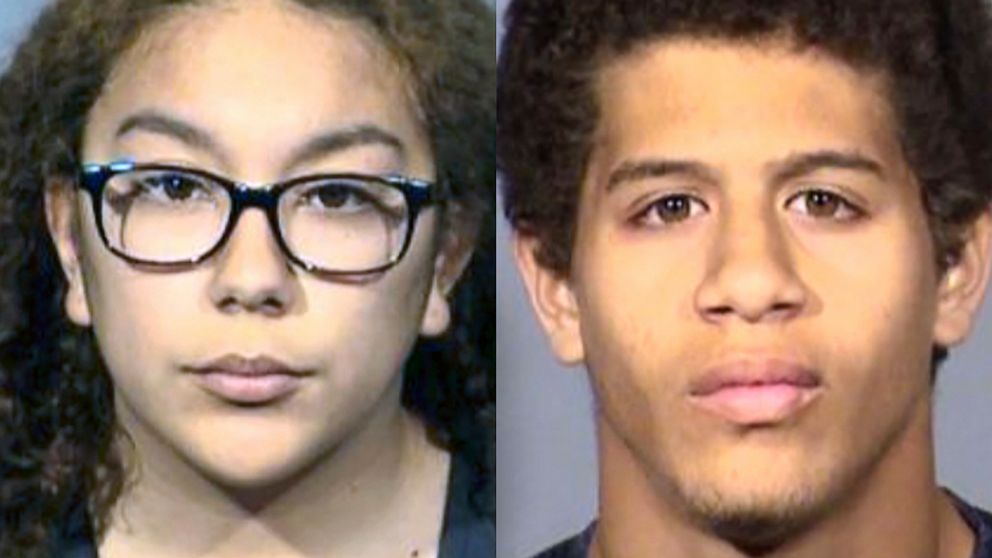 Guzman had rented a room inside the home. She was allegedly visiting with her boyfriend when a dispute about her rental agreement emerged, sparking the alleged murders, said Pust.

The chief said the pair allegedly stole Clyde’s vehicle and fled the scene.

“This was a tragic, horrific incident that’s going to stay in the minds of the family members and friends forever,” Pust told reporters.

Guzman and McCloud were eventually apprehended by officials hundreds of miles away in Las Vegas, Nevada, where they are both being held on $2 million bond, police said, according to the Press-Enterprise publication.

Pust there was evidence of blunt force trauma and strangulation in the three victims’ deaths. There was no indication of a gun being used.

Rodney Clyde told a local TV station that his daughter, Trinity, was planning to rent a room in the Lopez-Araiza house, reported The Associated Press.

“I just bought her paint yesterday,” he said. “That was my baby. That was my kid.”

“Hi friends and family we are kindly asking for donations for my niece Trinity who was brutally murdered. The way she was taken from us has been completely devastating to our family this news was completely unexpected our hearts will never fully heal without her. We are so great full for any help given no matter how big or small,” according to the page.

Another GoFundMe page was established for Wendy and Genesis Lopez-Araiza.

“They were brutally and senselessly murdered. We are asking for financial help, because this tragedy is impossible for us to handle at this moment, on our own. Please help us with the expenses surrounding this tragic situation,” the page said.

Hemet is a city of about 85,000 residents in Riverside County, located about 75 miles southeast of Los Angeles.

It wasn’t immediately clear if Guzman and McCloud had attorneys who could speak on their behalf.