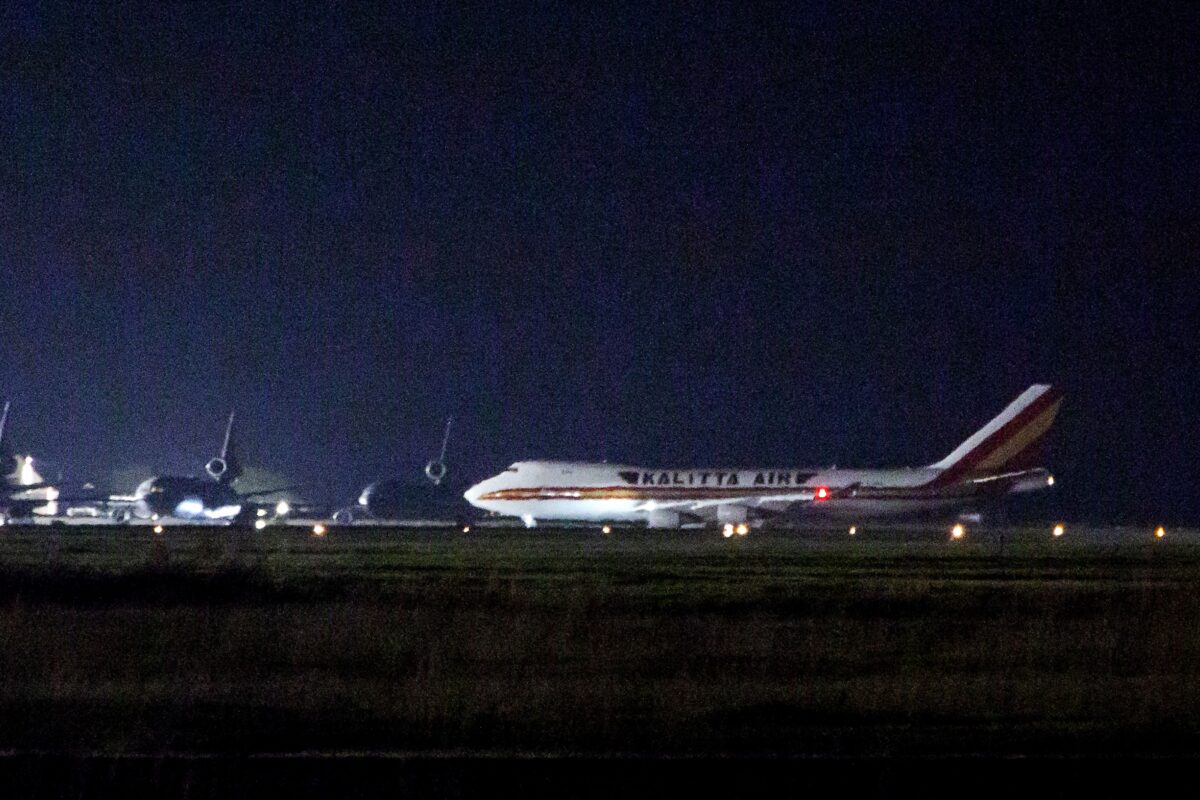 Another four Americans released from the Diamond Princess cruise ship and flown back to the United States over the weekend have tested positive for the novel coronavirus that caused an outbreak China, according to a spokeswoman for the Department of Health and Human Services.

The four cruise passengers, who had been in quarantine with other American evacuees at Travis Air Force Base in California, are now being sent to a hospital in Spokane, Washington, for treatment, officials said Thursday.

Other passengers among the over 300 who were flown home on U.S.-chartered airplanes were also placed in other military bases in California and Texas, while 13 “high-risk” passengers were transported to a specialist hospital in Omaha, Nebraska.

When it docked in Japan, the Diamond Princess was put under quarantine. But more than 600 passengers and crew have been infected with the coronavirus that has caused a large outbreak in China. The virus causes a flu-like illness and can lead to pneumonia.

Centers for Disease Control spokesman Scott Pauley said test results for the hundreds of cruise ship passengers have continued to trickle in from Japan even after their return to the United States.

The four patients moved to the Spokane hospital Thursday are among those with more recent test results. They would not have been separated from other passengers while on the flight back to the United States.

Two patients arrived at the hospital Thursday in satisfactory condition with two more expected soon, said Christa Arguinchona, who manages a special isolation unit at Sacred Heart Medical Center. The hospital is one of 10 in the nation funded by Congress to treat new or highly infectious diseases.

“The risk to the community from this particular process is zero,” said Bob Lutz of the Spokane Regional Health District at a briefing Thursday at the hospital.

11 Infected Among Evacuees Being Treated Nebraska

Meanwhile, two of the 13 passengers being monitored at the specialist hospital in Nebraska have been cleared of the virus, according to the University of Nebraska Medical Center (UNMC). The remaining 11 who arrived in the United States on Feb. 17 have been confirmed to have the virus.

According to the UNMC, 10 patients are quarantined in the facility’s National Quarantine Unit, while two others have joined a third who was earlier admitted into the adjacent Nebraska Biocontainment Unit as they were in need of additional care upon return to the United States.

All patients have separate rooms to wait out their 14-day quarantine period.

With reporting from The Associated Press.