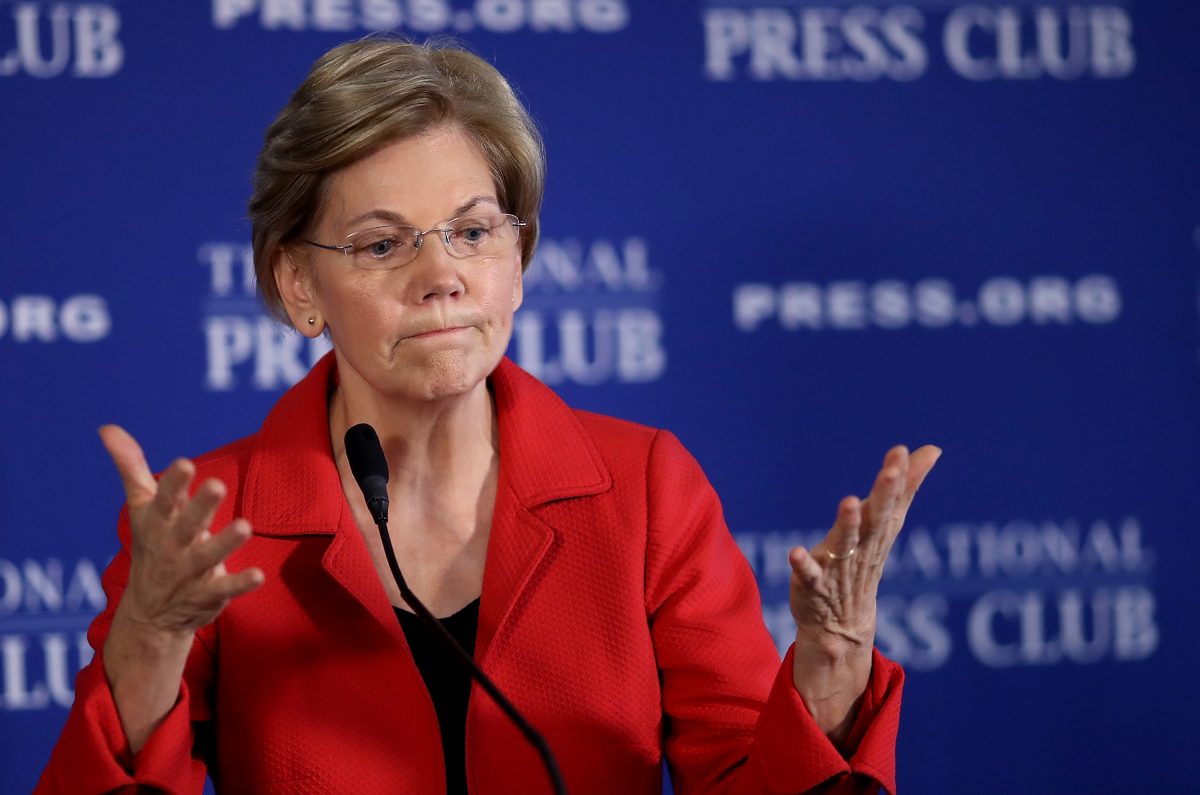 Close to 100 Democrat lawmakers signed a letter urging the acting Secretary of Homeland Security Chad F. Wolf, to rescind the Trump Administration’s policy that will require international university students to take at least one in-person class this fall in order to remain in the United States.

“Threatening to deport international students and using them as a pawn to coerce colleges to reopen this fall is cruel, senseless, and xenophobic. Nearly 100 senate and House members joined me in urging @ICEgov and @DHSgov to withdraw this dangerous proposal,” wrote Warren in a tweet Friday.

“This new policy would effectively punish international students at colleges, universities, and other institutions that have decided to move their courses online in order to protect their communities from COVID-19,” the letter reads.

“The proposed policy throws the lives of hundreds of thousands of students, and the operations of hundreds of colleges and universities, into uncertainty just weeks before the start of the fall term, to the detriment of the United States and its institutions of higher education,” the letter continues.

According to the International Education website, there are a little over a million international students at American universities and colleges.

ICE said Monday it would not allow holders of certain student visas to remain in the country if their school courses were fully online for the fall, but will exempt those students who have a blended curriculum of online and in-person classes.

Ken Cuccinelli, acting deputy secretary of the Department of Homeland Security, said the new rule is not a punishment but is in fact allowing for more students to stay in the country while not being in-person full-time.

“Well, the current rules, the regulations that govern foreign students, allow at most one online class and so we’re expanding the flexibility massively, to a level never done before, so that schools can use hybrid models and can design reopenings,” Cuccinelli said. “Anything short of 100 percent online is the direction that we’re headed. We’ve got to finish the temporary regulation, but this is more flexibility that we’re looking at than has ever been provided before.”

The Democrats in their letter went on to say, that international students “contribute immensely to the United States.”

The lawmakers added the “sudden removal of international students would weaken the country economically precisely when our fragile economy cannot afford another self-inflicted blow and would undermine higher education as one of our most significant and valuable exports.”

A number of institutions and States have filed lawsuits against the Trump Administration for the new policy including California Attorney General and John Hopkins University.

Warren and other Democrats say, “Recent statements by Administration officials suggest that DHS and ICE released this guidance as a pretext to force institutions of higher education to reopen against the advice of public health experts and local officials.”

Cuccinelli said the Administration is not trying to force universities to reopen, but to prevent fraud.

“We’re not forcing universities to reopen. However, if a university—let’s just take your version of it—if they don’t reopen this semester, there isn’t a reason for a person holding a student visa to be present in the country. They should go home, and then they can return when the school opens. That’s what student visas are for.”

In their letter, Democrats are demanding that ICE Officials appear before Congress before July 16 for a briefing to discuss the administration’s rationale for the change in policy.