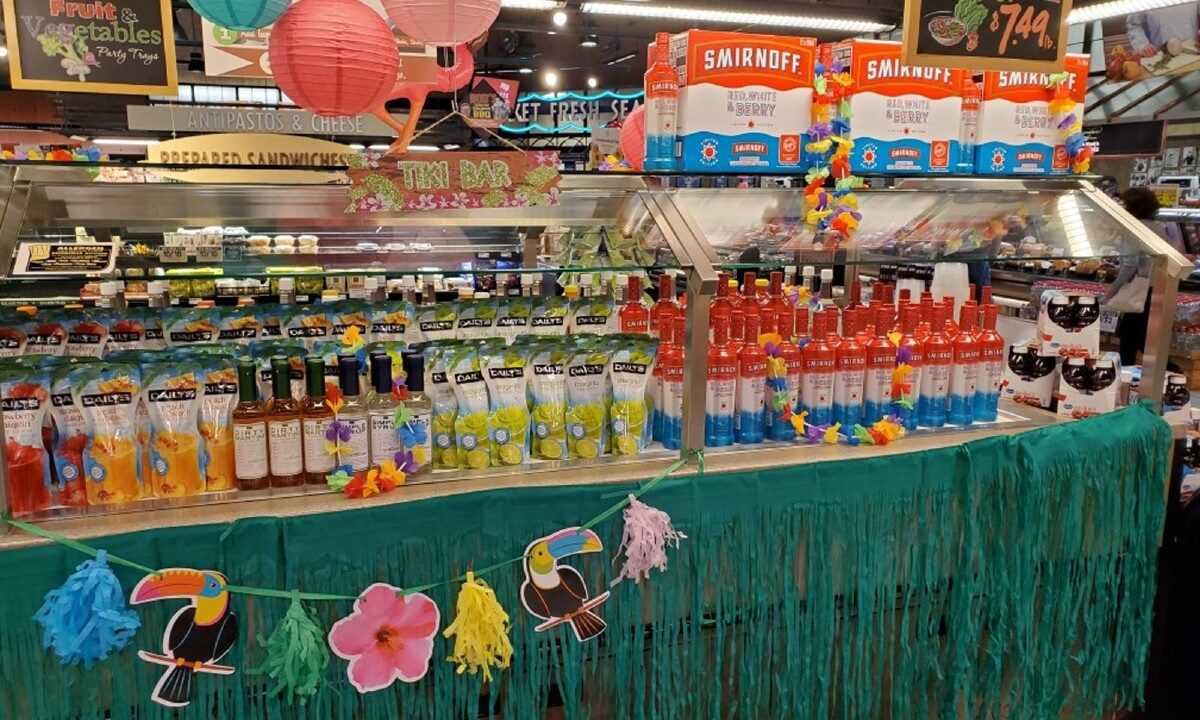 If you’ve stepped foot in a grocery store lately, you know things around your local shop look a little different as retailers take steps to slow the spread of the CCP (Chinese Communist Party) virus, commonly known as novel coronavirus.

This includes the loss of the community salad bar.

It’s among the many changes that grocery store chains are making to keep people safe, including taking workers’ temperatures and limiting the number of customers.

One grocery store in Manchester, Mo., decided their salad bars were looking a bit lonely. So what used to be filled with lettuce, tomatoes, and cucumbers is now filled with mini liquor bottles, beer, mini cereal boxes, and candy.

Dierbergs Markets is a grocery chain based in Chesterfield, Mo., with locations all over the state. In some of its locations, stores have flexed their creative muscles and transformed their salad bar space into something unique to their store.

“A crisis wasn’t going to get in the way of our team’s creativity,” Dierbergs Markets Vice President of Advertising and Marketing Jamie Collins told CNN.

Collins said the chain’s salad bars have been closed since March.

Rick Rodemacher, one of the chain’s store directors, tried other fresh food items at first, but when that didn’t work he came up with an idea to fill the empty space with beer cans and liquor bottles, Collins said.

Other stores have since put their own spin on their former salad bars with a tiki bar, cereal bar, and energy bar.

The CNN Wire and Epoch Times staff contributed to this report.