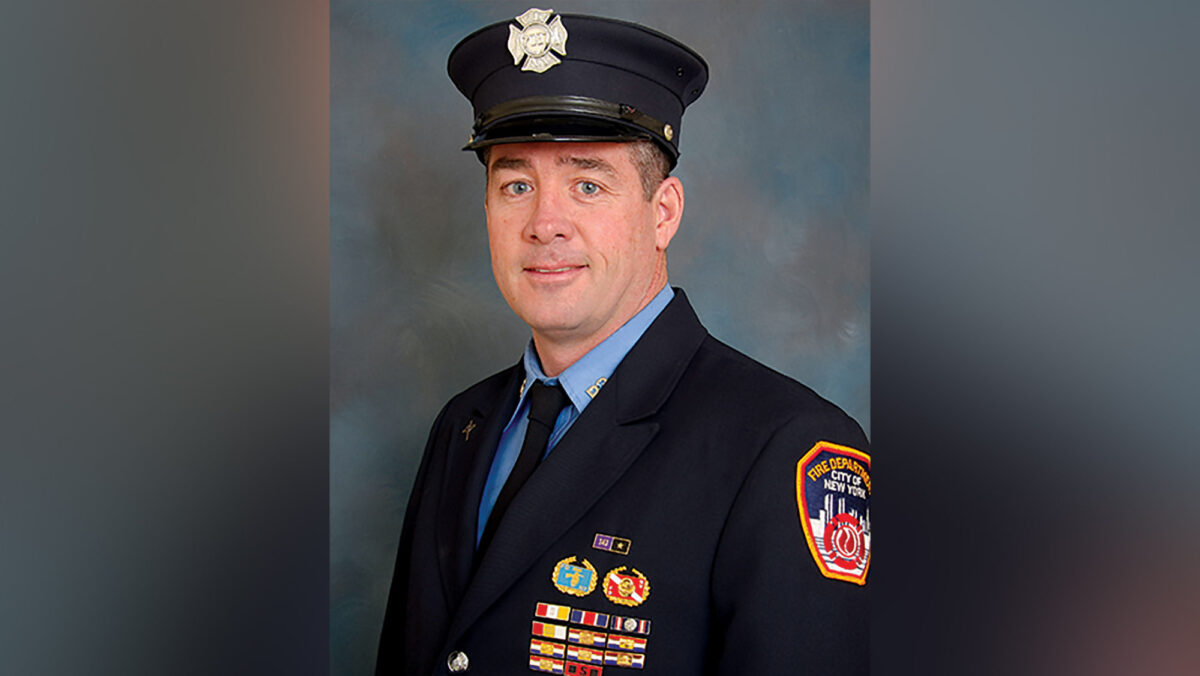 A New York City firefighter who helped recover his brother’s body after 9/11 died on Saturday from pancreatic cancer caused by his rescue efforts at Ground Zero.

But Thomas never came back home.

That was when Foley decided to join the efforts of Rescue Company 3 in the Bronx, where his brother had been stationed, to assist in rescue efforts to find Thomas.

“On the first night, Danny promised his mother and father he wouldn’t come home until he bought his brother home with him,” Lieutenant Mickey Conboy of Rescue Co. 3 told CNN affiliate WCBS on Sunday. “On the 11th day, Danny miraculously found his brother Tommy in the rubble at the World Trade Center.”

Although he was not assigned to recovery efforts with Rescue Co. 3, Foley came back every day after finding his brother. He dedicated himself to recovering the bodies of those killed in the tragedy until recovery efforts at Ground Zero officially ended in May 2002.

Foley, who was working at Ladder 49 in the Bronx at the time, officially transferred to Rescue Co. 3 in the years after 9/11, Long said.

“Danny Foley was the epitome of a great fireman. He’s going to be missed each and everyday in this firehouse and throughout the department. Danny has left an indelible mark on all of us,” Conboy said.

Foley was cited by the fire department 10 times for bravery and received three department medals for rescues he made.

The firefighter retired from the FDNY in 2019 after 21 years of service, according to Conboy. Foley was 46 when he died and leaves behind his wife and five children.

Rescue Co. 3 lost eight firefighters on 9/11, but Foley was the first firefighter at the company to die from the effects of his 9/11-related pancreatic cancer.

New York officials say 220 firefighters including Foley have now lost their lives from illnesses stemming from their time working at the World Trade Center after the terror attacks on September 11, 2001. One person dies every two weeks from a 9/11-related illness, Long told CNN.

According to the Centers for Disease Control and Prevention’s World Trade Center Health Program, exposure to the 9/11 terror attacks may have caused a range of health conditions, including acute traumatic injuries, as well as diseases of the respiratory and digestive systems.

The CDC says those exposed to the attacks also develop cancers that include lymphoma, leukemia and myeloma.

In 2019, President Donald Trump signed an act into law which authorized the extension of the 9/11 Victim Compensation Fund. The fund permanently compensates individuals injured during the 2001 terrorist attacks and making rescues and removing debris under hazardous conditions in the aftermath.

The fund was slated to expire in 2020. But the newly signed legislation, championed by comedian Jon Stewart, ensures compensation for victims through 2090.