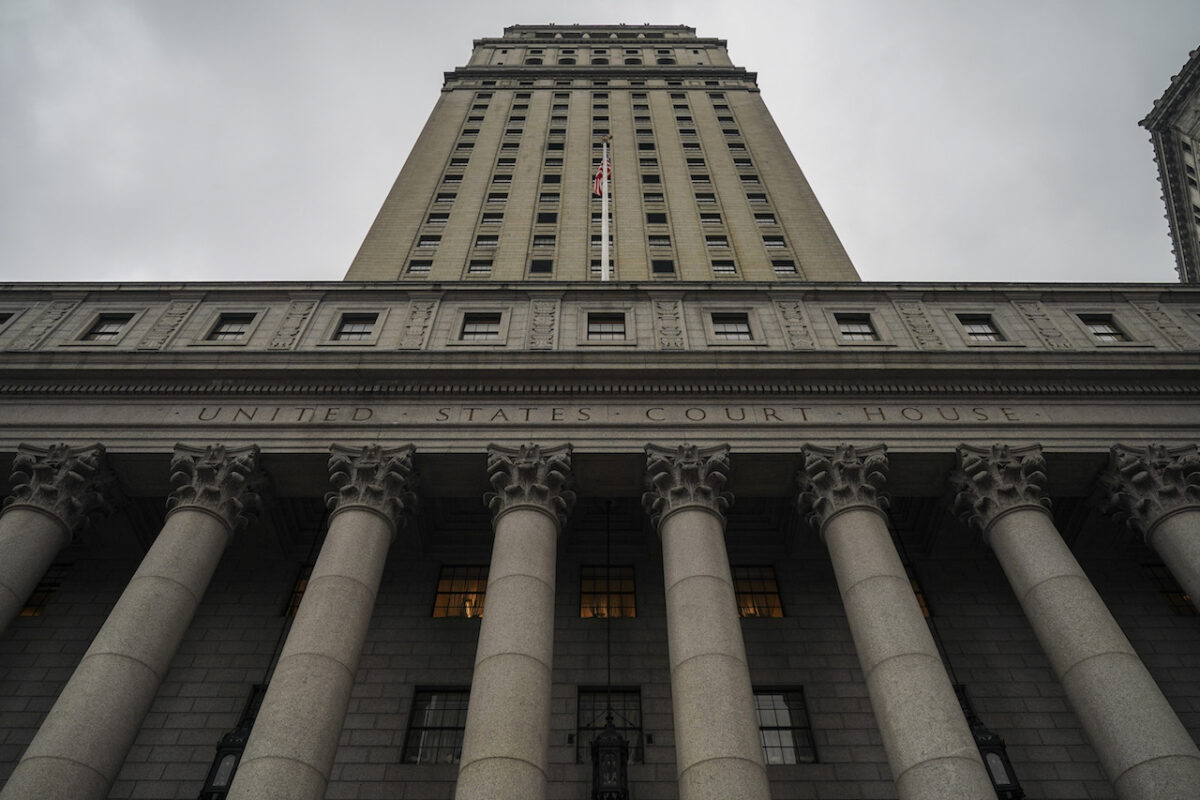 A three-panel judge of the U.S. Court of Appeals of the 2nd Circuit overturned a lower court decision that ordered the Justice Department (DOJ) to release the funds held under department policy. The lower court ruled the department lacked the authority to impose several immigration-related conditions on a federal grant program, known as the Edward Byrne Memorial Justice Assistance Grant Program (or the Byrne JAG).

The Byrne JAG grant program, administered by the Bureau of Justice Assistance (BJA), was created to provide states and local government funding to support a number of initiatives including law enforcement, prosecution, and court, prevention and education, and other related areas.

In the fiscal year of 2018, there was $269 million available under the program, according to BJA (pdf).

In 2017, then-Attorney General Jeff Sessions took steps to clamp down on so-called sanctuary cities, jurisdictions that shield illegal aliens from federal immigration agents. The department imposed three conditions on the grant program that state and city applicants had to comply with.

The conditions required states and cities to remove any restrictions on communication between state and local agencies and officials at the Department of Homeland Security (DHS); give DHS access to detention facilities to interview inmates about their immigration status; and give DHS at notice when a wanted alien is scheduled to be released from a detention facility.

Upon appeal to the 2nd Circuit, the judges reversed the decision, ruling that the “plain language of the relevant statutes authorizes the Attorney General to impose the challenged conditions.”

“We cannot agree that the federal government must be enjoined from imposing the challenged conditions on the federal grants here at issue,” Justice Reena Raggi, a President George W. Bush appointee, wrote in the opinion (pdf). “These conditions help the federal government enforce national immigration laws and policies supported by successive Democratic and Republican administrations. But more to the authorization point, they ensure that applicants satisfy particular statutory grant requirements imposed by Congress and subject to Attorney General oversight.”

“Nor can we agree with the district court that the challenged conditions impermissibly intrude on powers reserved to the States,” the judge said.

The 2nd Circuit ruling goes against rulings from three other appeals courts—the 9th Circuit, 7th Circuit, and 3rd Circuit—that have upheld injunctions blocking the enforcement of some or all of the DOJ conditions.

The DOJ spokesperson said in a statement sent to The Epoch Times that the decision “rightfully recognizes the lawful authority of the Attorney General to ensure that Department of Justice grant recipients are not at the same time thwarting federal law enforcement priorities.”

“The grant conditions here require states and cities that receive DOJ grants to share information about criminals in custody. The federal government uses this information to enforce national immigration laws—policies supported by successive Democrat and Republican administrations. All Americans will benefit from increased public safety as this Administration is able to implement its lawful immigration and public safety policies. While today’s ruling is a major victory for Americans, its full scope will not be realized until the practices of granting nationwide injunctions and associational injunctions are stopped, as certain cities that are parties to this judgment may nonetheless use rulings from other courts to evade these lawful conditions,” the spokesperson said.

The Epoch Times contacted the offices of the state attorneys general. New Jersey Attorney General Gurbir S. Grewal said in an emailed statement to The Epoch Times that he was disappointed by the ruling.

“Even though today’s court decision has no immediate impact, we’re nonetheless disappointed by the ruling,” Grewal said. “The Justice Department is holding hostage millions of dollars in grant funding that our state and local law enforcement partners rely on to carry out their public safety mission. It’s unfortunate that the federal government has decided to weaponize the federal grant funding process in order to carry out the President’s anti-immigrant agenda, but I’m confident that we will ultimately prevail in the courts.”

Meamwhile, a spokesperson from the Rhode Island attorney general office told The Epoch Times in an emailed statement that they were “reviewing today’s decision along with our state counterparts to decide on next steps.”

Charlotte Cuthbertson contributed to this report.