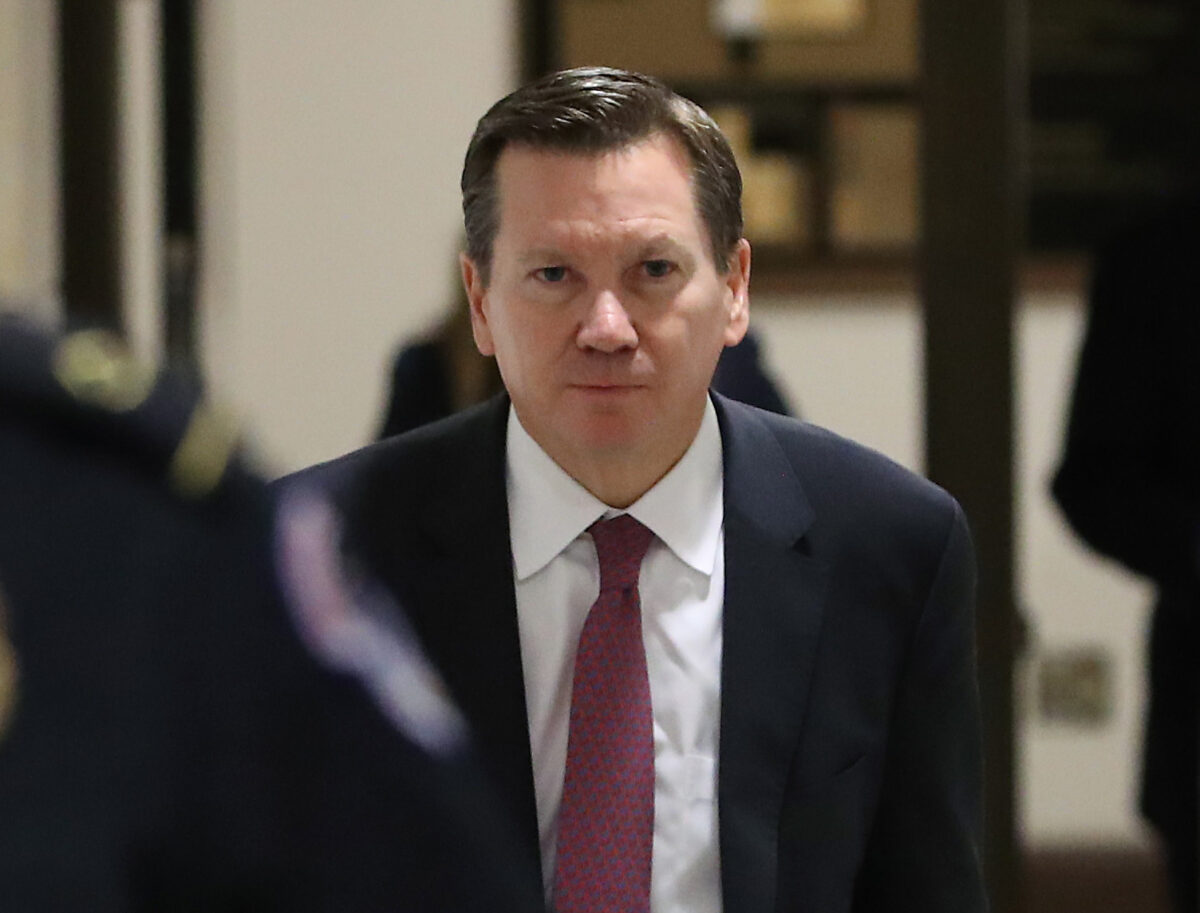 “It is hard not to think that the president’s loss of confidence in me derives from my having faithfully discharged my legal obligations as an independent and impartial inspector general, and from my commitment to continue to do so,” Atkinson said in a statement made public late April 5.

Trump told Schiff and other congressional intelligence officials on April 3 that he was terminating Atkinson effective in 30 days after losing confidence in him. Trump named National Geospatial-Intelligence Agency General Counsel Thomas Monheim as Atkinson’s acting replacement.

Asked about the action during the White House Coronavirus Task Force media briefing on April 4, Trump said Atkinson’s actions regarding the whistleblower’s complaint were “a total disgrace.”

Trump said Atkinson “did a terrible job. Absolutely terrible. He took a whistleblower report, which turned out to be a fake report, it was a fake, it was about my conversation with the president of Ukraine, and he brought it to Congress with an emergency.”

Trump’s conversation with Ukrainian President Volodymyr Zelensky occurred July 25, 2019, and a transcript was released Sept. 25, 2019. The whistleblower, who hasn’t been officially identified, wasn’t among the White House and intelligence officials who overheard the conversation.

House Democrats impeached Trump on two charges, abuse of power and obstruction of Congress, based largely on the complaint. The Senate, which is controlled by Republicans, decisively rejected both charges in acquitting Trump.

Trump’s description of Atkinson’s job performance as “absolutely terrible” may have, besides the impeachment events, alluded to recent controversies involving him.

Atkinson figured prominently in multiple controversies in the FBI’s spying on members of Trump’s 2016 campaign, based on allegations they were cooperating with Russian intelligence interests against the Democratic nominee, former Secretary of State Hillary Clinton.

All of the flaws in the applications submitted by the Bureau to the court were related to “Woods Procedures,” which require the FBI to document its evidence to justify such applications and certifying to the credibility and accuracy of the evidence.

The DOJ IG said there were on average 20 serious flaws in the applications reviewed.

After leaving the Justice Department, McCord became a counsel to Schiff’s impeachment effort.

A White House spokesman declined to comment when asked April 6 by The Epoch Times if the Horowitz memorandum was a factor in the president’s deliberations in firing Atkinson.

It was also reported after Atkinson forwarded the whistleblower’s complaint to Congress as an “urgent” matter that the ICIG had changed a key requirement for such a document to be accepted as credible.

In a Sept. 30, 2019, statement, Atkinson’s office admitted that “consistent with the law, the new forms do not require whistleblowers to possess first-hand information in order to file a complaint or information with respect to an urgent concern”

The changed form was first reported by The Federalist co-founder Sean Davis.

Schiff has since refused repeated requests from congressional Republicans and members of the media to make public the transcript of Atkinson’s secret testimony about his role in the whistleblower complaint saga.

Congress is on its Easter recess, so reaction has been quiet.

Senate Finance Committee Chairman Charles Grassley (R-Iowa), a longtime defender of the IG system and a critic of the FBI’s conduct regarding the FISA court, said in a statement April 4 that “Congress has been crystal clear that written reasons must be given when IGs are removed for a lack of confidence. More details are needed from the administration.”

Speaker of the House Nancy Pelosi (D-Calif.) called Trump’s action a “shameful late-night firing” and “a brazen act against a patriotic public servant.”