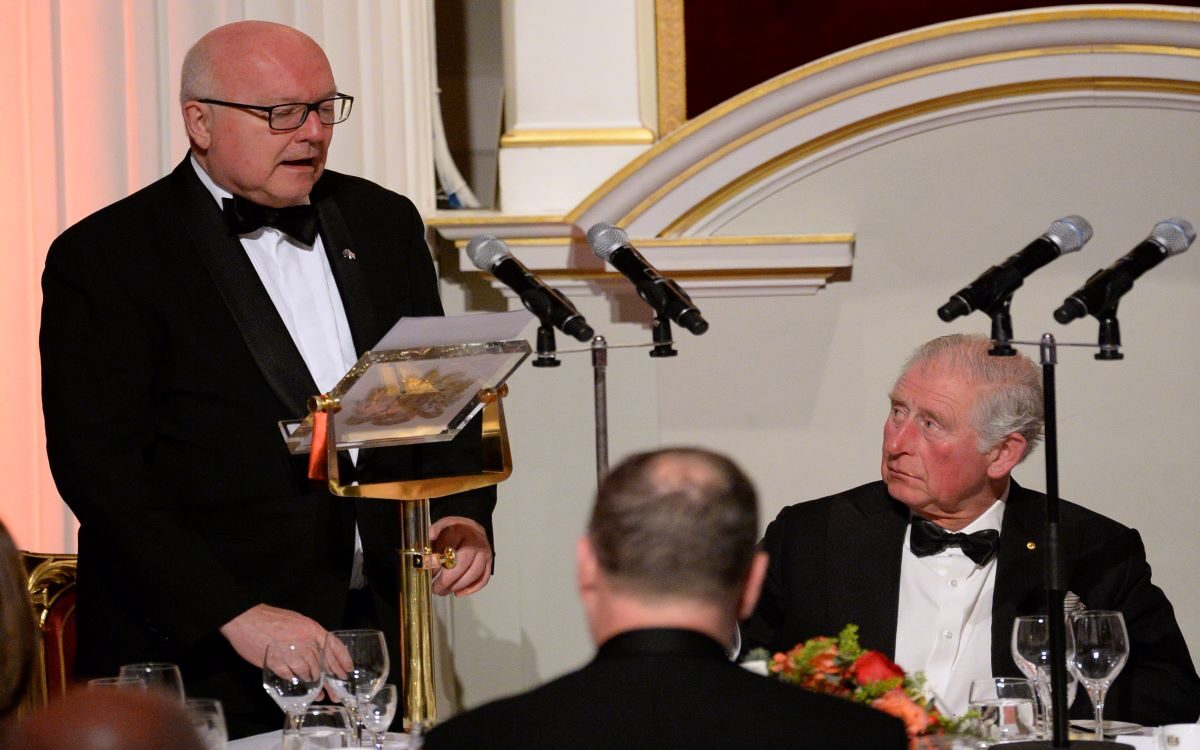 Australia’s highest-ranking diplomat in the UK has issued a call to arms for the UK to stand firm on its shared values in the face of “a different kind of crisis.”

Speaking at the annual Gallipoli Memorial Lecture in London on June 25, Brandis said that Australia and the UK need to “stand together as liberal democracies in defense of our institutions and our way of life.”

Highlighting the unique situation the world is in as the COVID-19 pandemic unfolds, Brandis noted that while the world is focusing on responding to and recovering from the epidemic, some countries are seeking to “take advantage of the emergency to pursue interests hostile to our own.”

Brandis went on to explain that the world had found itself back—much like it was during the battle at Gallipoli—in a contest between “open societies” and closed ones as countries like China have launched a disinformation war on democratic governments around the world.

Liberal Democracies Must Be ‘Vigilant’ Amid China Disinformation War

The Chinese regime has been vocal in its criticism of democratic countries’ call for an inquiry into the origins of the CCP (Chinese Communist Party) virus, commonly known as novel coronavirus.

In April, Chinese embassies around the globe started utilizing wolf warrior diplomacy to lambast international governments that criticized the regime over its handling of the CCP virus.

In countries like Australia and France, Chinese envoys made a consistent effort to accusing the governments of abandoning its people and of slandering China.

Citing a report by the Australian Strategic Policy Institute published in August 2019, Brandis noted how the CCP had increasingly used Western social media to engage in a campaign of disinformation on medical, political, and economic lines.

He said this activity complicated global health care responses and economic recovery efforts in democracies around the world.

“But recent events remind us of how vigilant liberal democracies must be,” Brandis said.

“We must be ever more alert to defend our values, to protect our political systems, and proudly to assert the virtue of free societies organized around the fundamental liberal principle of the inviolable rights of every citizen.”

Standing Together Against Oppression

While warning that democracies everywhere needed to strengthen and deepen cooperation in defense of its shared values, Brandis said Australia felt strongly about Hong Kong.

“We continue to raise our serious concerns that the legislation will undermine the One Country Two Systems principle and erode human rights and individual freedoms that have been guaranteed by the basic law and by the 1984 Sino-British Joint Declaration,” said Brandis.

Explaining that Australia had been the target of a massive foreign interference campaign, Brandis told those present Australia had experienced a range of attacks recently.

The recent attacks include cyber-intrusion and intellectual property theft; interference in election outcomes and foreign entryism into our political parties; the strategic acquisition of critical infrastructure and assets; interference in government decisions and universities; and disinformation campaigns in traditional and social media.

Calling on the UK to learn from Australia’s experience and “the ways we seek to protect ourselves domestically from evolving threats to our security,” Brandis urged greater engagement between Australia and the UK.

“At a time when the rules-based international order is once again being tested, when the values and efficacy of the liberal democracies are once again being challenged when our political systems are increasingly being threatened by hostile interference, the depth and strength of that partnership has never been so important,” Brandis said.