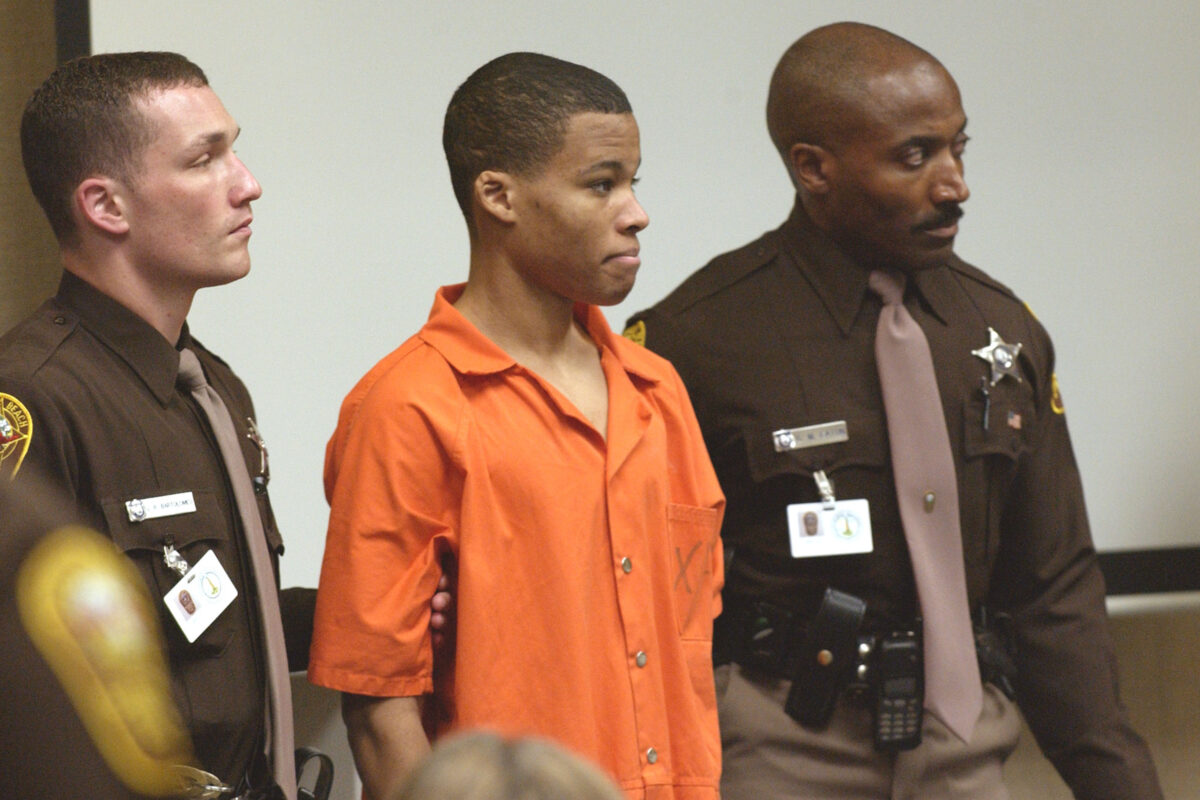 The “Beltway Sniper” co-defendant has withdrawn his appeal to the Supreme Court asking for reconsideration of life sentences without parole for murders committed when he was 17.

Virginia has enacted legislation making him eligible to seek parole.

Lee Boyd Malvo, now 35, partnered with John Allen Muhammad to commit 10 murders in a killing spree that lasted from Sept. 5 to Oct. 22, 2002. They shot victims from a rolling sniper’s nest they created by cutting a hole in a car’s trunk. They reportedly shot 27 people around the nation, 17 of whom died, including the 10 Washington-area victims. Muhammad, an expert marksman who joined the Nation of Islam, was executed in 2009.

Even if Malvo is granted parole in Virginia, he will still be required to serve his life sentences without parole in Maryland. But Malvo is currently seeking resentencing for his Maryland convictions in a U.S. District court.

Brian Saccenti, chief of the Maryland Office of the Public Defender’s Appellate Division, told The Washington Post that Maryland’s state courts had been putting off dealing with juvenile case resentencings until the Supreme Court ruled on Malvo’s request.

“Maybe this will allow our cases to start moving forward,” he said.

In 1995, Virginia abolished parole, but on Feb. 24, Virginia Gov. Ralph Northam, a Democrat, signed HB 35, championed by House of Delegates member Joseph C. Lindsey, another Democrat, which, when it takes effect July 1, will give juvenile offenders the right to parole eligibility after serving at least 20 years of their sentence.

The paperwork needed to seek dismissal of Malvo’s case was filed with the Supreme Court the same day.

“In light of legislation signed today by the Governor of Virginia,” the Stipulation of Dismissal asked Clerk of the Supreme Court Scott S. Harris to “enter an order of dismissal pursuant to Rule 46.1.”

The jurisprudence on juvenile sentencing has been evolving.

In 2005, the Supreme Court ruled in Roper v. Simmons that executing individuals who were under 18 at the time they committed their crimes violated the Eighth Amendment’s ban on cruel and unusual punishment.

Miller held that “mandatory life without parole for those under the age of 18 at the time of their crimes violates the Eighth Amendment’s prohibition on ‘cruel and unusual punishments.’”

In Montgomery, the court held that the Miller ruling “announced a substantive rule of constitutional law” that must be given “retroactive effect.”

The case found its way to the high court after a U.S. district court refused to review Malvo’s sentence. He appealed and the 4th Circuit Court of Appeals sided with him.

With the backing of the Trump administration, Virginia appealed, arguing in a brief that Malvo “committed one of the most notorious strings of terrorist acts in modern American history.”