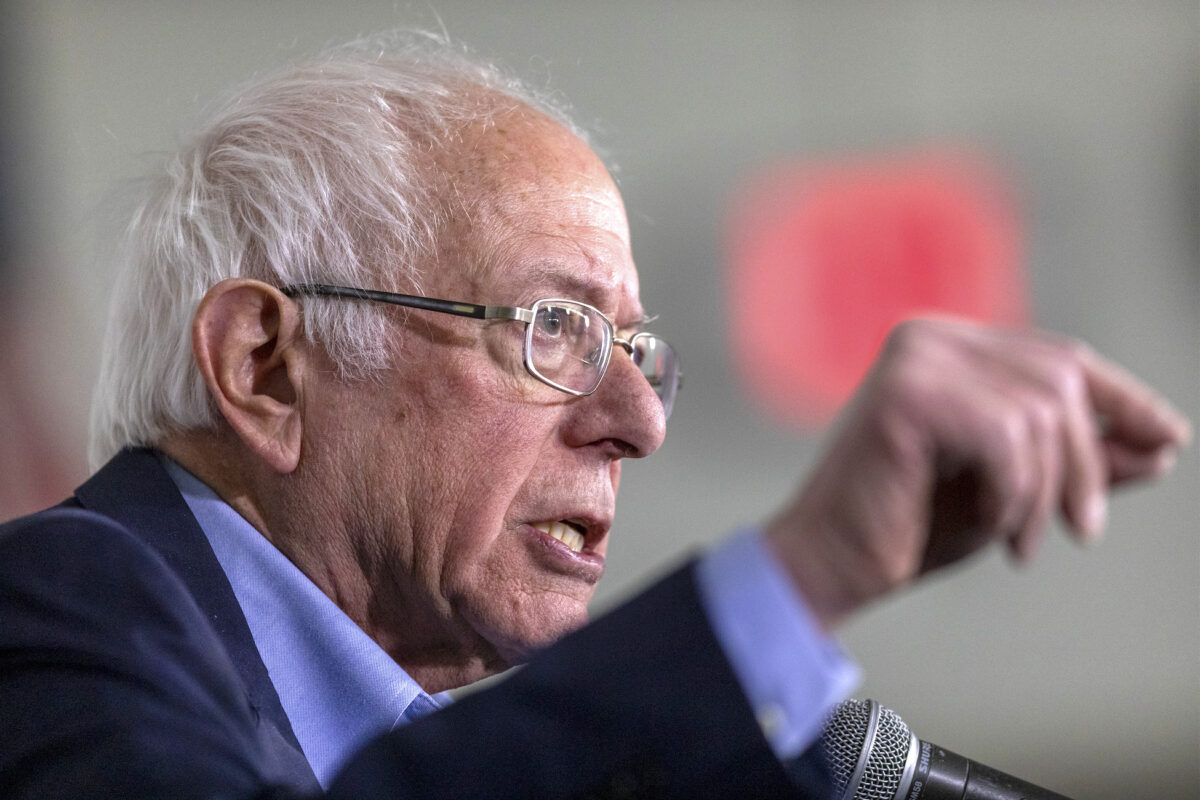 Democratic presidential candidate Bernie Sanders on Friday warned Russia to stay out of U.S. elections after The Washington Post reported, citing anonymous sources, that U.S. officials had told Sanders that Russia is trying to aid his presidential campaign.

“The intelligence community is telling us they are interfering in this campaign, right now, in 2020. And what I say to Mr. Putin, if elected president, trust me you are not going to be interfering in American elections,” Sanders told reporters in Bakersfield, California.

It was not clear what form the Russian assistance took, the paper said.

“I do not consider Vladimir Putin a good friend,” Sanders said in a statement released following the Washington Post report. “He [Putin] is an autocratic thug who is attempting to destroy democracy and crush dissent in Russia. Let’s be clear; the Russians want to undermine American democracy by dividing us up … I stand firmly against their efforts and any other foreign power that wants to interfere in our election.”

“Some of the ugly stuff on the internet attributed to our campaign may well not be coming from real supporters,” he added.

Sanders, in his statement, attributed the “extraordinary grassroots organization,” “grassroots fundraising” and “agenda that speaks to the needs of working-class people” as contributing to “the strongest campaign to defeat Donald Trump.”

The 78-year-old democratic socialist from Vermont is considered the front-runner for the Democratic nomination and is favored to win the Nevada caucuses on Saturday.

Sanders said he was briefed about possible interference about a month ago.

“We were told that Russia, maybe other countries, are going to get involved in this campaign,” he told reporters, according to Reuters. “Look, here is the message: To Russia, stay out of American elections.”

The Kremlin on Friday denied that Russia was interfering in the U.S. presidential campaign to boost Trump’s re-election chances, following reports that American intelligence officials warned Congress about the election threat last week.

“These are more paranoid announcements which, to our regret, will multiply as we get closer to the [U.S.] election,” Kremlin spokesman Dmitry Peskov told reporters, reported Reuters. “They have nothing to do with the truth.”

On Friday, President Donald Trump wrote on Twitter that “[a]nother misinformation campaign is being launched by Democrats in Congress” that Russia has interfered in elections on his behalf.