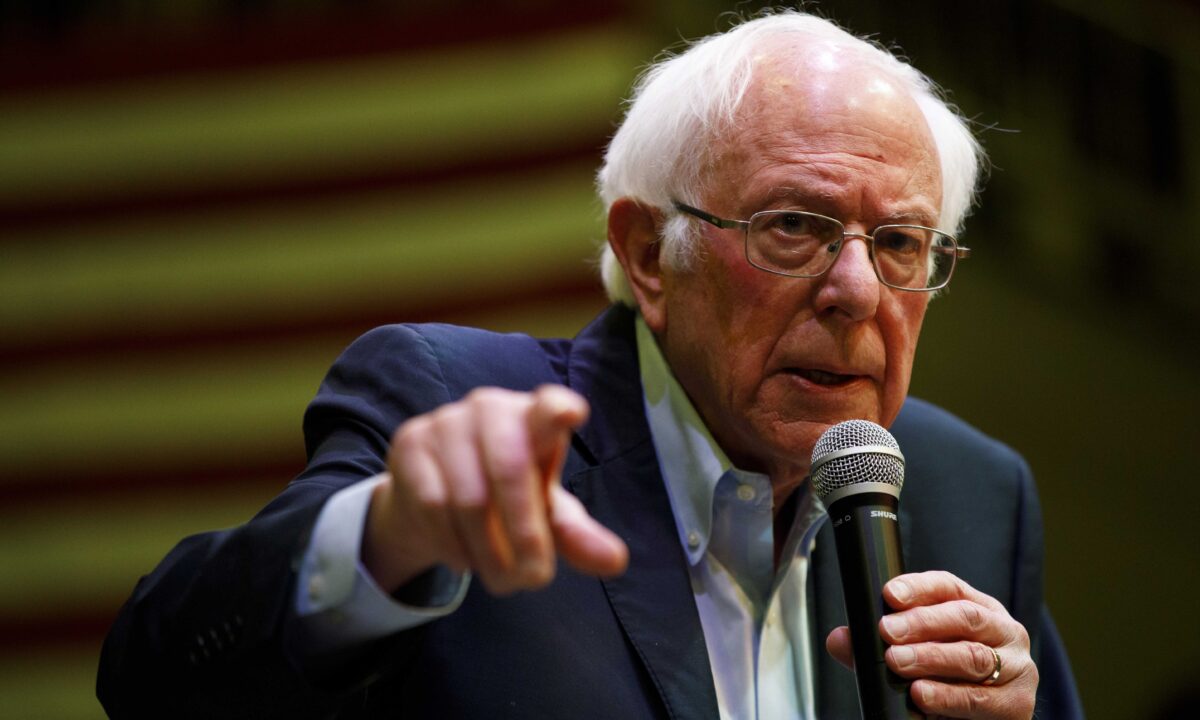 During Wednesday’s Democratic debate, Senator Bernie Sanders suggested that foreign trolls could be responsible for the intense negativity among some of his supporters, alluding to the misinformation campaign launched by Russian actors during the start of the 2016 election.

Vermont senator defended the “99.9 percent” of his supporters on Twitter that “are decent human beings,” after moderators asked whether his supporters are “making it harder for Democrats to unify in November.”

Pressing him on the issue, contender Pete Buttigieg said, “At a certain point, you’ve got to ask yourself, ‘Why did this pattern arise? Why is it especially the case among your supporters?’”

“All of us remember 2016, and what we remember is efforts by Russians and others to try to interfere in our election and divide us up. I’m not saying that’s happening, but it would not shock me,” Sanders said.

“And if there are a few people who make ugly remarks, who attack trade union leaders, I disown those people. They are not part of our movement,” Sanders said.

Sanders’s Medicare for All plan would end union healthcare plans, which has seen some union leaders speak out against the proposed policy.

Twitter has rejected the Democratic presidential hopeful’s implication that foreign actors could be responsible for the hateful attacks by Twitter users claiming to be Bernie supporters.

A Twitter spokesperson told CNBC, “Using technology and human review in concert, we proactively monitor Twitter to identify attempts at platform manipulation and mitigate them. As is standard, if we have reasonable evidence of state-backed information operations, we’ll disclose them following our thorough investigation to our public archive—the largest of its kind in the industry.”

A Facebook spokesperson also told CNBC that the company has no evidence that Russians are manipulating the activity of supposed Sanders supporters online.

On Wednesday, Alexandria Ocasio-Cortez, who has endorsed Sanders, was asked about the ‘Bernie Bros’ during an interview on the talk show “The View.”

“I want to talk about the ‘Bernie Bros,’” host Megan McCain said. “The one thing that connects women on the left and the women on the right … is the abuse that we have all been subjected to by ‘Bernie Bros.’ It is, by far … the most violent, the most misogynistic, the most sexist, the most harmful.”

The Bronx/Queens representative responded to McCain’s comment by acknowledging that sexism and racism are an over-all problem with internet culture.

“We also know the amount of anonymous activity that happens on the internet,” Ocasio-Cortez said. “And that’s simply—it’s difficult. It is difficult to control. You have, like, a Twitter handle with a bunch of numbers on it with two followers that are lobbing vitriol at you. We don’t know where that comes from, but I know it doesn’t come from the campaign.”

Allegations that a group of Sanders supporters has been harassing people on social media for preferring other candidates has become a heated issue for the Sanders campaign.

The ‘Bernie Bros’—a term coined to describe the outspoken supporters of Sanders who’ve been accused of harassment—have previously drawn criticism from Sanders’s staffers. Now, Sanders himself has taken a stance on the issue.

“Talk to some of the African-American women on my campaign … and find the vicious, racist, sexist attacks coming their way as well … We should do everything we possibly can to end the viciousness and ugliness on the internet,” he said.