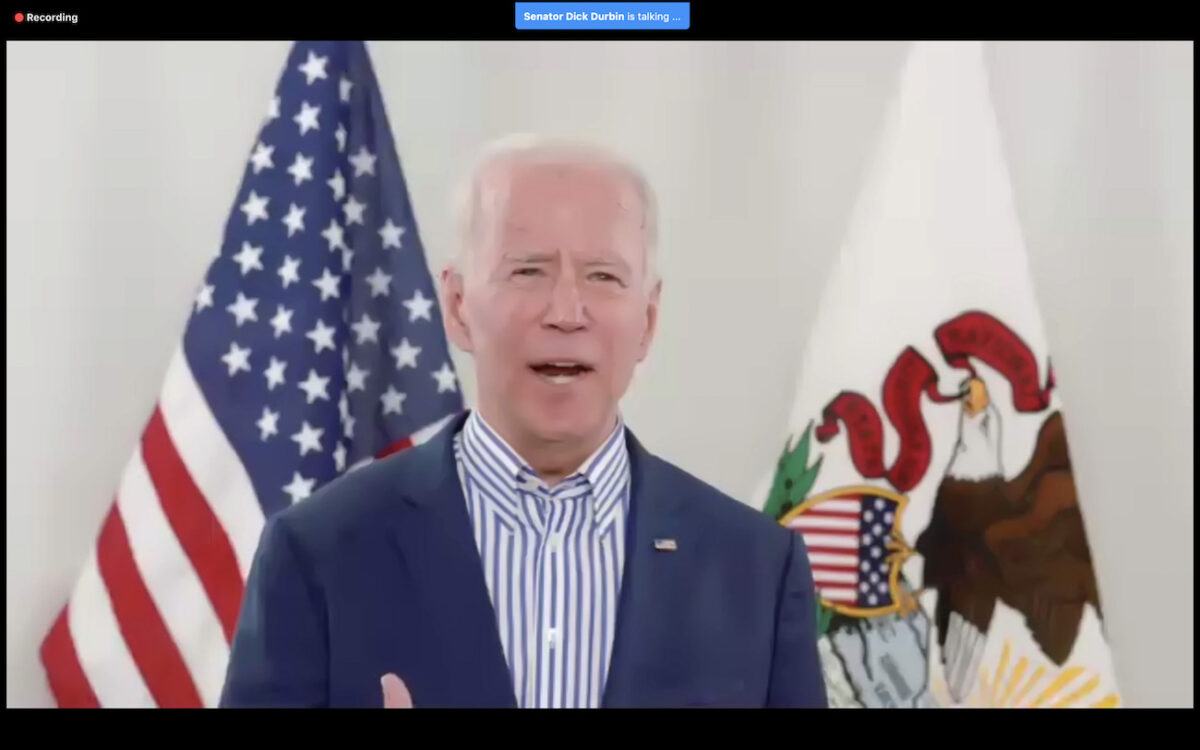 Presumptive Democratic presidential nominee Joe Biden on Friday said that he “should not have been so cavalier” after he told a radio host that African Americans who back President Donald Trump “ain’t black.”

The comment was interpreted by some as presuming black Americans would vote for him.

“I shouldn’t have been such a wise guy,” Biden later told black business leaders in a call with the U.S. Black Chamber of Commerce that was added to his public schedule.

“No one should have to vote for any party based on their race or religion or background.”

“I don’t take it for granted at all and no one should have to vote for any party based on their race, religion or background. There are African Americans who think Trump is worth voting for,” Biden added, according to The Hill. “I don’t think so and I’m prepared to put my record against his, that was the bottom line and it was really unfortunate, I shouldn’t have been so cavalier.”

Biden had received criticisms in response to his comments made earlier in the day on “The Breakfast Club,” a popular radio program in the black community.

On the radio program, host Charlamagne Tha God asked Biden about reports that he is considering a certain senator to be his vice presidential running mate. The host told Biden that black voters “saved your political life in the primaries” and “have things they want from you.”

A Biden aide then sought to end the interview, prompting the host to say, “You can’t do that to black media.”

Biden responded, “I do that to black media and white media,” and said his wife needed to use the television studio.

“Listen, you gotta come see us when you come to New York, VP Biden,” the host said. “It’s a long way until November, we got more questions.”

“I will. You got more questions but I tell you, if you’ve got a problem figuring out whether you’re for me or for Trump, then you ain’t black.”

“It don’t have nothing to do with Trump, it has to do with the fact I want something for my community,” the host responded.

The interview ended amicably, and Biden expressed that he looked forward to seeing the host in person.

“White liberal elitists have continuously dictated which Black Americans are allowed to come to the table and have a voice. It is clear now more than ever, following these racist and dehumanizing remarks, that Joe Biden believes Black men and women are incapable of being independent or free thinking,” Katrina Pierson, a senior advisor to the campaign, said in a statement.

“He truly believes that he, a 77-year-old white man, should dictate how Black people should behave. Biden has a history of racial condescension and today he once again proved what a growing number of Black Americans and I have always known: Joe Biden does not deserve our votes.”

The Biden campaign didn’t immediately return a request for comment.

Symone Sanders, a Biden adviser, wrote on social media that the former Vice President’s comments “were in jest.”

“Vice President Biden spent his career fighting alongside and for the African American community. He won his party’s nomination by earning every vote and meeting people where they are and that’s exactly what he intends to do this November,” Sanders wrote.

“The comments made at the end of the Breakfast Club interview were in jest, but let’s be clear about what the VP was saying: he was making the distinction that he would put his record with the African American community up against Trump’s any day. Period.”

Zachary Stieber and The Associated Press contributed to this report.