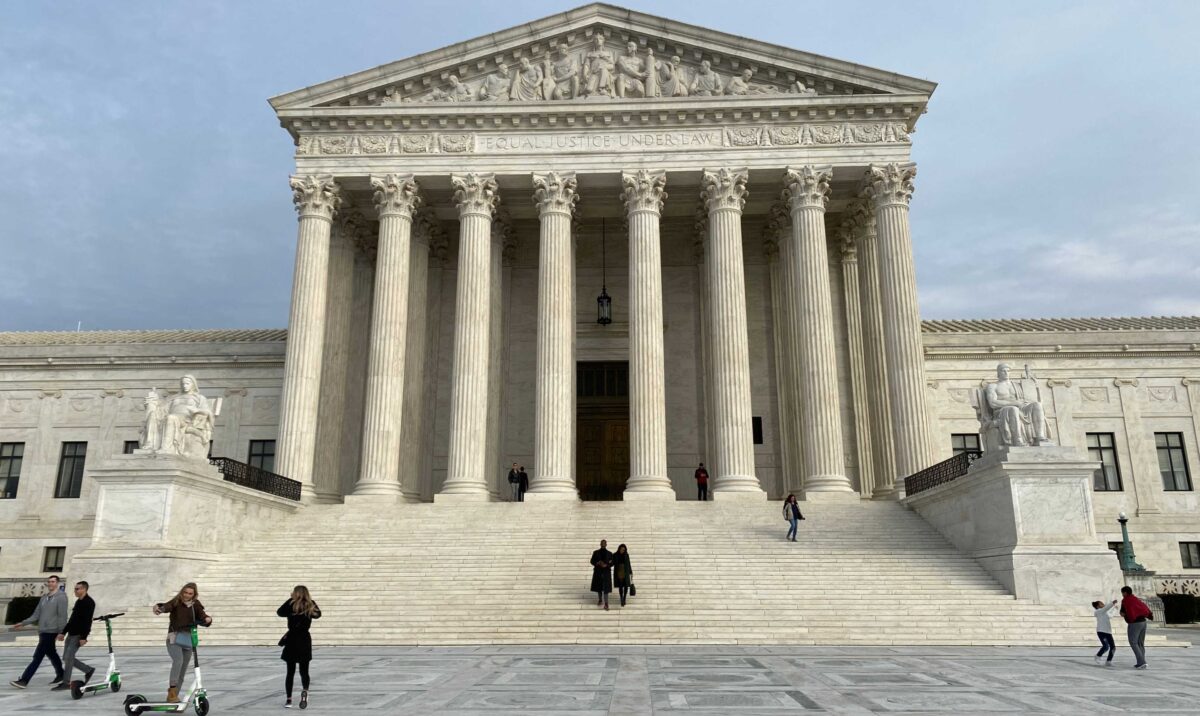 A Southern Californian church’s fight to hold in-person church services amid the pandemic has reached the U.S. Supreme Court after the church filed an emergency appeal asking the justices for relief from Gov. Gavin Newsom’s lockdown measures.

Attorneys for South Bay United Pentecostal Church and Bishop Arthur Hodges requested on Sunday the top court to intervene in the case by granting an injunction against Newsom’s order that bans in-person church services. Although the state is at stage two of its re-opening plan, in-person religious services will only be allowed during the third phase of the plan, along with other “higher risk workplaces.”

On Monday, California issued guidance in which county health departments can approve the reopening of churches, mosques, synagogues, and other houses of worship. Under the guidance (pdf), in-person services must be limited to attendance to 25 percent of building capacity or a maximum of 100 attendees, whichever is lower.

The request for an injunction comes after a federal appeals court rejected a similar emergency motion for injunctive relief on May 22.

The judges in the 9th U.S. Circuit Court of Appeals ruled in 2-1 to uphold the state’s ban, finding that the order did not contravene the First Amendment’s free exercise clause.

“We’re dealing here with a highly contagious and often fatal disease for which there presently is no known cure,” Judges Barry Silverman, a Clinton appointee, and Jacqueline Nguyen, an Obama appointee, wrote (pdf). “In the words of Justice Robert Jackson, if a ‘[c]ourt does not temper its doctrinaire logic with a little practical wisdom, it will convert the constitutional Bill of Rights into a suicide pact.’”

A third judge, Daniel Collins, a Trump appointee, wrote a dissent in the case arguing that the state’s ban “likely violates the Free Exercise Clause of the First Amendment.”

“I do not doubt the importance of the public health objectives that the State puts forth, but the State can accomplish those objectives without resorting to its current inflexible and overbroad ban on religious services,” Collins wrote.

Collins also argued that a 1905 Supreme Court precedent, Jacobson v. Massachusetts, which upheld the state’s authority to enforce compulsory vaccination for smallpox, did not apply to free exercise claims. That case raised important questions about the state’s power to take action to protect public health and the Constitution’s protection of individual freedoms.

“The State’s motion cites no authority that can justify its extraordinary claim that the current emergency gives the Governor the power to restrict any and all constitutional rights, as long as he has acted in ‘good faith’ and has ‘some factual basis’ for his edicts,” he wrote. “Nothing in Jacobson supports the view that an emergency displaces normal constitutional standards. Rather, Jacobson provides that an emergency may justify temporary constraints within those standards.”

The 9th Circuit court’s decision came on the same day President Donald Trump urged governors across the nation to let churches and other houses of worship reopen. He described places of worship as “very important” and “essential.”

In their emergency application, the lawyers argued that Newsom’s orders “arbitrarily discriminate against places of worship” and violate the First Amendment’s free exercise clause.

The lawyers argued that the state’s four-stage reopening plan allows manufacturing, warehousing, retail, offices, seated dining at restaurants, and schools to reopen in stage two but singles out places of worship by deeming in-person services as a “higher-risk workplace” for stage three reopening, along with movie theaters, salons, and gyms.

“This plan is a blatant violation of the Free Exercise Clause of our First Amendment,” Tom Brejcha, president and chief counsel for the Thomas More Society, said in a statement. Thomas More Society is representing the church along with other lawyers.

California has previously been warned by the Justice Department that Newsom’s public health orders may be discriminatory against churches. In a letter on May 19, the department expressed “several” concerns over the state’s health orders, which were enacted to slow the spread of the CCP (Chinese Communist Party) virus.

Attorney General William Barr had previously urged U.S. attorneys general across the country to “be on the lookout” for state and local restrictions that could be running afoul of constitutional rights and civil liberties of individual citizens.

He has been vocal in calling out state and local restrictions that “single out religion for special burdens.” Barr also indicated that governors’ lockdown restrictions should only apply for the limited purpose of slowing down the spread of the virus, as they were never meant to be permanent measures. When there is some progress in mitigating the spread, states need to begin developing more targeted approaches, he said.

Katabella Roberts contributed to this report.