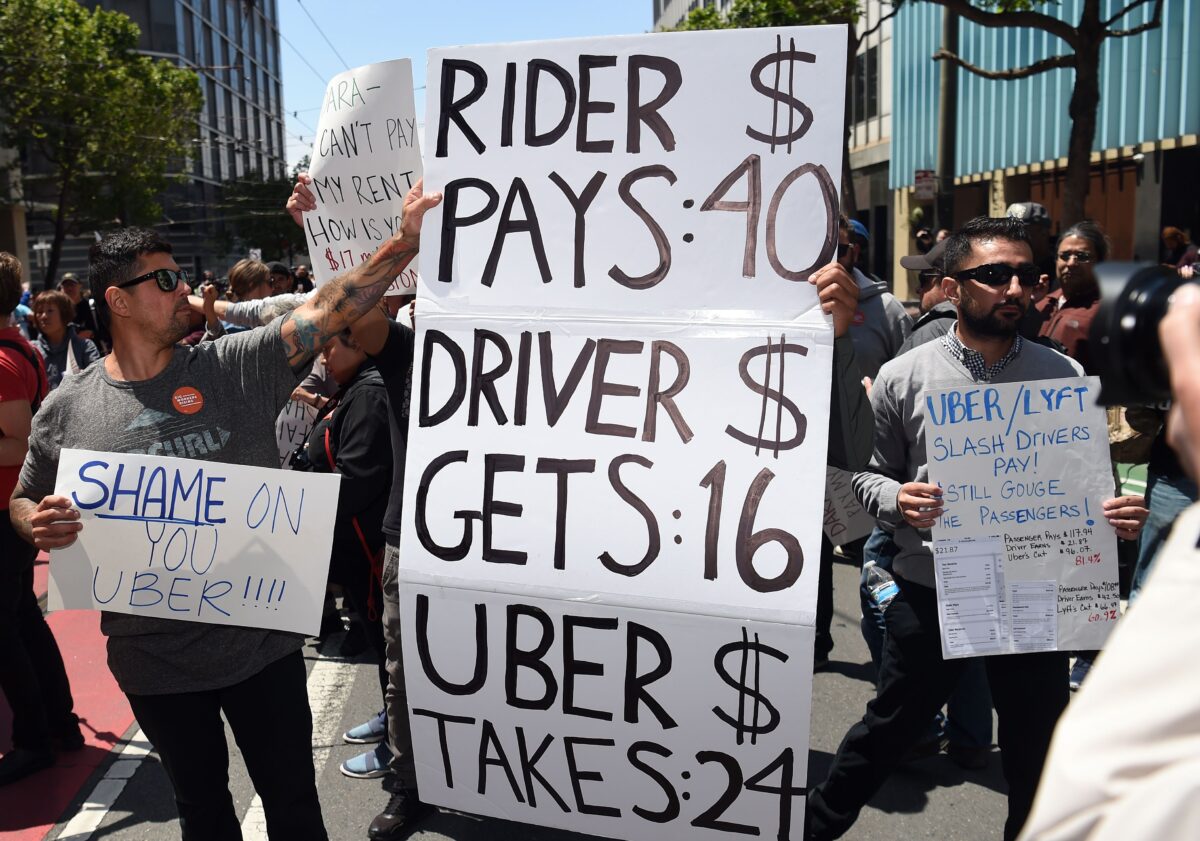 NEW YORK—A California law that makes it harder for companies to treat workers as independent contractors takes effect on Jan. 1, 2020, forcing small businesses in and outside the state to rethink their staffing.

The law puts tough restrictions on who can be independent contractors or freelancers rather than employees. Supporters say it addresses inequities created by the growth of the gig economy, including the employment practices of ride-sharing companies like Uber and Lyft that use contractors.

Company owners with independent contractors must now decide whether to hire them as employees or look for help in other states. Another alternative: asking these workers to start their own businesses, a setup the law allows.

Although the law affects companies of all sizes and out-of-state businesses that use California contractors, it likely will have a greater impact on the many small businesses that have hired independent contractors because of limited staffing budgets.

Tamara Ellison has used independent contractors in both her consulting and construction businesses. She expects to hire five of her consulting contractors as employees to bring her company into compliance with the law. But she also thinks she may have to limit the services she offers because not all her hires will have all the skills she needs for all her clients. She may also have to raise her prices, a worrisome proposition.

“Little companies just trying to start out won’t be able to afford our services,” said Ellison, whose Ontario, California-based company bears her name.

Ellison won’t need to hire her construction contractors; they’re subcontractors, a classification that complies with the new law.

The law approved by the California Legislature in September codifies a 2018 ruling by the state’s Supreme Court that said workers misclassified as independent contractors lose rights and protections including a minimum wage, workers’ compensation, and unemployment compensation. The ruling came in a lawsuit brought against the delivery company Dynamex; workers around the country have complained that services like Uber and Lyft have misclassified them as well.

The law is being challenged in state courts, and companies including Uber and Lyft are campaigning for a referendum on the 2020 election ballot on whether they should be exempt from the law. And employment law attorneys expect the Legislature to add to the list of professions the law already excludes.

Independent contractors and freelancers have long been a sore point for federal and state officials who contend that many of these workers are doing work that employees do. When employers classify workers as independent contractors, they avoid taxes including the 6.2 percent of salary and wages companies must pay for Social Security and Medicare. Employers must also pay for workers’ compensation and unemployment and disability insurance.

For many small business owners, especially those who do a variety of projects requiring different types of expertise, contractors provide more flexibility. Webconsuls, a digital marketing agency with offices in California and Tennessee, bases its hiring decision on the work it has and whether projects are long or short term.

“We may need a developer who specializes in a specific language to help us build one website,” managing partner John McGhee said. “If we don’t anticipate having to use that language again in the near future, we’ll hire a contractor to build the website.”

The layoffs companies were forced to make during and after the Great Recession encouraged many small business owners to choose independent contractors over employees. Contractors cost less—they don’t get health insurance, 401(k) contributions and other benefits—and owners don’t have to let people go when business slows.

The new law allows workers to be classified as independent contractors only if companies don’t have the right to control their work and how it is done. A number of factors go into making that determination, including how closely the worker is supervised—for example, who sets their hours. The work being done must not be part of the company’s regular business, and the worker’s occupation must be distinct from the company’s; in other words, a graphic designer cannot be an independent contractor for a graphic design firm.

There are exemptions for professionals like doctors, lawyers, architects, and insurance brokers, but they must have the freedom to set their own hours, negotiate their own fees, and exercise their own judgment as they do their jobs. Workers like graphic artists, freelance writers, and travel agents can also be exempt if they have similar autonomy. And people who work in barbershops, hair and nail salons, and spas can have exemptions, but they have to set their own rates and hours, choose their own clients, and be paid directly by the clients.

Marisa Vallbona has transitioned a contractor who has worked for her in California into an employee and is being more selective about the work she takes on in the state. Vallbona, who recently moved the headquarters of her public relations firm, CIM, to Houston from California, is now using only Texas-based contractors.

“I don’t work with freelancers in California anymore because of the gig economy problems,” she said.

Other companies inside and out of California are likely to follow suit. The increase in remote working over the past two decades has made it easier for companies to find workers anywhere.

Companies that don’t comply with the law face the possibility of penalties running into the tens or hundreds of thousands of dollars, says Nannina Angioni, an employment law attorney with Kaedian LLP in Los Angeles. She’s warning clients that the law expands the ability of local officials, and not just state tax officials, to enforce the law starting July 1.

Moreover, Angioni says, the law can lead to lawsuits brought by workers.

Some owners may believe it’s OK to use independent contractors or freelancers because some workers like being part of the gig economy, says Michael Boro, a consultant with PwC whose expertise is in workplace issues.

“These people don’t want to be employees” is the position owners may take, Boro said. But, he warns, they need to follow the law, not workers’ wishes.