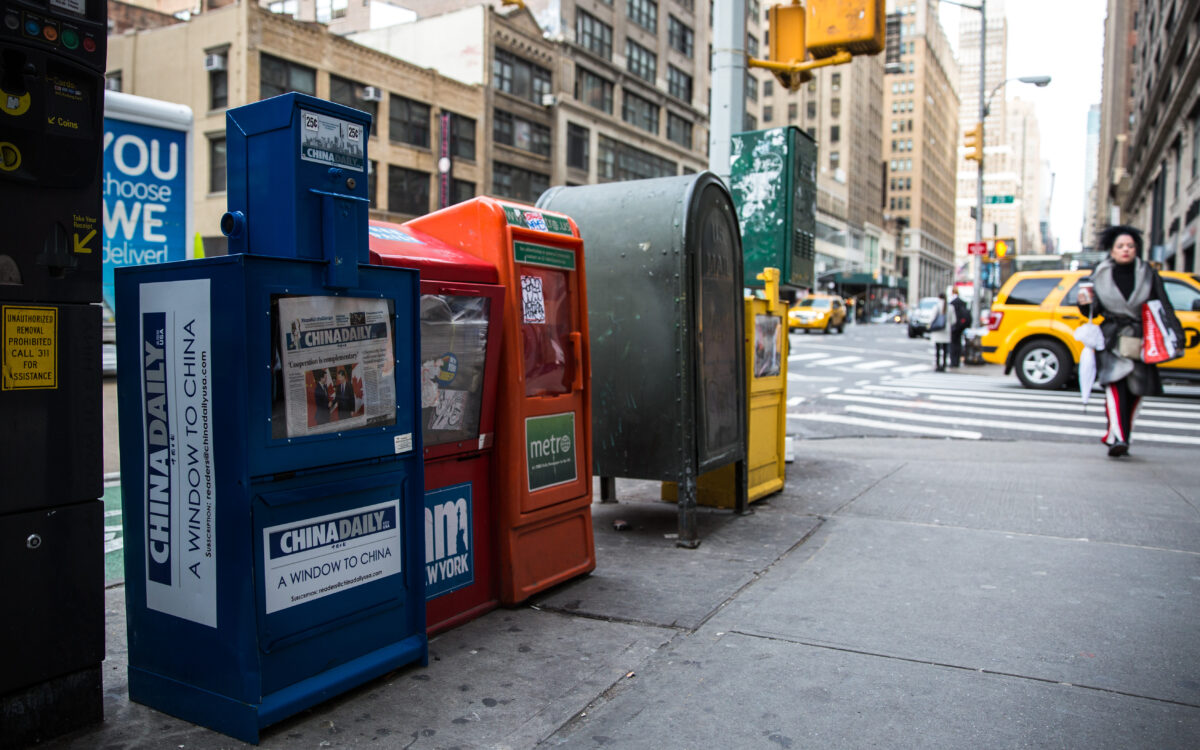 The United States will begin treating five major Chinese state-run media entities with U.S. operations as “foreign missions” and operatives of Beijing’s government, requiring them to register their employees and U.S. properties with the State Department.

The designation was based “… on the very indisputable fact that all five of these are subject to the control of the Chinese Government,” one official said, adding that China has been tightening state control over its media and President Xi Jinping has made more aggressive use of them to spread pro-Beijing propaganda.

“The control over both the content and editorial control have only strengthened during Xi Jinping’s term in power,” the official said. “These guys are, in fact, arms of the CCP’s (Chinese Community Party’s) propaganda apparatus.”

The Epoch Times reached out to the media outlets for comment but didn’t hear back.

The shift in the entities’ designation will require the U.S. operations of the companies to notify the State Department of personnel changes, to seek advanced approval from the U.S. government to purchase or lease office space in the United States, just as foreign diplomatic missions do.

The official said the entities were notified of the further requirements on Tuesday and that the disclosures would help the State Department better understand how the entities operate in the United States.

A second State Department official said that Beijing’s control of China’s state-owned media has become “more and more draconian.” In contrast, he said the department had long considered the decision, describing the media companies as “organs of the Chinese one-party state propaganda apparatus.”

Tuesday’s decision, the officials said, is not linked to any recent developments in Sino–U.S. relations.

A department official said designating the entities as “foreign missions” was intended to create more “transparency” as the State Department will have more information about their employees and their holdings.

“We are serving a certain purpose by making clear that these guys are part and parcel of the PRC Government.  These are not independent journalistic outlets,” the official said.

Responding to the decision, Secretary of State Mike Pompeo told Axios in a statement that the action is “long overdue.”

“We are determined to treat China as it is, not as what we want it to be. In China, all media works for the Chinese Communist Party, as General Secretary Xi Jinping has explicitly stated,” Pompeo said. “Since these organizations work for the CCP, it is only fitting that we treat them as foreign missions, meaning they are subject to State Department regulation.”

“This action is long overdue. For years, these so-called media outlets have been mouthpieces of the Chinese Communist Party, and these Chinese outlets are becoming more aggressive.”