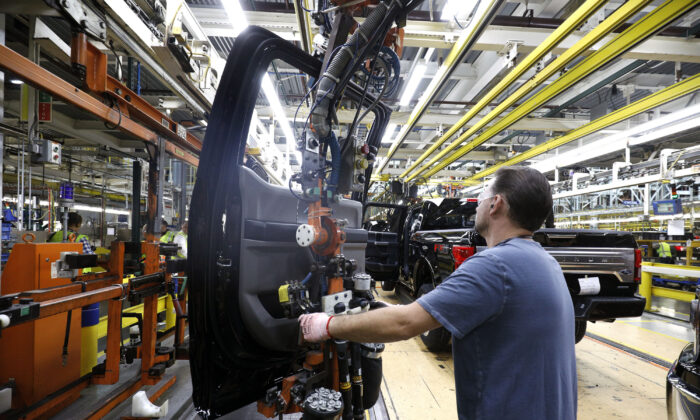 A Ford Motor Company workers works on a Ford F150 truck on the assembly line at the Ford Dearborn Truck Plant in Dearborn, Mich., on Sept. 27, 2018. (Bill Pugliano/Getty Images) MEXICO CITY—Ford Motor Co. <F.N> could have to shut down factories in the United States next week if they don’t receive engines produced for … END_OF_DOCUMENT_TOKEN_TO_BE_REPLACED