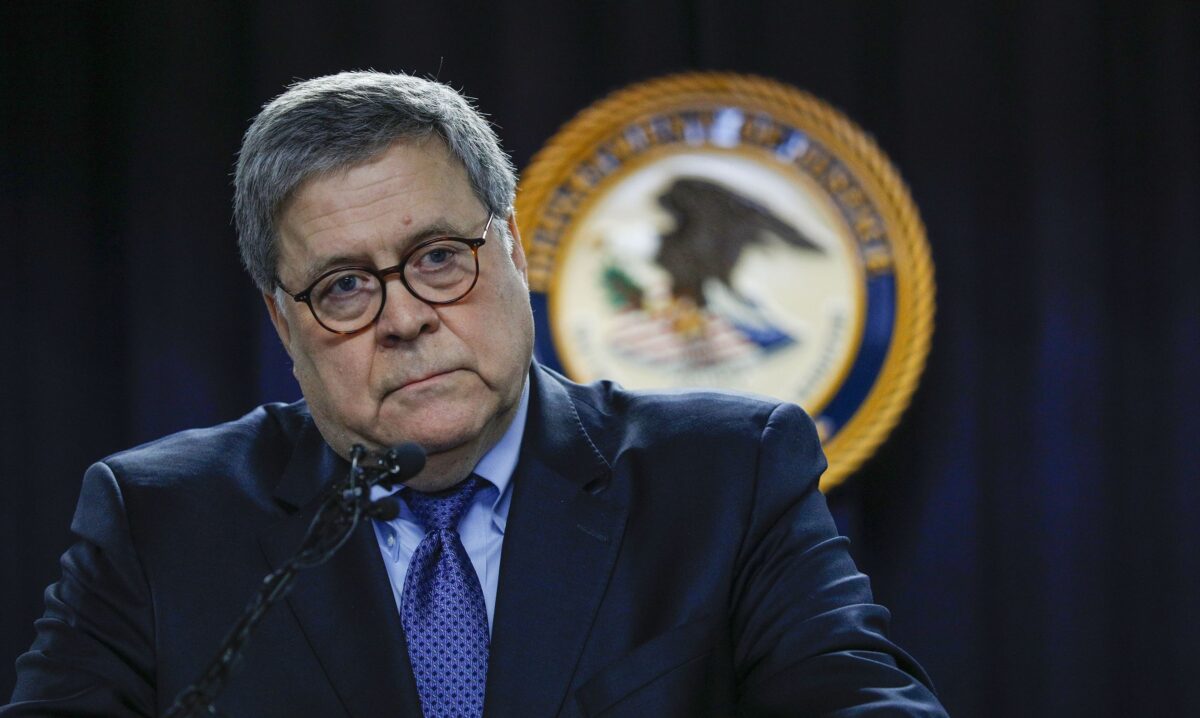 Attorney General William Barr met with Senate Republicans on Tuesday to convince them to support an expiring surveillance law, while telling them that he wants to make internal reforms to the Foreign Intelligence Surveillance Act (FISA) warrant process.

Several GOP senators told reporters after a private caucus lunch that Barr was looking at steps to reform the FISA warrant application process internally to tighten standards on obtaining a warrant. The FISA warrant application process is at the center of a damning report by Inspector General Michael Horowitz on the surveillance of Trump campaign aide Carter Page during the 2016 presidential election.

The report, released on Dec. 9, 2019, concluded that the applications for FISA warrants on Page included 17 significant errors or omissions. Horowitz faulted the entire chain of command involved in the FBI investigation.

Senate Judiciary Committee Chairman Lindsey Graham (R-S.C.) told The Hill that Barr went over “his recommendations and some internal reforms FISA warrant application and surveillance technology being used” during the meeting.

“He’s going to do some things that he can do,” he said. “I think he’s going to take a lot of what Horowitz did and add his own stamp to it.”

Meanwhile, Graham told Fox News that Barr committed to “clean up [the] mess” of what happened in 2016 while adding that “whether or not we need statutory changes I think is a subject of debate.”

The Justice Department did not immediately respond to The Epoch Times’ request to comment about what reforms the attorney general intends to make.

During a Senate Judiciary Committee hearing in December, Horowitz said many of the errors found in his investigation amounted to a failure that implicated the chain of command at the FBI responsible for handling the FISA applications, including senior officials.

“We believe this circumstance reflects a failure not just by those who prepared the FISA applications, but also by the managers and supervisors in the Crossfire Hurricane chain of command, including FBI senior officials who were briefed as the investigation progressed,” Horowitz testified at the time.

“Especially in the FBl’s most sensitive and high-priority matters, and especially when seeking court permission to use an intrusive tool such as a FISA order, it is incumbent upon the entire chain of command, including senior officials, to take the necessary steps to ensure that they are sufficiently familiar with the facts and circumstances supporting and potentially undermining a FISA application in order to provide effective oversight consistent with their level of supervisory responsibility.”

Meanwhile, Senate Majority Leader Mitch McConnell (R-Ky.) told reporters in a press conference after the meeting that Barr spent most of the meeting on Tuesday speaking about expiring intelligence provision. Several authorities of the USA Freedom Act are set to expire on March 15.

“The attorney general just wanted to underscore the importance of these provisions that were enacted in the wake of the 9/11 attacks,” McConnell said. “They are still relevant to our efforts to go after terrorists today, just like they were after 9/11.”

Barr proposed to senators a multi-part strategy that would involve having Congress approve a continuation of the existing provisions while the administration makes some regulatory changes to the process of surveillance applications. At the same time, senators on Graham’s Judiciary Committee could hash out broader reforms for future legislation.

The attorney general told senators he had backing for his approach from the national security adviser, FBI Director Chris Wray, and some in the White House. Trump has repeatedly complained about the surveillance of a former aide and invoked the problems identified by the Justice Department inspector general to argue that changes are needed.

“My sense is the president is supportive of the reforms the attorney general is offering up. Whether he wants more than that, I don’t know,” said Sen. Kevin Cramer (R-N.D).

Several lawmakers have called for reforms to the FISA court and the warrant application process after Horowitz’s report was released. Some Senators have indicated they want a bipartisan measure to overhaul the process.

The FISA court was authorized via the Foreign Intelligence Surveillance Act of 1978, and it is made up of 11 judges who serve seven-year terms and are selected by the Supreme Court’s Chief Justice. They sign off on warrants related to national security and intelligence gathering.

It “entertains applications submitted by the United States Government for approval of electronic surveillance, physical search, and other investigative actions for foreign intelligence purposes,” according to a description on the court’s website.

Ivan Pentchoukov, Jack Phillips, and The Associated Press contributed to this report.