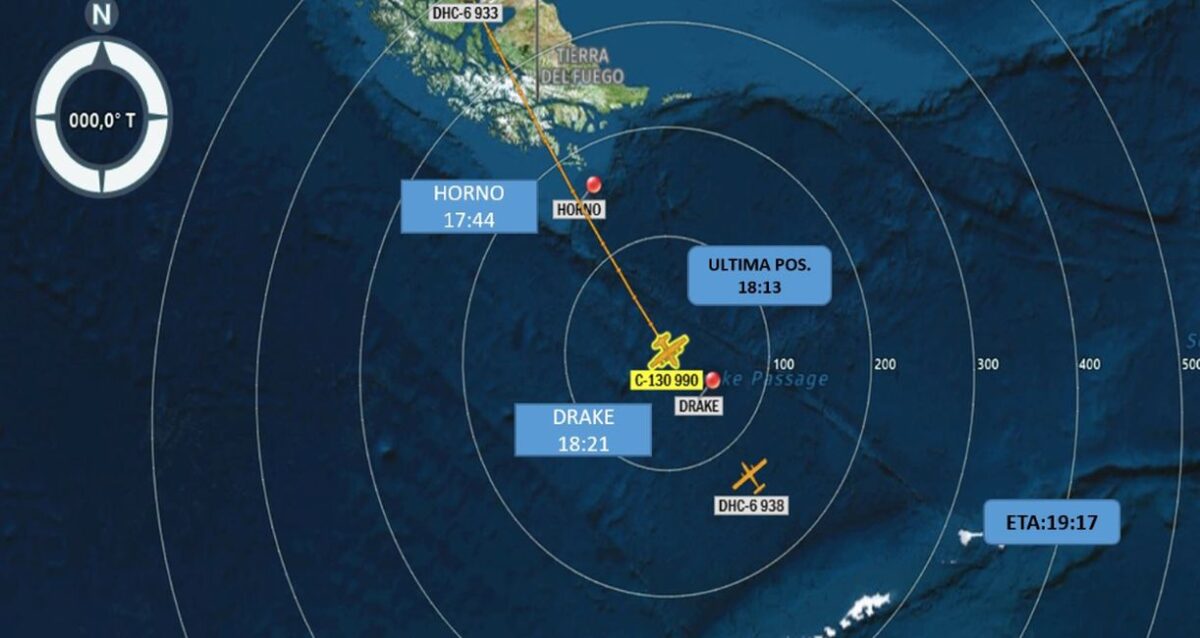 A Chilean Air Force plane with 38 people on board went missing while on its way to Antarctica and is presumed to have crashed, said the country’s Air Force on Tuesday.

“The plane is presumed to have crashed, given that the amount of fuel and the plane’s autonomy had already run out. Given that, it is already assumed that the plane has crashed,” said Gen. Francisco Torres in a televised press conference, CNN reported.

The plane was identified as a C-130 Hercules transport aircraft. It took off from Punta Arenas at around 5 p.m. local time, and operators lost contact about three hours later, the BBC reported.

The plane was heading to Antarctica to support a military base on King George Island, Chile’s military said on its website.

The Air Force “declared a state of alert for the loss of communications,” and a search-and-rescue mission is underway, according to the Air Force.

“My thoughts and prayers are with the families of the 38 crew members and passengers of the FACh (Air Force) C-130 plane,” Chilean President Sebastian Pinera wrote on Twitter, according to a translation from Spanish to English.

Air Force Gen. Eduardo Mosquiera told reporters that the plane didn’t activate a distress signal and might have had to carry out a water landing.

The pilot, he added, had extensive experience.

Officials also posted a map of the C-130’s last point of contact. It was within the remote Drake Passage located between South America and Antarctica, NPR reported.

The report noted that 17 crew members and 21 passengers were on board the plane when contact was lost. Four ships and 10 planes are involved in the search. Argentina and Uruguay have sent planes to assist in the rescue effort.