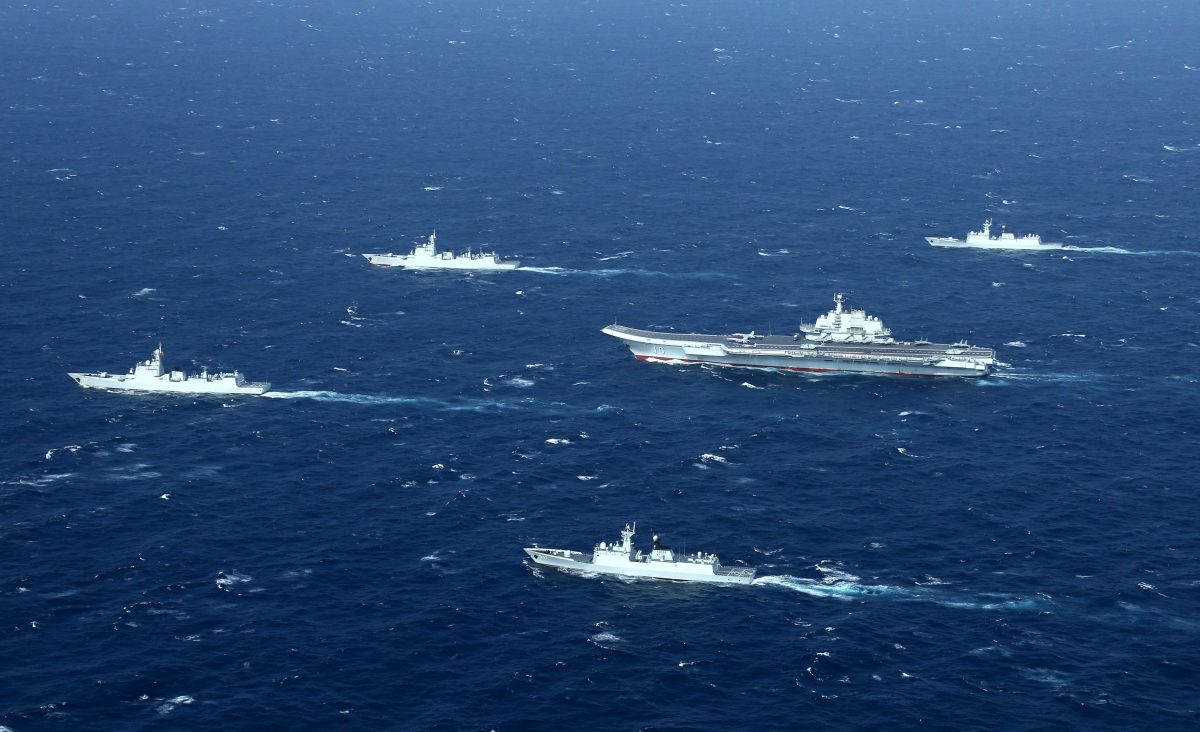 As has been noted by many observers, the economic, financial, ethnic and civil unrest challenges that China faces are serious and growing. How will Beijing handle these internal challenges?

That remains to be seen. But if China’s military build-up is any indication, the Chinese Communist Party (CCP) leaders may be tempted to “externalize” those challenges by confronting American dominance in the region. Indeed, with respect to Taiwan, forceful unification has already been clearly and publicly stated by Beijing.

The Post-War Security Era is Over

With last month’s launch of its newest aircraft carrier, the Shandong, it’s becoming clear that China is making a play for a bigger role in the future of the Asian-Pacific region, and specifically in the South China Sea. They’re getting very close to realizing their goal.

Since the end of World War II, the Asia-Pacific region has relied upon American naval dominance to keep the sea lanes open. Just as importantly, American naval power has been key to Taiwan’s security—as well as Japan’s—against a bellicose China. America’s unrivaled naval presence has led to vital and prosperous shipping to and from Asia to the rest of the world for decades.

But that era is ending.

Today, China’s foray into a strategic naval presence is directly challenging America’s foreign policy and military alliances in the region. By undercutting the ability of the United States to deter and defend against their now-formidable naval power, China is threatening the viability of U.S. security arrangements with both Japan and Taiwan, and by extension, even Australia.

With two functioning aircraft carriers, China joins the United States and the UK as the only nations on earth with multiple, deployed carriers. That’s a significant and strategic achievement that is not to be under estimated. China now has the ability to project very considerable military power throughout the region, extending northward all the way up to the Sea of Japan, and of course, much closer to home in the Strait of Taiwan.

But it’s not only China’s latest aircraft carrier that is destabilizing the regional status quo. In October, China unveiled advanced unmanned aerial vehicles (AUV), anti-ship cruise missiles and new editions of its hypersonic, anti-carrier missile systems. All of these weapons systems are intended to neutralize any naval advantages that the United States can bring to bear in the region.

The Dongfeng -21D (DF-21D), for examples is colorfully named “the carrier killer” in reference, of course, to American aircraft carrier groups that operate in the region. It can hit U.S. warships within a range of 1,500 kilometers (932 miles). The equally provocatively mid-range missile, nick-named the “Guam killer,” refers to its ability to reach the large U.S. military presence on the South Pacific island of Guam.

But even more destabilizing is China’s DF-17, a hypersonic missile with the reported capacity to make evasive maneuvers while traveling at several times the speed of sound. This would make it difficult, if not impossible, for U.S. missile defense systems to be effective against it.

Like China’s aircraft carrier force, the development and display of these weapons raise the risk of confrontation, especially from Beijing. The geopolitical and military implications for the region are clear: the U.S. defense guarantees are no longer indisputable. In fact, in the minds of some allies, such as Japan, they are already in jeopardy:

“There is a possibility that if we do not acquire a more sophisticated ballistic missile defense system, it will become impossible for both the United States and Japan to respond,” said Nozomu Yoshitomi professor at Japan’s Nihon University and a former general in Japan’s Ground Self-Defense Force.

Beijing Moving Against US Power on All Fronts

Such doubts about America’s ability to defend its allies in the region have far reaching implications. They have already impacted how America conducts itself in the region, with changes in U.S. naval maneuvers reflecting this reality. Clearly, China’s strategy is to shatter the existing U.S. alliances and force a strategic realignment throughout the region. Beijing wants all of the Asia-Pacific region to turn away from American security guarantees and acknowledge undisputed Chinese hegemony.

These military advances are key components of China’s long-term strategic plans. But Beijing’s plans began to materialize years earlier with its illegal annexation and militarization of the Spratly islands in the South China Sea. Now a forward military airbase, this too, is designed to undercut U.S. military and diplomatic power.

But there are economic advantages to exploit as well. Beijing has demanded that the islands extend China’s exclusive economic zone (EEZ) up to 200 miles further out into the South China Sea. That not only ignores neighboring nations’ claims on the islands, but denies their fishing rights in those waters. Furthermore, Beijing is also advocating for nations to have control over any military operations with any nation’s 200-mile EEZ in an attempt to hamstring American naval and military influence around the world.

Thus, China’s pushback against the United States in the region is both strategic and tactical in military terms, as well as active on the diplomatic and economic fronts. But none of these developments help resolve the problems the CCP faces at home. Like nations often do, China may resort to foreign intervention to divert attention to those internal challenges.

Will Beijing use force, or the overt threat of force, against Taiwan?

This is not hyperbole. Keep in mind that the Communist Party is a very small minority in China, and that its under growing pressures that it’s finding hard to relieve. The foundation of the Party’s legitimacy—a rising standard of life for an expanding middle-class—is starting to fracture. With food inflation, rising unemployment, persistent and widespread corruption and ungodly pollution among other problems, the fissures of dissatisfaction with China are widening.

At the same time, the Party’s menu of options for solutions to their problems is shrinking. What’s more, it’s choosing the wrong options that are only worsening their problems.

As conditions continue to deteriorate, China could be tempted to engage in some very high-risk behavior.

In fact, it already has.

How will the United States respond?

James Gorrie is a writer and speaker based in Southern California. He is the author of “The China Crisis.”