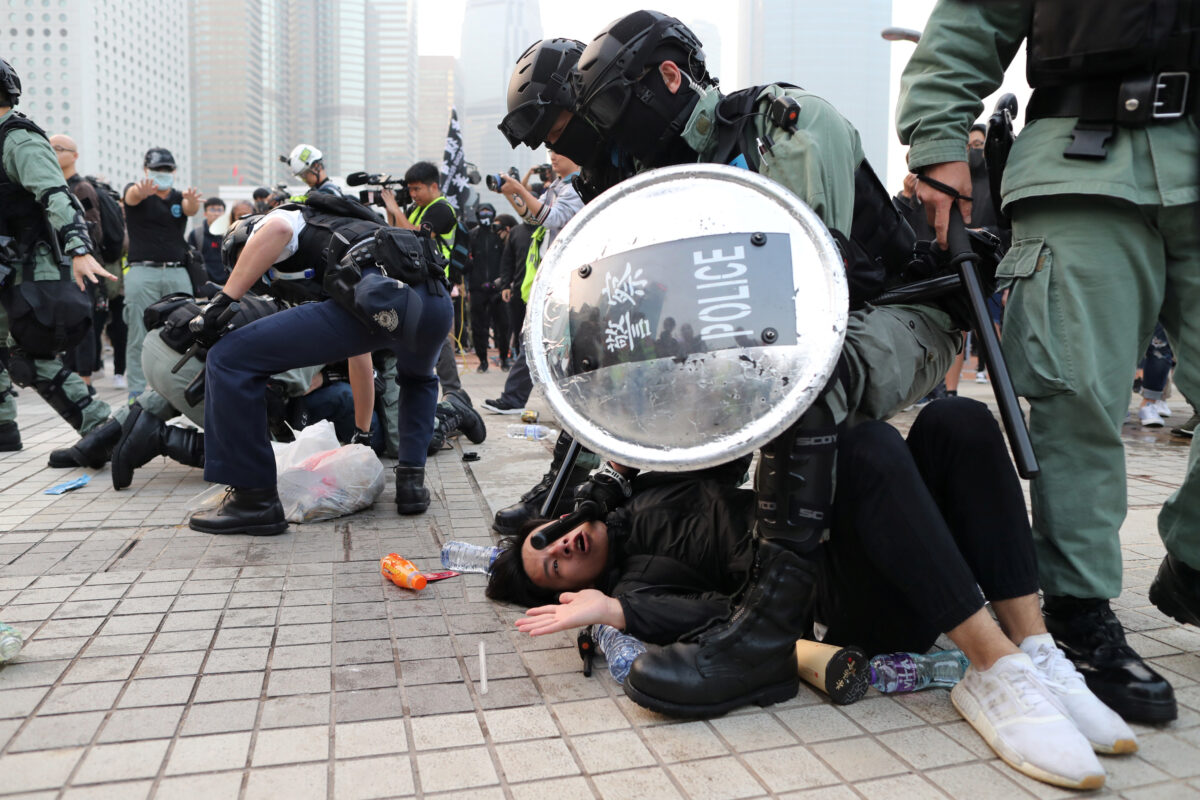 Dozens of police marched across a public square overlooking Hong Kong’s harbor to face off with protesters.

Earlier in the afternoon more than 1,000 people had rallied calmly, waving Uyghur flags and posters.

A mixed crowd of young and elderly people, dressed in black and wearing masks to shield their identities, held up signs reading “Free Uyghur, Free Hong Kong” and “Fake ‘autonomy’ in China results in genocide.”

The protest comes after midfielder Mesut Ozil of English soccer club Arsenal caused a furor in China after he criticized the country’s policies toward the Muslim ethnic minority in the restive northwestern region of Xinjiang.

Ozil, a German Muslim of Turkish origin, tweeted that Uyghurs were “warriors who resist persecution” and criticized both China’s strong hand in Xinjiang and the relative silence of Muslims in response.

“I think basic freedom and independence should exist for all people, not just for Hong Kong,” said a 41-year-old woman surnamed Wong who attended the protest with her husband.

United Nations experts and activists say at least 1 million Uyghurs and members of other largely Muslim minority groups have been detained in camps in Xinjiang since 2017 under a campaign that has been condemned by the United States and other countries.

Protests in Hong Kong are now in their seventh month, albeit in a relative year-end lull. Many residents are angry at what they see as Chinese meddling in the freedoms promised to the former British colony when it returned to Chinese rule in 1997.

On Saturday, Hong Kong riot police swept into several shopping malls, chasing off and arresting demonstrators pressing their demands in the peak shopping weekend before Christmas.

The police’s heavy-handed clamp-down on demonstrations and frequent use of tear gas have incensed many protesters, whose demands include full democracy and an independent investigation into perceived police brutality.

The protests, which started in June over a now-shelved extradition bill, have pushed Hong Kong’s economy into recession. Retailers and businesses have been hit hard as tourists stay away amid transport disruptions.

The city’s Financial Secretary Paul Chan, in his blog on Sunday, said there could be a wave of business closures in the new year if market conditions do not improve.