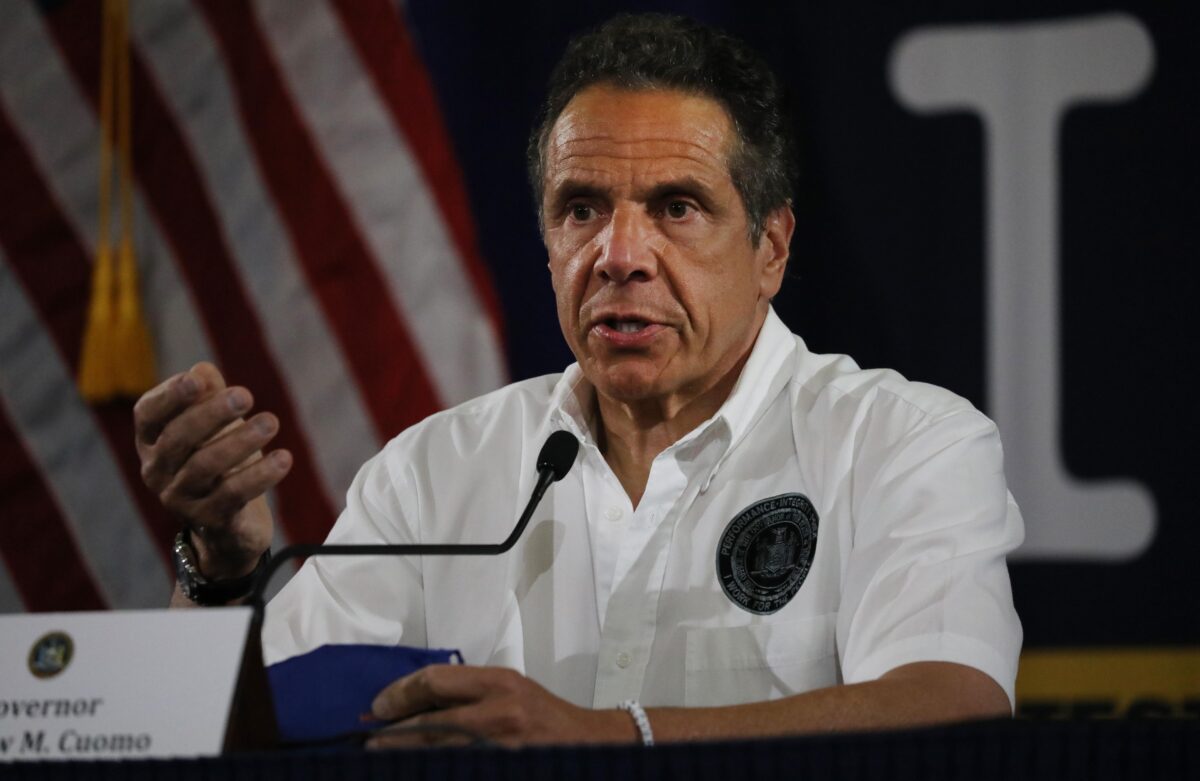 The order directed nursing homes to accept patients who had been infected with the CCP virus, which causes COVID-19. Cuomo was heavily criticized for it, since a large number of the virus’s victims in the state were infected in nursing homes.

Cuomo tried to distance himself from the decision, saying it was the nursing homes’ prerogative to turn away patients they couldn’t safely handle, but the order, issued March 25, emphasizes that “no resident shall be denied re-admission or admission to the NH [nursing home] solely based on a confirmed or suspected diagnosis of COVID-19.”

The order further says that “NHs are prohibited from requiring a hospitalized resident who is determined medically stable to be tested for COVID-19 prior to admission or readmission.”

The Governor’s Office didn’t respond to a request for comment regarding the order’s disappearance from the website, which was previously reported by The Epoch Times.

The CCP virus, also known as the novel coronavirus, broke out in the central Chinese city of Wuhan around November 2019 before spreading throughout the world, wreaking havoc on the global economy as lockdowns were enacted to slow its spread. To date, there have been more than 5.8 million confirmed cases and over 362,000 deaths attributed to the virus, though the reliability of data coming out of some countries, like China, has been questioned.

In the United States, there have been over 1.7 million confirmed cases and over 100,000 deaths attributed to the virus. Nearly 30 percent of the deaths recorded occurred in New York, though the state also counts in deaths “presumed” to be caused by COVID-19.

About fifth of the state’s deaths—almost 6,000—occurred in nursing homes.

Cuomo said he was only following the guidelines issued on March 13 by the federal Centers for Disease Control and Prevention (CDC).

When it comes to patients who have been diagnosed with COVID-19, the CDC said nursing homes “can” accept them “as long as the facility can follow CDC guidance for Transmission-Based Precautions. If a nursing home cannot, it must wait until these precautions are discontinued.”

Cuomo tried to blame the nursing homes too, saying the “obligation” was on them “to say, ‘I can’t take a COVID positive person. I’m too crowded, I’m too busy, I don’t have enough PPE [personal protective equipment].’”

His executive order, however, didn’t provide such an option, pointed out John Eastman, senior fellow at the Claremont Institute.

“It was illegal under this order for them to deny somebody who was COVID positive,” he told Fox News’ Laura Ingraham. “There’s nothing in here about them being able to opt out of that if they don’t think they’re ready. That was a CDC guideline, but it’s not in Governor Cuomo’s order. So they were compelled to take these folks.”

In the meantime, Cuomo has also been criticized for putting into his annual budget a provision that shields hospital and nursing home executives from COVID-related liability.

The executives “shall have immunity from any liability, civil or criminal, for any harm or damages alleged to have been sustained as a result of an act or omission in the course of arranging for or providing healthcare services” related to the epidemic, says the bill, which was signed by Cuomo on April 3.

As The Guardian reported, Cuomo received some $2.3 million in campaign contributions from the hospital and nursing home industry during his second term. That included more than $1.2 million to the Cuomo-controlled New York State Democratic committee from the Greater New York Hospital Association (GNYHA), which openly stated on its website that it “drafted and aggressively advocated” the legislation that included the immunity provision.

The GNYHA donation was many times higher than the amount it had contributed to the committee in previous years, according to the Empire Center for Public Policy, a New York-based think-tank.

The immunity was criticized by Eastman as excessive.

“I do think they should have immunity when they took someone who was COVID positive because of Governor Cuomo’s order. … But then the immunity statute that he signed gives them much broader immunity than that,” he said.

“It’s anything that’s touching on or related or might be somehow connected to COVID. So if they have one person down the hall and that requires a shifting of staff resources and they’re negligent and kill someone else in the main wing, they’re immune, and I don’t think they ought to have immunity for that at all, and broad immunity for any negligence whatsoever.”