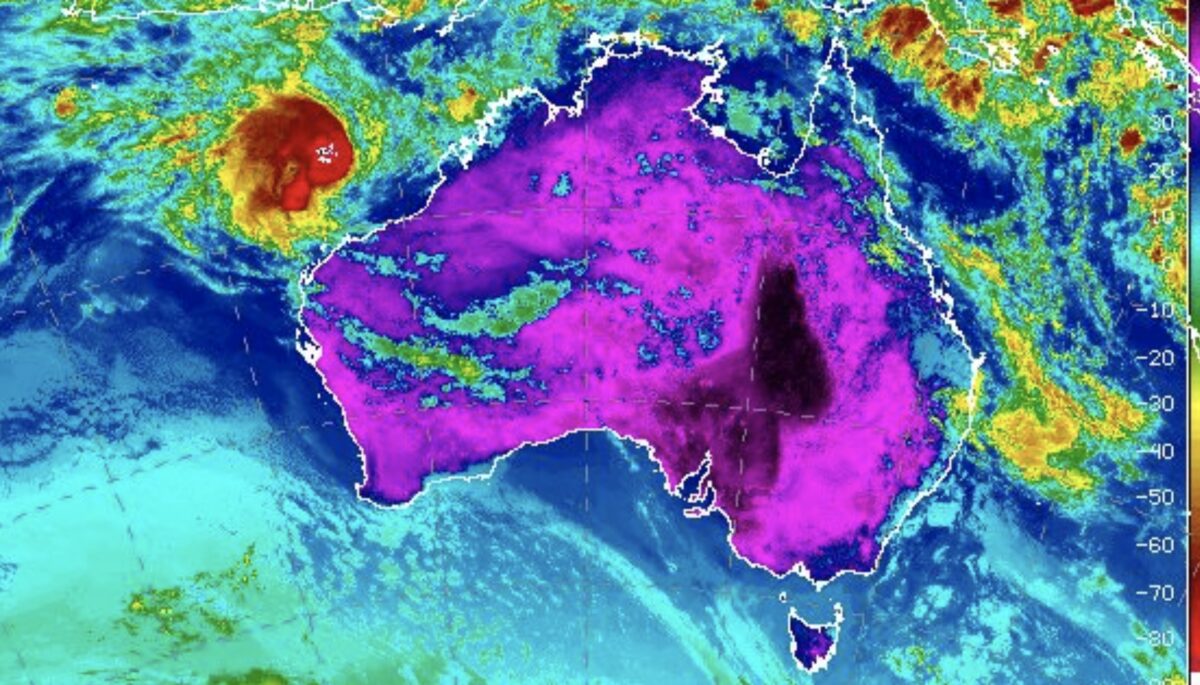 A cyclone warning has been issued for Western Australia’s Kimberley region after more than half a metre of rain was recorded at an island in the Top End.

Tropical Cyclone Claudia could produce hazardous winds with gusts up to 100km/h and heavy rainfall as it intensifies offshore on Sunday.

The cyclone warning has been issued for the sparsely populated areas between Mitchell Plateau and Beagle Bay.

The storm is now at a category two intensity and is forecast to develop into a category three cyclone as it tracks off the Western Australian coast, the weather bureau says.

It is expected to remain over open waters well north of the Pilbara region at the beginning of the week.

In the Northern Territory the tropical low pressure system that formed into the cyclone dumped a record 562mm of rain on Dum In Mirrie Island, southwest of Darwin, over a 24 hour period.

The Bureau of Meteorology also reported falls of 185 mm at Charles Point and 195mm at Geriatric Park, also southwest of Darwin.

The falls heralded the beginning of the region’s monsoon season after historically slow start with record high temperatures and low rains.

Showers and possible storms are expected for the next seven days in Darwin.

The rains mean numerous indigenous communities could be physically cut off from the rest of the world by waters for several months until the wet season ends.