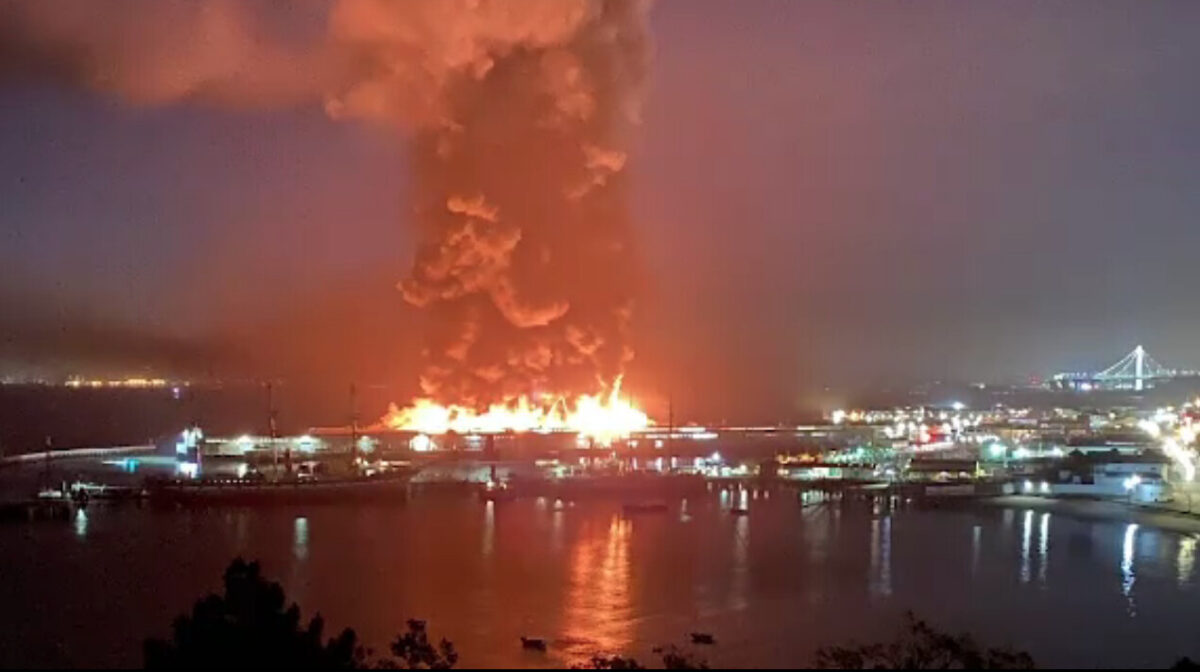 A quarter of the pier at Fisherman’s Wharf “has been lost to the flames,” according to the San Francisco Fire Department PIO.

No injuries have been reported. The pier has been fully evacuated, the department says.

Flames could be seen in the early morning darkness in photos tweeted by Dan Whaley.

The Fire Department tweeted a link to live updates.

Officers report the fire caused a partial building collapse on the southern part of the pier, spread to two buildings on the pier, and is in danger of spreading to a third, the Fire Department says.

There is no word yet of a cause.

Several fireboats are positioned around the wharf and helping fight the fire.