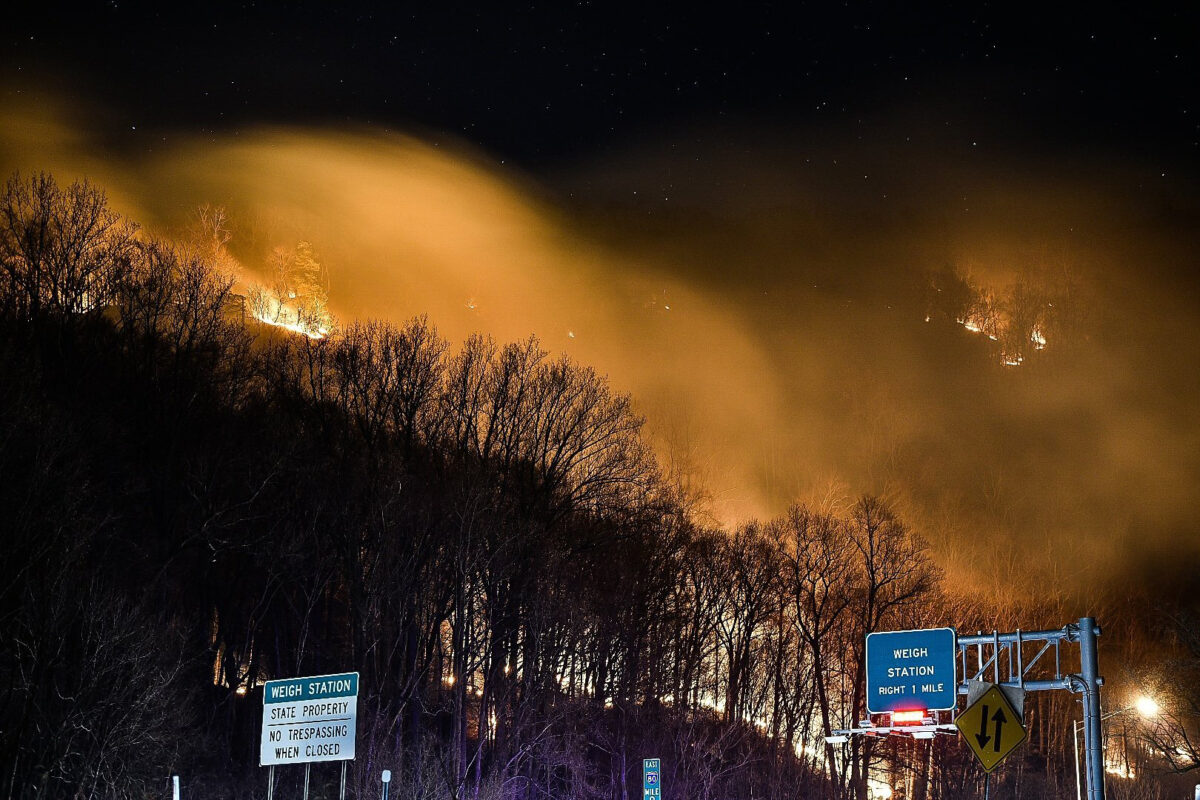 HARDWICK TOWNSHIP, N.J.—A forest fire burning through a popular hiking area that is crossed by the Appalachian Trail and a major interstate highway was about 80% contained by Monday afternoon, New Jersey fire officials said.

A helicopter and 40 firefighters were working to put the fire out Monday, officials said. Greg McLaughlin, chief of the New Jersey Forest Fires Service, said no injuries have been reported.

A cause for the fire had not been determined, officials said.

Chris Franek, the state forest fire service’s assistant division fire warden, said fires on similar terrain usually burn upward but that Sunday’s fire, which started below a trail at an elevation of about 1,400 feet burned downhill because the trail area is rocky and without abundant vegetation. He said fires are rare there at this time of year because the area usually has a layer of snow.

Pictures and video shared Sunday on social media showed a wall of flames not far from Interstate 80, which carries traffic to and from New York City and goes through the water gap. It was backed up in both directions.

Some delays were reported during the Monday morning commute, but officials said the highway was open in both directions. They warned, though, that smoky conditions would likely remain until at least Tuesday and flames would also be visible.

The fire broke out on a sunny February day that saw unusually mild. The Appalachian Trail crosses through the recreation area, but remained open Monday afternoon.