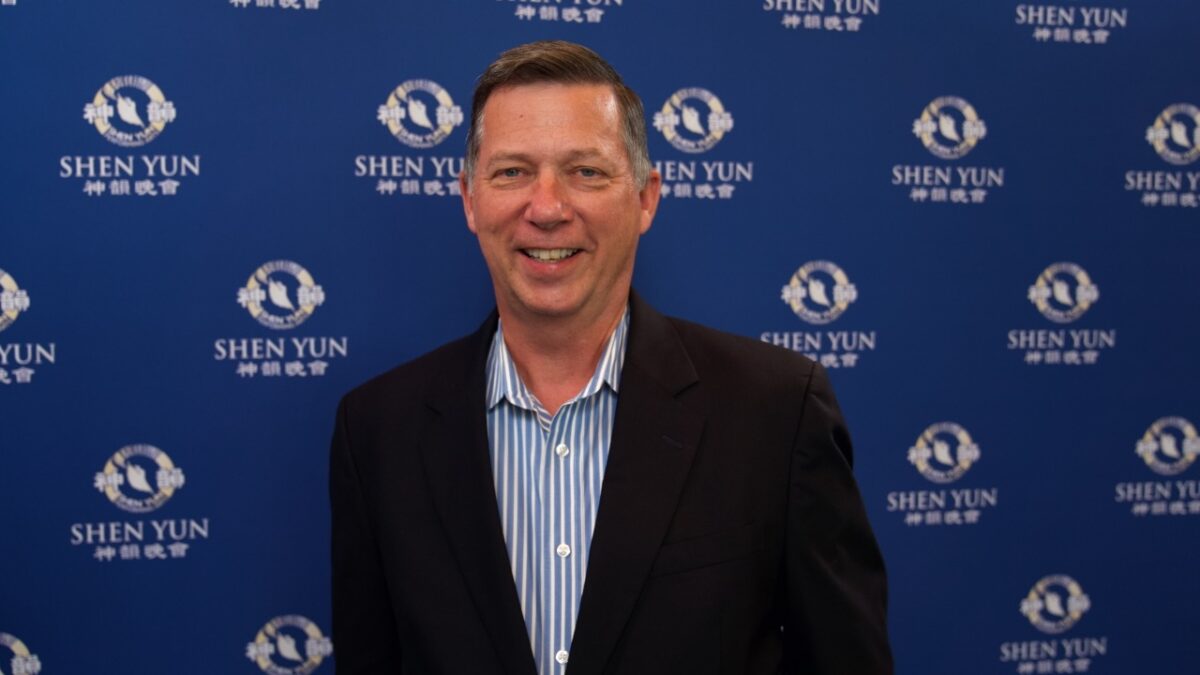 ST. PETERSBURG, Fla.—A classical Chinese dance performance that is being hailed as a phenomenon continued to reach across cultures and bring people together on Feb. 18, 2020 in Florida as part of its global tour. New York-based Shen Yun Performing Arts aims to revive traditional Chinese culture for worldwide audiences and retired US Naval officer Tim Tully, who attended the performance at the Mahaffey Theater in St. Petersburg that day, felt he was treated to something he hadn’t seen before.

Tim Tully, who served for 32 years in the US Navy before retiring, called Shen Yun’s blend of storytelling dances, costumes, male and female dancers, and live orchestral music beautiful.

“It was wonderful. I love the aesthetics and the beauty of the women dancers and the men dancers, the athleticism and the costumes, and their expressions of the different histories and dances related to the Chinese culture,” he said.

Shen Yun is applauded by the world’s most seasoned theatergoers for reviving traditional Chinese culture through performing arts such as the technically-challenging and highly-expressive form known as classical Chinese dance, bel canto vocal performances, and a live orchestra that deftly blends Eastern and Western instruments. China’s authentic culture is, at its essence, deeply spiritual. That’s why a Shen Yun performance depicts ancient legends about divine beings and spiritual practices such as Buddhism, Taoism, and Falun Dafa.

Tully appreciated every aspect of the performance, from the sights and sounds to the cultural themes and stories.

“I had no knowledge of the stories previous to attending the show but it was wonderful to learn and understand the history and the expressions of the Chinese culture and experiences and the performances of the dancers and the singers and the musicians.”

Two pieces in Shen Yun’s roughly 20 short vignettes portray an ancient Chinese legend about the Creator one day returning to earth for all mankind. Tully commented on the final piece, titled “Renewal of Heaven and Earth,” which depicts a scene set in modern times in China where those who choose good over evil are protected and rewarded by the Almighty.

Tully didn’t know that stories like these are part of authentic Chinese culture and wasn’t anticipating it, “but irregardless, it was beautiful and wonderful and I enjoyed it and loved the show,” he said.

The retired officer described his response to the heavenly beings, higher ideals, and spiritual believers that are peppered throughout Shen Yun’s performance.

“I like the spiritual part,” he said. “I don’t have a lot of religious knowledge of the Chinese culture  … But it was a wonderful, beautiful expression artistically not only in athleticism, in behavior and dancing and music, in the aspiration of trying to express, I’m going to guess, the Chinese belief in what they’d like to express to the rest of Western civilizations so to speak.”

Some say Shen Yun’s mission to revive China’s traditional culture is ambitious, considering that it spans 5,000 years. Tully, however, gave the group a lofty “all systems go.”

“I don’t see any reason why there would not be a successful endeavor in progressing the Chinese belief and culture and aesthetic belief system in artistic endeavors coupled with the religious and character values of the Chinese culture in this vehicle to try to help Chinese citizens advance, the culture advance, of this belief system.”

Then Tully drew a connection from Shen Yun to his own culture before wishing Chinese people well, now and into the future.

As reviving traditional values goes, “I’m going to relate to it as an American with my character and value and belief system,” Tully said. “I would hope that the ability for this vessel, this vehicle, the dance and singing and music, which is a universal language to relate to all peoples would be something that would help to advance the belief and value system of the Chinese people and performers for the future and enhancement of the endeavors of all Chinese people.”

“For all the artists, not only the artistic director,” Tully wanted them to know he applauds them.

“The performers are attractive, athletic, extremely experienced and trained, and obviously enjoyable to watch and I understand there’s a degree of sacrifice between what they have to go through and maybe some negative feedback from some persons in China … And I applaud not only [Shen Yun artists’] ability to perform but to enhance everyone’s experience, to sacrifice their time and energy and their abilities as performers to enhance the goal of Shen Yun.”