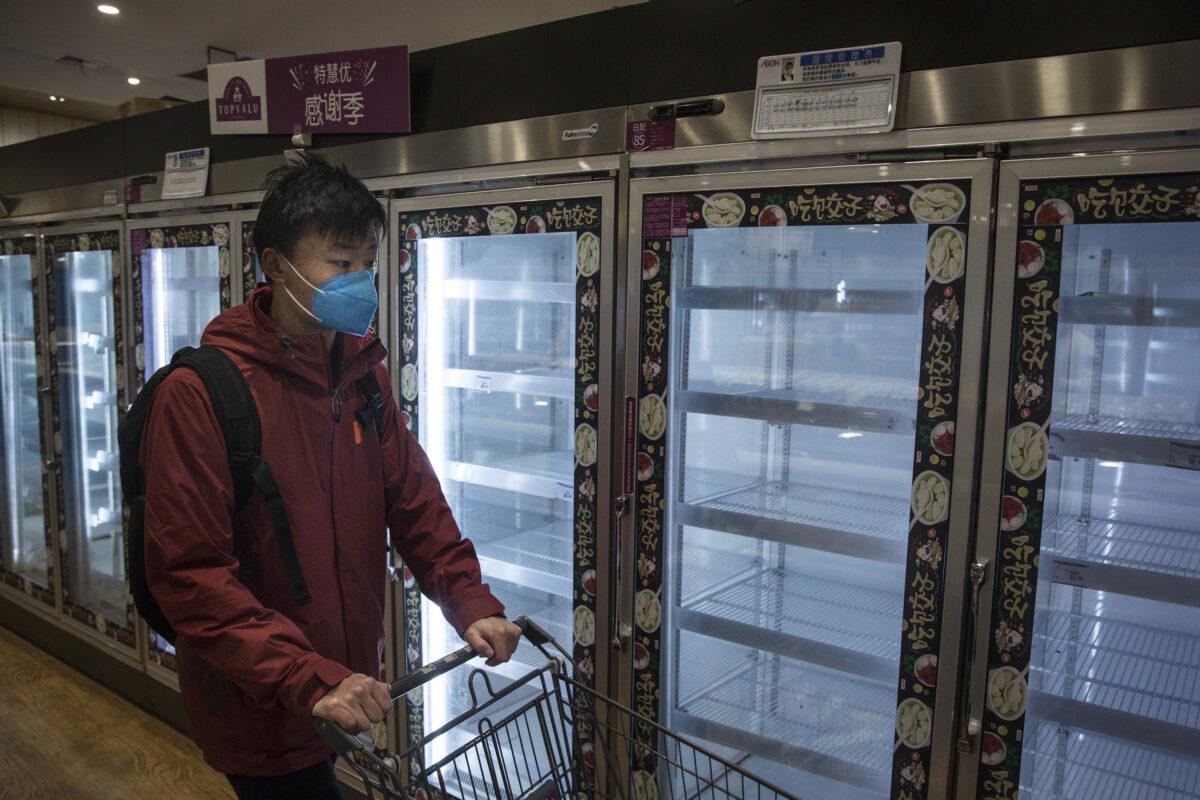 Funeral home workers across China are heading to Wuhan, the epicenter of the COVID-19 virus outbreak, to assist the city in dealing with the uptick in related deaths.

This adds to growing evidence that deaths due to the virus are piling up, at a scale greater than what authorities are officially reporting.

As of Feb. 14, the Chinese central government announced that more than one thousand patients have died in Wuhan in the past 45 days. But staff at local crematoriums told The Epoch Times in recent interviews that their intake has skyrocketed in recent weeks, forcing them to work round the clock in order to process the bodies daily. One crematorium official said the facility recently peaked at processing 127 bodies in one day.

Some local medical workers have also revealed the true severity of the outbreak.

On Feb. 12, a photo was broadly shared on Twitter, where 14 people dressed in the same uniform were standing in front of the Shiqiaopu Funeral Home in Chongqing City.

On Feb. 7, three workers from the Luoyang Funeral Home in Henan Province arrived in Wuhan, according to state-run newspaper Gongyi Shibao. The report was later removed.

Before the virus spread widely in Hubei, funeral workers from other Hubei cities were sent to Wuhan to support the latter’s funeral services.

Netizens shared a recruitment notice from the Wuchang Funeral Home posted onto a chat group on WeChat, a social media and messaging app. The Wuchang facility is one of the three main funeral homes in downtown Wuhan.

According to the recruitment issued on Feb. 12, the funeral home needs 20 workers to pick up bodies from midnight to 4 a.m. Listed among the requirements for the job candidates are “16 to 50 years old…being physically strong and brave.”

Another funeral home in downtown Wuhan also needs more workers to pick up bodies. On Feb. 12, a netizen named Xinzhou posted a recruitment notice from a local volunteers’ chat group on WeChat. The notice from the Hankou Funeral Home says it is recruiting workers, with pay compensation of 2,000 yuan ($287) for every cadaver they pick up. Some in the chat group said they were interested in the position.

Chinese health authorities have mandated that people who die from the COVID-19 be cremated.

The crematorium official whom The Epoch Times spoke with explained that about 60 percent of the patients died at home without receiving a final diagnosis; thus, they are unlikely to have counted toward the official death toll.

On Feb. 12, a Wuhan resident shot a video that quickly circulated among netizens, showing personnel in protective suits picking up what appears to be a cadaver wrapped in a body bag, from within a residential building complex. When the personnel opened the back door of the van, several body bags could be seen inside.

The newly named COVID-19 by the World Health Organizations (WHO) is a type of coronavirus—a family of pathogens that also includes SARS (severe acute respiratory syndrome) and the common flu. It first broke out in Wuhan in early December 2019.

On Feb. 11, the British Imperial College London published their latest study, in which its scientists estimated that only one in 19 people infected in Wuhan were being tested for the illness.

It further estimated the case fatality ratio to be 18 percent among people with severe symptoms in Hubei.