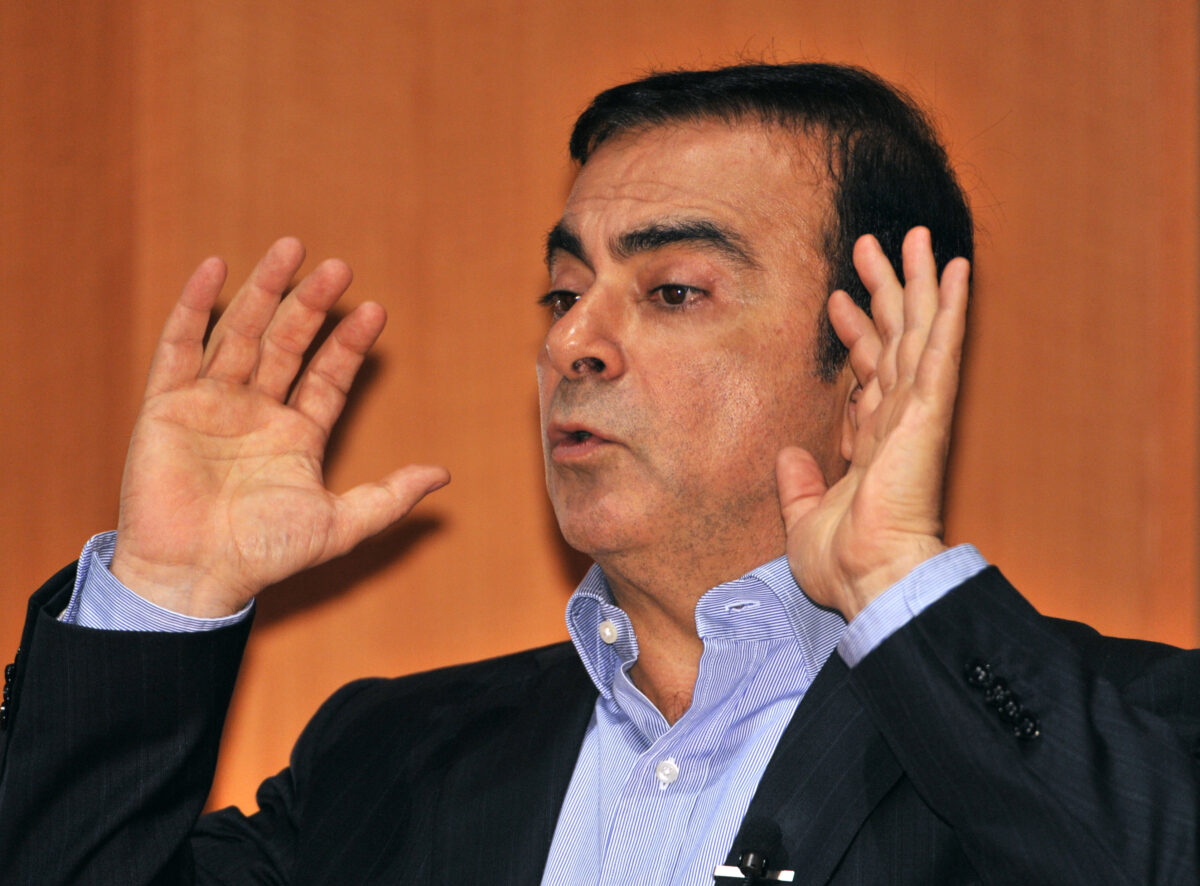 The successful flight of international automobile executive Carlos Ghosn from the kangaroo court of Japan to his native Lebanon should be seen as a victory for individual liberties.

Japan, like Russia and China, has a conviction rate of over 99 per cent of those indicted, and Japanese procedural rules provide no protection at all for defendants. Accused or potentially accused people may be interrogated for at least three weeks with no counsel present to assist them or even witness the proceedings and there are, in practice, no restraints on what prosecutors may do to procure inculpatory evidence, including the outright extortion and subornation of evidence.

No such country can be regarded in criminal matters as a jurisdiction governed by the rule of law. I have no standing to try the facts, and this would not be the place for it anyway. The prosecutors have made out an argument that raises doubts about the propriety of some of Ghosn’s actions as head of Renault-Nissan, (embezzlement and tax evasion are alleged), but there is at least as much room to question whether the defendant wasn’t sand-bagged by his competitors in the tight cartel of the great Japanese conglomerates (zaibatsu).

He spent over three months in solitary confinement and even when out on bail, he could only telephone his wife with the permission of a judge, which was obtained just twice in nine months.

At the least, escaping apparently air-tight surveillance under house arrest and making his way on two flights from Tokyo to Beirut hidden in an adequately ventilated musical equipment storage box wins Mr. Chosn a gold star in ingenuity.

He is very well-known and recognizable and was apparently transported without any knowledge by the flight crews of the two private planes that flew him to Istanbul and then on to Beirut. In this era of overwhelming surveillance, almost complete official disregard for privacy, relentless and ludicrously excessive formalities for the least financial transaction, supposedly to discourage money-laundering, but other motives could be imputed as well, it is refreshing that such a bold stroke of individualistic derring-do could be carried off successfully.

Examination of Due Process Needed

China can locate hundreds of millions of people among its population within 30 minutes because of the ubiquity of security cameras. We learned from Edward Snowden of the hitherto unacknowledged extent of electronic surveillance of vast numbers of individuals in the United States and elsewhere, (which is not to justify his theft and publication of classified information), and there are regular public revelations of the cavalier manner in which technology companies sell confidential information about the consumer habits, at the least, of millions of customers, as well as the reckless handling of much of this information.

Such a prominent fugitive from justice from such an important jurisdiction, and a country justly regarded as advanced, democratic, and highly civilized, should be taken as a starting gun in calling the world’s regulatory, constabulary, and prosecutorial authorities to be meticulously examined from the stand-point of judicial due process.

Most countries would be found wanting. While no one would expect much from China and Russia in terms of defendant’s rights, Japan is a shock, and its conviction rate is only mitigated by its low incarceration, just 41 per 100,000 of population, the lowest of all advanced prosperous democracies and among prominent countries, the lowest of all except India, where the number is 33.

Obviously, about a third of India’s population would have to be considered effectively dysfunctional sociologically, but India remains admirable as its conviction rate among prosecutions is only 46 per cent, less than half China’s. However primitive much of India may be, in the highest spirit of the British Raj that ruled India for 200 years, it appears to have a lively defense bar.

The statistics from the United States are very alarming in both absolute and comparative terms. This country has, by a wide margin, the highest incarceration rate of any nation in the world, 737 per 100,000 of population, or 2.2 million people, almost 110 per cent of the country’s official prison capacity. The only other countries admitting to more than 500 per 100,000 are Russia (615), El Salvador (604), Turkmenistan (552), Thailand (526), and Cuba (510, and this was after the flight from Cuba of more than ten per cent of its population).

None of these others, even in their most delusional and propagandistic moments, would claim to be “the land of the free…(where) we hold these truths to be self-evident, that all men are created equal.” Nor is this “A new order of the ages.” Even allowing for the likely minimization of published incarceration levels in China and other undemocratic countries, these are shocking figures when compared with other sophisticated and prosperous democracies.

The comparable figures for incarcerations per 100,000 of population of the nearest comparative societies to the United States are Australia (172), Canada (114), France (104), Germany (75), the United Kingdom (140), as well as Japan. The average of these six flourishing democracies, (despite the uncivilized criminal procedure of Japan, the most populous of them), is 107 incarcerated people per 100,000 of population, in a combined total population of about 120 per cent of the U.S. total, a rate of incarceration almost 6/7ths, or 85 per cent, lower than that of the United States.

There is room for unlimited statistical analysis and sociological research, but the basic facts are that the entire American political society bought into the idea of mass incarceration, from right to left; the views of Richard Nixon and Ronald Reagan were on this subject practically interchangeable with those of Robert Kennedy and Nelson Rockefeller.

The United States conviction rate increased from 75 per cent in 1972 to 85 per cent in 1992 to 93 per cent in 2012, and 97 per cent of those are without a trial: plea bargains in which the prosecutors harvest evidence from witnesses whom they can threaten to include in indictments, especially for obstruction of justice if they are inadequately forthcoming, and to whom they promise immunity from prosecution for perjury after they have produced the affidavits they must recite if the matter goes to trial.

Every legally knowledgeable person in the United States is aware of the political posturing that has fueled and been rewarded by these rising levels of indictment and conviction. The corresponding conviction rates in Canada and the United Kingdom, allowing for charges that are dropped, is about 67 per cent; their prosecutors are not ineffectual—but defendants have rights and prosecutors are disbarred if they suborn perjury.

The United States has a more complicated sociology than some of its peers named above, but it also has a higher crime rate, and it is obvious that it over-indicts, over-convicts, and over-sentences. I spent three (admittedly somewhat interesting) years in U.S. federal prisons (for crimes I have now been officially determined not to have committed) and despite having won 95 per cent of my case at trial and the rest on appeal, and I can attest to all of this.

It is an evil and hypocritical criminal justice system, and the only president in living memory who has done anything to ameliorate it is the incumbent. Apart from its severity and inherent injustice, it wreaks a terrible wastage of human resources that should be constructively engaged in American society.

This is some distance from the flight from justice of Carlos Ghosn, but the best and most constructive interpretation of his disembarkation from the Japanese near-equivalence of accusation and conviction is that if such a man can be persecuted, anyone can and if he can escape his pre-ordained fate, so can less conspicuous people. (He went a little bit overboard, however, at his press conference in Beirut, when he compared his fate in Japan to the attack on Pearl Harbor.)

No country should tolerate a conviction rate of over 80 per cent of its accused—no prosecution service is that just. No country should extradite anyone to such a country, and the trend to ever more overbearing surveillance by almost all governments must be resisted at some point. If not now, when?

Conrad Black has been one of Canada’s most prominent financiers for 40 years, and was one of the leading newspaper publishers in the world. He is the author of authoritative biographies of Franklin D. Roosevelt and Richard Nixon, and, most recently “Donald J. Trump: A President Like No Other.”