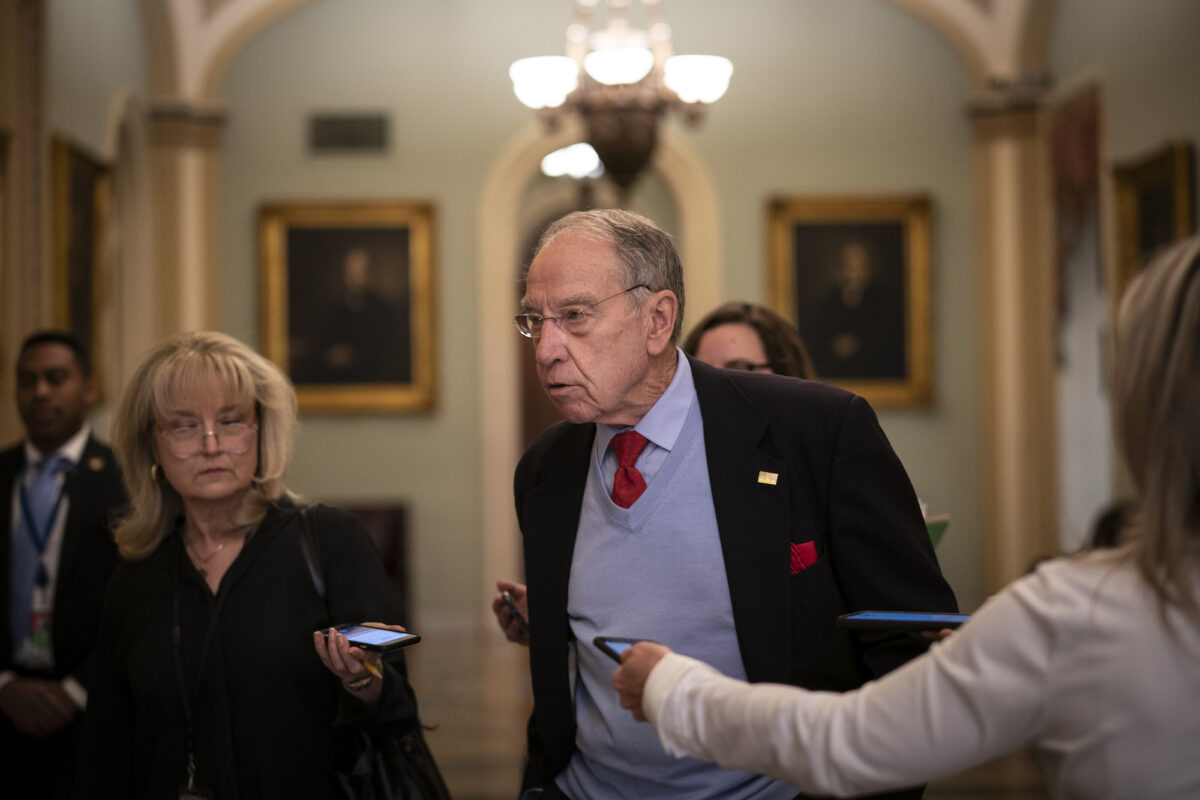 Sen. Chuck Grassley (R-Iowa) said there “there was nothing improper” about the calls between then president-elect Donald Trump’s incoming national security adviser, Michael Flynn, and the Russian ambassador in December 2016 and January 2017.

Grassley was responding to the release of newly declassified transcripts (pdf) of several phone conversations between Flynn and then-Russian ambassador Sergey Kislyak. The transcripts show that Flynn asked Kislyak to keep the Russian response to sanctions by the outgoing Obama administration “reciprocal” so that the two nations could cooperate to address the mutual threat of radical Islamic terrorism.

“Lt. General Flynn, his legal team, the judge and the American people can now see with their own eyes—for the first time—that all of the innuendo about Lt. General Flynn this whole time was totally bunk,” Grassley said in a statement. “There was nothing improper about his call, and the FBI knew it.”

Flynn pleaded guilty in late 2017 to lying to the FBI about his conversations with Kislyak. Flynn recently withdrew that plea, arguing that his prosecutors withheld exculpatory evidence. Recently, the Department of Justice moved to drop the case against Flynn, arguing that the FBI had no reason to question him on the day he allegedly lied to them.

Special counsel Robert Mueller, whose team has prosecuted the Flynn case, concluded his investigation finding no evidence of collusion between the Trump campaign and Russia.

The content of Flynn’s conversations with the Russian ambassador remained hidden for years, even as major media outlets fanned the flames of the Russia-collusion narrative by claiming the charges against him were proof of collusion between the Trump campaign and Russia. The full transcripts instead show Flynn working to cool down tensions so that the incoming Trump administration would have an opening to work with Russia against radical Islamic terrorism.

“If you have to do something, do something on a reciprocal basis, meaning you know, on a sort of an even basis. Then that, then that is a good message and we’ll understand that message,” Flynn had said in the call. “And then what we can do is, when we come in, we can then have a better conversation about where, where we’re gonna go, uh~ regarding uh, regarding our relationship.”

The transcripts were released to the public by the recently-sworn-in Director of National Intelligence (DNI) John Ratcliffe. Acting DNI Richard Grenell declassified the records before completing his term. Grassley praised Grenell for the declassification.

“It’s a shame it’s taken nearly three and a half years for everyone to see the underlying evidence against Flynn that Rosenstein and the Mueller team went to great lengths to keep hidden. Our justice system doesn’t work when one side holds all the cards,” Grassley said. “Transparency brings accountability. Keep it coming.”

The judge in Flynn’s case has not approved the DOJ’s motion to dismiss the charges. Flynn’s attorneys have since successfully asked a higher court to intervene with the appeal still pending.