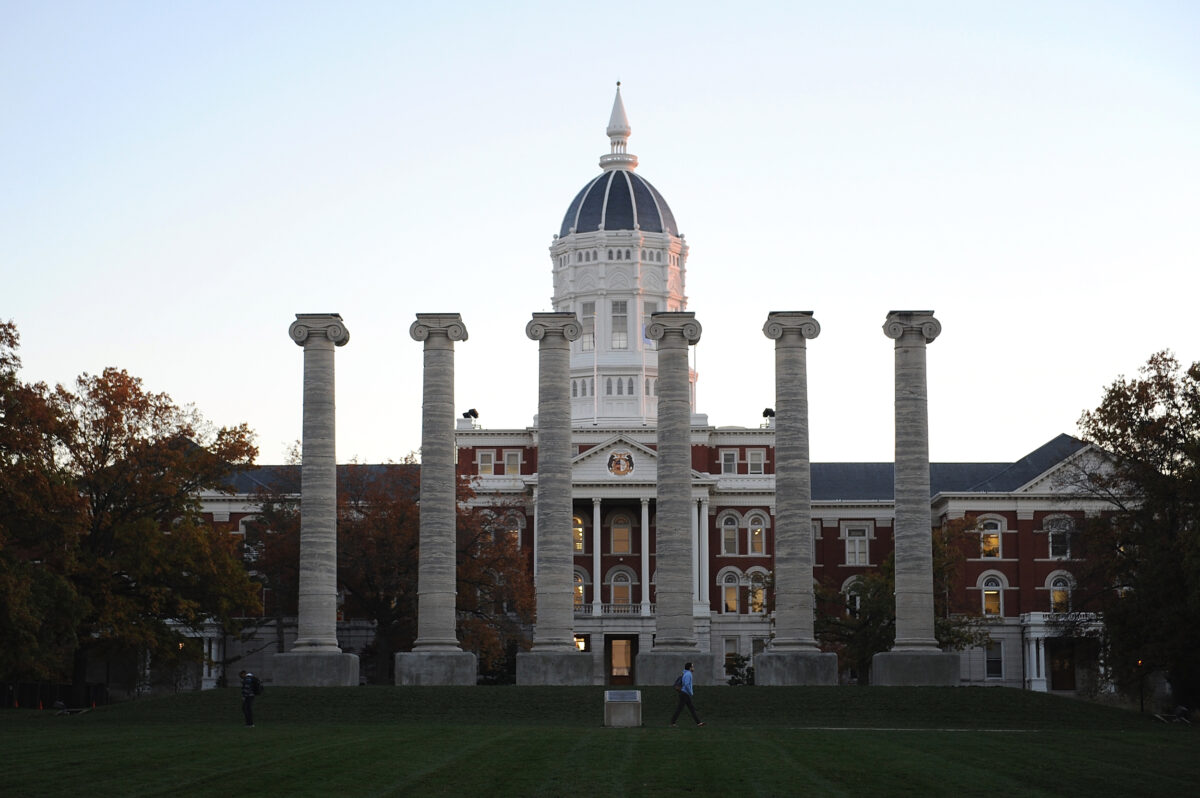 The University of Missouri settled a lawsuit brought against it by Michigan-based Hillsdale College for failing to honor the wishes of a late benefactor who willed the university $5 million to fund six professorships, on the express condition they be held by believers in laissez-faire economics.

Hillsdale claimed in the lawsuit that UM believed the conditions of the gift were “distasteful” and felt it was being “held hostage by a particular ideology.”

Laissez faire is the belief that economies and businesses operate best without interference by the government.

As part of the agreement to resolve the suit, the two schools have agreed to split the endowment that is currently is valued at about $9.2 million. Hillsdale will also give up all oversight over the money held by UM.

Financier Sherlock Hibbs, who died at age 98 on July 5, 2002, graduated from the University of Missouri—known by many as Mizzou—in 1926. Hibbs required Mizzou to create three separate chairs funded at $1.1 million each, and a separate three distinguished professorships, the suit stated.

“The Hibbs case will have a resounding impact on higher education and giving,” said Peter Herzog, lead trial counsel for Hillsdale College, MLive reports. “Donors might reconsider or reevaluate institutions that are not like-minded in their missions and commitments. Colleges and universities will do what they want with your money unless you make sure they can’t.”

“Knowing of the College’s deep commitment to Austrian Economics, Mr. Hibbs put no restrictions on his gift should it be returned to Hillsdale College,” Hillsdale said in a separate statement.

Mizzou spokesman Christian Basi said the settlement “keeps $4.7 million of the endowment at MU and will allow us to continue our work of educating students about free and open markets in our College of Business with professors who are strong proponents of such markets,” according to MLive. “We also will use some of the proceeds from the gift to sponsor a biannual symposium on the MU campus that will focus on Austrian economics, which was of particular interest to Mr. Hibbs.”

To guarantee his donor intent was respected after his death, Hibbs created an enforcement mechanism. Under it, Mizzou would have to certify to Hillsdale every four years that each professorship—three chairs and three distinguished professorships—was populated by “a dedicated and articulate disciple of the Ludwig von Mises (Austrian) School of Economics.” If the condition went unmet, the remaining money would be forfeited to Hillsdale.

Hillsdale has a special connection to Mises, the Austro-Hungarian-born author of “The Anti-Capitalistic Mentality” and “Human Action,” whose writings bolstered the libertarian movement in the United States and who died in 1973. The economist donated his personal library to the college, where it is available to researchers.

The school of Austrian economics itself emphasizes free markets, private property, the rule of law, and limited government, and is significantly different from the Keynesian—founded by John Maynard Keynes, an influential British economist who died in 1946—and other schools of economic thought that, among other things, call for greater government intervention in the economy.

Hillsdale is a small liberal arts school in southern Michigan that is renowned for its emphasis on teaching American civic virtue and the nation’s Greco-Roman-Judeo-Christian roots, as well as for resisting political correctness in the academy. Founded in 1844, Hillsdale is known for its principled refusal to accept federal or state taxpayer subsidies, even indirectly in the form of student grants or loans.

In his 2016 commencement address there, Supreme Court Justice Clarence Thomas called Hillsdale “a shining city on a hill for conservatives” because it’s devoted to “liberty as an antecedent of government, not a benefit from government.”