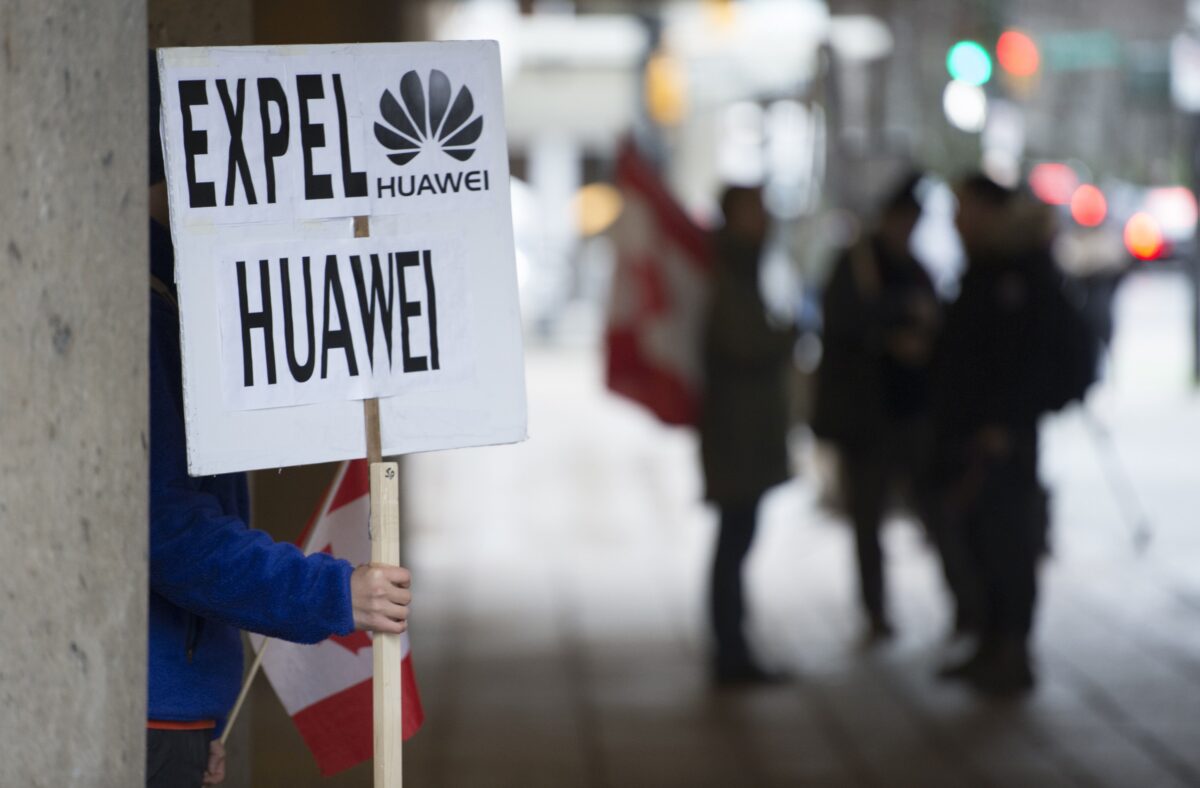 Remember Lenin’s famous “The Capitalists will sell us the rope with which we will hang them”? Apparently he didn’t remember it either; it’s been caroming around the internet since 1955, long before there was an internet, without ever plausibly being connected to Lenin’s known writings or conversation. But as Peter Pan creator James Barrie apparently did say, “I know not, sir, whether Bacon wrote the works of Shakespeare, but if he did not it seems to me that he missed the opportunity of his life.” And since capitalists don’t like to miss opportunities, Canadian telecom company Telus says it’s going to use Huawei technology in its 5G network because it’s cheaper, and after all what price faith and honour … or safety?

Now I have no doubt that it is cheaper. What’s more I can tell you why: Huawei steals technology. Remember how Chinese hackers gutted former Canadian telecom giant Nortel? The company’s senior security adviser was convinced the beneficiary was Huawei. Add to that the fact that Huawei is a crucial tentacle of the Politburo’s strategy for dominating the world, the Chinese regime makes sure it has the financial resources to undercut its rivals and plant its devices along the West’s digital spine. Knowing those things, would you say, “who cares, cheap is cheap”?

Well, some people might. And frankly I don’t mind getting subsidized stuff from China as a rule; their basic economic strategy really is the old huckster’s joke about losing money on every sale but making it up on volume. But it’s different when they’re undermining our security instead of just their own economy.

Of course, Telus says, to quote the Toronto Star, that it will use Huawei equipment “but only in ‘nonsensitive’ parts of its networks.” But we can’t check this assertion and neither can the federal government, whose grasp of high-tech issues is extremely suspect (see for instance the Phoenix payroll software debacle.) Nor probably can Telus. Who knows more about high-tech spying? And who cares more? Exactly.

Meanwhile, who cares more about money? Exactly again. The Star quotes a professor who says, “I would hazard a guess that should the Liberal government or any government that follows it decide to ban Huawei, that you will very quickly see Telus (and other telecommunications companies) go to the government and say … we made an investment in good faith, and you just pulled the rug out from under us.” And then demand a huge subsidy to replace all this gear.

If so, it’s a cunning plan. And it might work, because (a) governments will subsidize anything and (b) it’s win-win for Telus whatever our federal government decides. Prime Minister Justin Trudeau and his colleagues have taken forever plus eight minutes to make a decision on Huawei. At first it seemed they were just punting it past the 2019 election knowing perfectly well they would let Huawei in and not wanting to have the scandal erupt during the campaign. Now it seems they didn’t know what to do and still don’t, unless they’ve been so busy with other crises they haven’t been able to focus on somehow getting this grubby and dangerous deal past voters.

Why would they want to? Well, one of the dirty semi-secrets of Canadian politics about which columnist Terry Glavin has repeatedly warned is the extent to which some ex-politicians find themselves with lucrative business dealings with China provided they played the game by the Politburo while in office. Consider former foreign minister/deputy prime minister John Manley, who recently made headlines for bluntly urging Trudeau to swap arrested Huawei executive (and Communist royalty as daughter of its founder) Meng Wanzhou for two Canadians being held hostage by the Chinese judiciary. Now look at his biography as one of those ultra-connected “Laurentian elite” Liberal bigwigs.

After leaving public office in 2003, Manley was made head of a royal commission; then joined a major law firm and the board of Nortel; was president and CEO of the Business Council of Canada for eight years; joined the board of the Canadian Imperial Bank of Commerce and in 2014 became its chair; headed a task force of the U.S. Council on Foreign Relations; chaired a panel on Canada’s Afghan mission; is on the Trilateral Commission; got the Order of Canada; and is now a senior business adviser to Bennett Jones, a law firm with a major international presence including, what’s this, an office in Beijing? And whose “co-head of government affairs and public policy practice” is Liberal insider Eddie Goldenberg, once chief of staff to former prime minister Jean Chrétien, Manley’s boss at the time.

The same Jean Chrétien who, by sheer coincidence, has made a very comfortable living out of his post-political connections with China as counsel with Denton’s LLP, which Glavin calls “the public face of the Chinese corporate law conglomerate otherwise known as Beijing Dacheng.” And did I mention that Manley is also on the board of Telus? His Wikipedia biography doesn’t.

Do such connections compromise a person? Perish the thought. Although in urging the government to bend the rule of law over Meng Wanzhou to make a “prisoner exchange,” Manley told CBC radio, “I think it was a good opportunity for a little bit of creative incompetence on the part of Canadian authorities and somehow just miss her.” The sort of approach they understand in a certain foreign capital.

So there you have it. Lots and lots of rope. Former Chrétien defence minister John McCallum, while ambassador to Beijing, went about publicly advising Chinese-language journalists in Canada on the legal argument Ms. Meng should use to fight extradition. Trudeau had to fire him for the latter, though he refused to draw any connection, and called McCallum “an inspiration to Canadians and an example to the world.”

Yes. But an example of what? Trudeau referred specifically to his work in bringing Syrian refugees to Canada. But also surely of a certain hard and lucrative worldliness. McCallum, after all, was promptly snapped up by Toronto-based McMillan LLP, who crowed about his “unparalleled experience in building mutually beneficial Sino-Canadian connections,” saying: “Especially in this time of a challenged Sino-Canadian relationship, we look forward to John assisting our Canadian clients doing business in China and working with the business community to foster business-to-business contacts leading to opportunities in both China and Canada.” And McCallum’s message? “[N]ow is the time to engage with China.”

Choo choo goes the gravy train. Don’t miss it. Just remember that he who sups with the devil needs a long spoon. Nortel forgot. And Ottawa is trying hard to do the same.

John Robson is a documentary filmmaker, National Post columnist, contributing editor to the Dorchester Review, and executive director of the Climate Discussion Nexus. His most recent documentary is “The Environment: A True Story.”