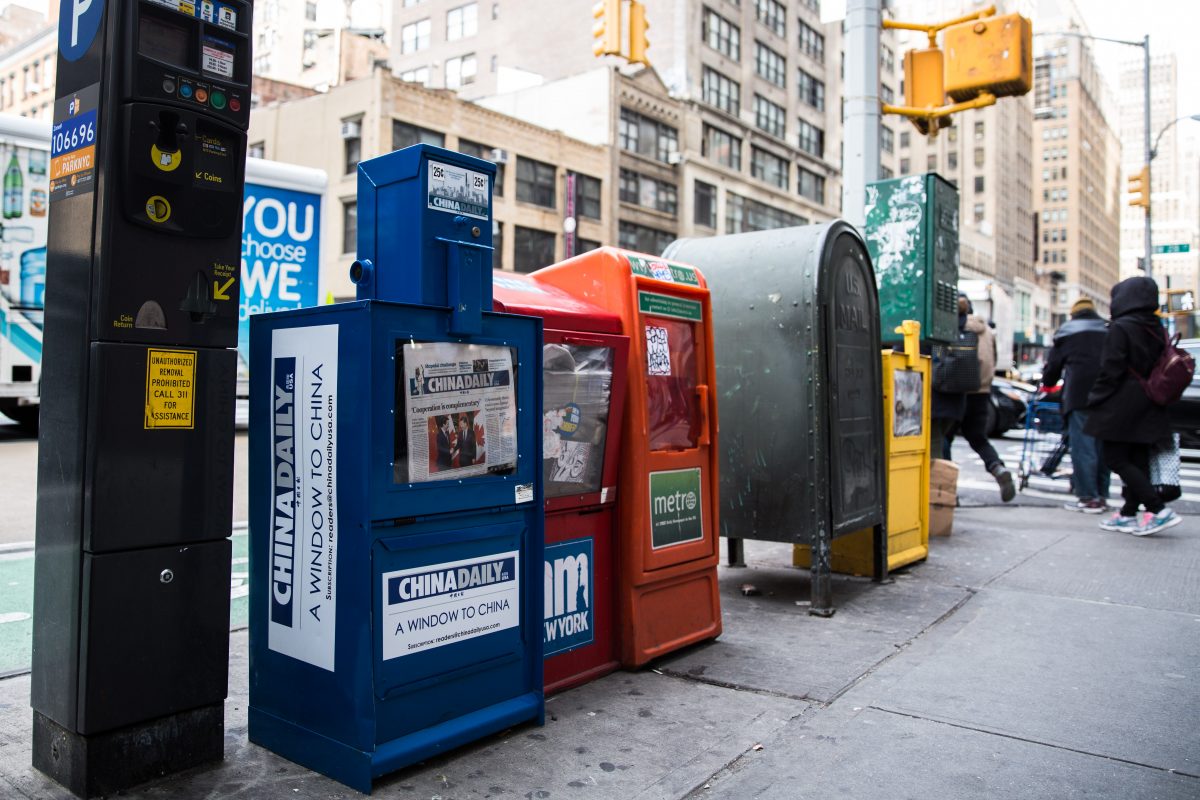 WASHINGTON—Rep. Jim Banks (R-Ind.) says most mornings in his congressional office, he receives a packet of newspapers from across the United States, many of which he goes through seeking helpful facts and credible analyses of the issues of the day.

But solid facts and legitimate analyses aren’t what he sees in the China Daily editions that often come along with the other publications, and Banks is determined to put a stop to the deliveries of the Chinese Communist Party (CCP) propaganda sheet on Capitol Hill.

“What people don’t know is that every morning, we receive a packet of journals and newspapers, and, while that is very helpful to me as a policymaker, the China Daily being included on an almost-daily basis in that packet is a dangerous precedent,” Banks told The Epoch Times on Jan. 2.

“Not just because it’s a propaganda rag, but because of who owns it and how it’s paid for, and for that to show up on the doorstep of every member of Congress, to be distributed to every member of Congress’ team, and oftentimes to be lying around for constituents visiting offices to read, which is what most of these newspapers end up doing, is almost an endorsement of them as a legitimate news source, which they are not,” Banks said.

Banks said that when he initially raised the issue with Phil Kiko, the chief administrative officer (CAO) of the House of Representatives, he was told the daily packet wasn’t under that office’s control.

“But, as you can imagine, security on Capitol Hill is pretty tight, and every morning, I receive these packets on my doorstep, so somebody has to know where they come from, how they’re packaged and funded,” Banks said.

“When you realize there are strict lobbyist rules for disclosure and such, it’s pretty clear that somewhere along the line our rules are being ignored.”

In his Sept. 30, 2019, letter to Kiko, Banks noted that “the China Daily is owned and bankrolled by the Publicity Department of the Communist Party of China, the agency responsible for monitoring and controlling all media produced in the one-party state.”

“China Daily’s increasing reach is part of a broader foreign disinformation initiative started by former [Chinese] premier Hu Jintao. The Chinese Communist Party committed $6.6 billion to foreign propaganda efforts in 2009 and, according to Foreign Agent Registration Act (FARA) receipts, has spent over $20 million on the China Daily since 2017. China’s massive financial commitment speaks to the seriousness of their effort to sway foreign sentiment.”

Stories in the China Daily and in the four-to-eight page supplements the CCP pays to insert in major U.S. dailies such as The Washington Post and The New York Times “serve as cover for China’s atrocities, including its genocide of Uyghurs in the Xinjiang region and its support for the crackdown in Hong Kong,” Banks wrote.

Kiko responded to Banks in an Oct. 8, 2019, letter in which he said the China Daily is among multiple newspapers distributed to Capitol Hill offices by the Lanham, Md.-based National News Agency.

“My office does not directly contract with National News, nor does it pay for or distribute such publications,” Kiko told Banks.

National News claims on its web site that it targets “every single decision maker within the House and Senate every day.”

Kiko, who has been CAO since August 2016, is a longtime aide to Rep. James Sensenbrenner (R-Wis.). He was retained as CAO when Democrats regained the House majority in January 2019.

Banks said his letter to Kiko and a more recent one to House Administration Committee Chairman Zoe Lofgren (D-Calif.) and Rep. Rodney Davis (R-Ill.), the panel’s ranking Republican, were lost in the impeachment debate and controversy in December. Neither Lofgren nor Davis have responded to Banks.

“We go back into session next week, and I will be following up with those leaders to make sure they’re paying attention to the issue in my letter,” Banks told The Epoch Times.

Dave Gasperetti, National News’ vice president for public relations, initially denied in an interview on Jan. 2 that China Daily is among the publications his company distributes to congressional offices, then said, “what we deliver is proprietary, and I don’t have to tell you.”