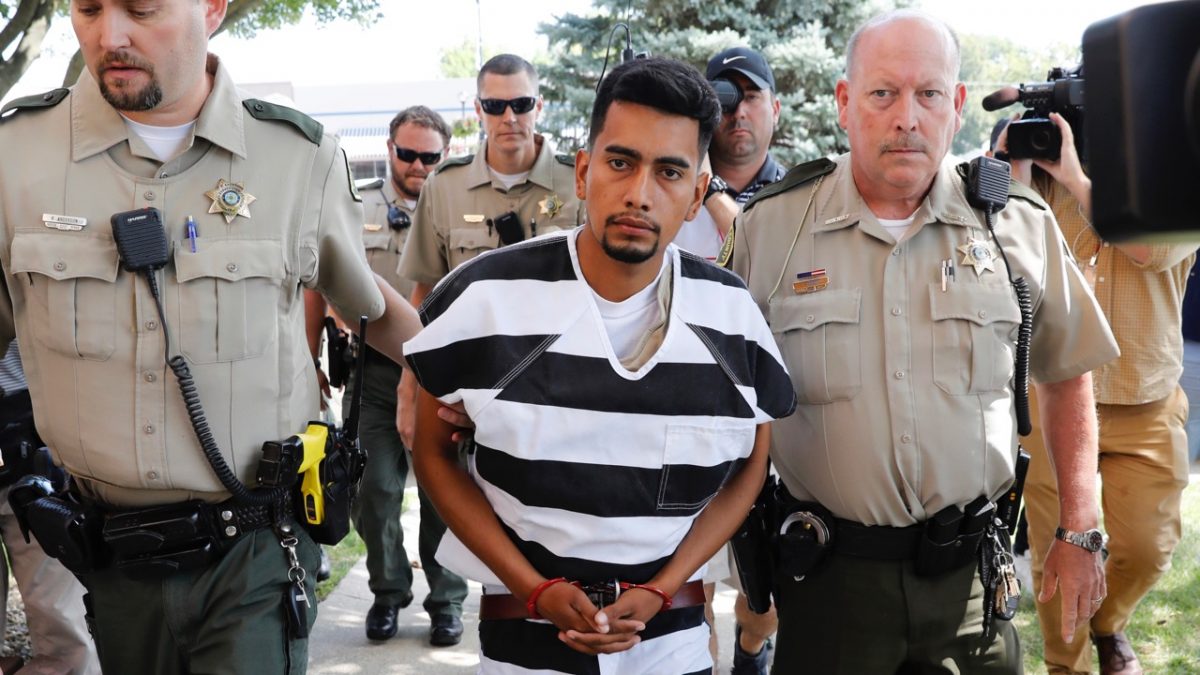 IOWA CITY, Iowa—In a victory for prosecutors, a judge ruled Monday that they can use key evidence at trial against the migrant worker charged with killing University of Iowa student Mollie Tibbetts.

Judge Joel Yates agreed with prosecutors that some statements made by the defendant, Cristhian Bahena Rivera, must be suppressed because they came during an interrogation after he was not fully read his legal rights.

But Yates ruled that prosecutors can still use the information provided by Rivera that led them to the body of Tibbetts, who disappeared in July 2018 while out for a run in her small hometown of Brooklyn, Iowa. He also ruled that statements made by Rivera after the discovery of the body were admissible because he was read his rights at that point.

Also, Yates ruled that Rivera gave consent to search his vehicles, so prosecutors can use blood evidence discovered in the trunk of one car that allegedly contained Tibbetts’ DNA.

Rivera, a 25-year-old dairy farm employee who was allegedly in the country illegally, is scheduled to stand trial in February. He faces life in prison if convicted at the trial, which has been moved across the state to Sioux City due to extensive pretrial publicity.

A spokesman for the attorney general’s office, which is helping Poweshiek County prosecute Rivera, hailed Monday’s ruling as a positive step forward.

“We’re pleased with the judge’s ruling, and we’re prepared to try the case in February,” spokesman Lynn Hicks said.

Yates had been weighing what evidence to allow at the trial after overseeing a two-day hearing in November on Rivera’s motion to suppress key evidence.

Tibbetts’ disappearance touched off one of the largest manhunts in Iowa history and drew extensive media attention. Investigators began focusing on Rivera a month later after he was tied to a vehicle seen on surveillance video appearing to stalk Tibbetts while she jogged.

Rivera is a Mexico native who is suspected of living in the United States illegally since he was a teenager,

Investigators showed up at the dairy farm where Rivera worked to interview him and other employees in August, 2018. He was taken to the sheriff’s office, where he was questioned for hours. Eventually, Rivera allegedly directed investigators to the cornfield where they found Tibbetts’ body.

Yates ruled that Rivera voluntarily gave consent to search his vehicles and to go to the sheriff’s office for the interrogation. He denied Rivera’s defense’s argument that he had been coerced into giving permission for both, and that his confession was the product of a sleep-deprived interrogation.

Investigators later discovered blood in the trunk of one of the vehicles that they say testing later linked to Tibbetts’ DNA. Since the search of the vehicle was voluntary, Yates said that evidence can be used.

Agreeing with the prosecutors’ legal position, Yates found that Rivera was effectively taken into custody hours into the interrogation when agents put a detainer on him due to his immigration status. He ruled that statements made by Rivera over the next several hours are inadmissible because an officer did not warn him that his statements could be used against him.

However, Yates ruled that prosecutors can use the discovery of Tibbetts’ body as evidence since Rivera’s statements were voluntarily given.