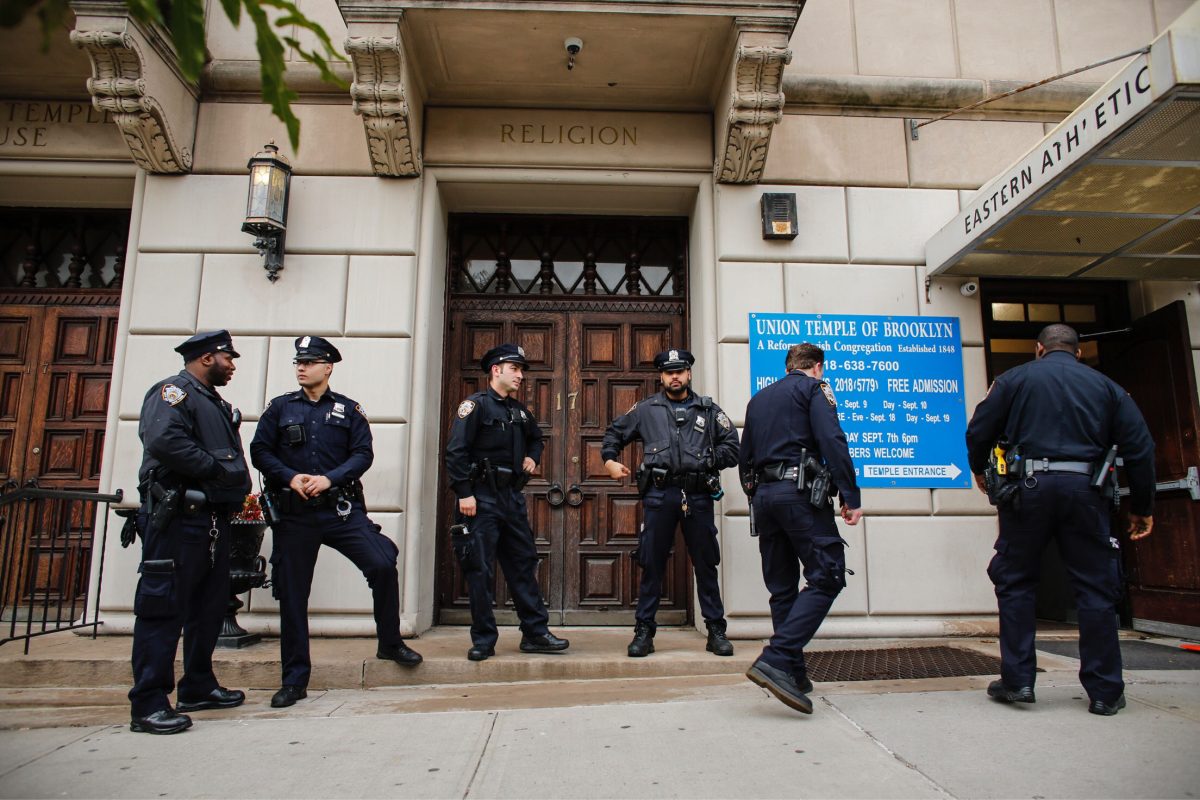 Republicans and Democrats condemned the recent spate of anti-Semitic attacks in New York, denouncing all violence against Jews. Many Senators and House members released statements emphatically supporting the victims of the most recent attack in the Jewish community of Monsey.

The lawmakers voiced their outrage about what appears to be a trend of anti-Semitic violence in the United States.

Senator Lankford (R-Okla.) wrote, “Last night, at a celebration of Hanukkah, the Jewish Festival of Lights, the scourge of anti-Semitism reared its ugly head, bringing darkness with it. We are deeply saddened by this horrific act of anti-Semitic violence that left multiple people injured.”

“This vicious attack represents a disturbing trend of violence against the Jewish community in the United States, and globally, and we must work to put a stop to this epidemic… We cannot stand silent while targeted acts of anti-Semitism continue to occur.”

Since Dec. 8, there have been 13 anti-Semitic acts of violence, including the Dec. 28 attack, New York Governor Andrew Cuomo said. The attack happened on Saturday at the home of Rabbi Chaim Rottenberg. His home is next to a synagogue.

New York Republican congressman Lee Zeldin issued the following statement regarding the stabbing attack in Monsey, New York. “Hanukkah 2019 in New York will be remembered for a sick amount of violent anti-Semitic attacks in and around New York City. From colleges to Congress to Hanukkah parties and synagogues, anti-Semitism is on the rise and on full display in many ugly forms.”

Congresswoman Karen Bass (D-Calif.) and Congressman Tom O’Halleran (D-Ariz.) also condemned the string of anti-Semitic attacks including the most recent stabbings at the Rabbi’s home.

“This year, our American Jewish community has endured far too many acts of violence, terror, hate, and ignorance,” O’Halleran said. “I stand today with my Jewish friends and colleagues and demand that enough is enough. Antisemitism has absolutely no place in our country.”

The Leadership of the Congressional Caucus on Black-Jewish Relations, made up of Co-chairs Brenda Lawrence (D-Mich.), Debbie Wasserman Schultz (D-Fla.), Will Hurd (R-Texas), John Lewis (D-Ga.) and Lee Zeldin (R-N.Y.), issued this group statement following the attack on Rottenberg’s home in Monsey:

“We condemn in the strongest possible terms the anti-Semitic attack in Rabbi Chaim Rottenberg’s home in Monsey, New York, during the Jewish holiday of Hanukkah.”

Ramapo, New York, Police Chief Brad Weidel said it was unclear why the rabbi’s house was targeted or if a specific ideology motivated the suspect. Monsey is a hamlet within the town of Ramapo in Rockland County.

“The House Bipartisan Task Force for Combating Anti-Semitism strongly condemns last night’s anti-Semitic attack in a rabbi’s home in Monsey, NY. This comes on the heels of numerous attacks against Jews in Brooklyn and Manhattan and the shooting at a kosher deli in Jersey City earlier this month.”

The members of both groups said they are keeping the victims of the attack in their prayers.