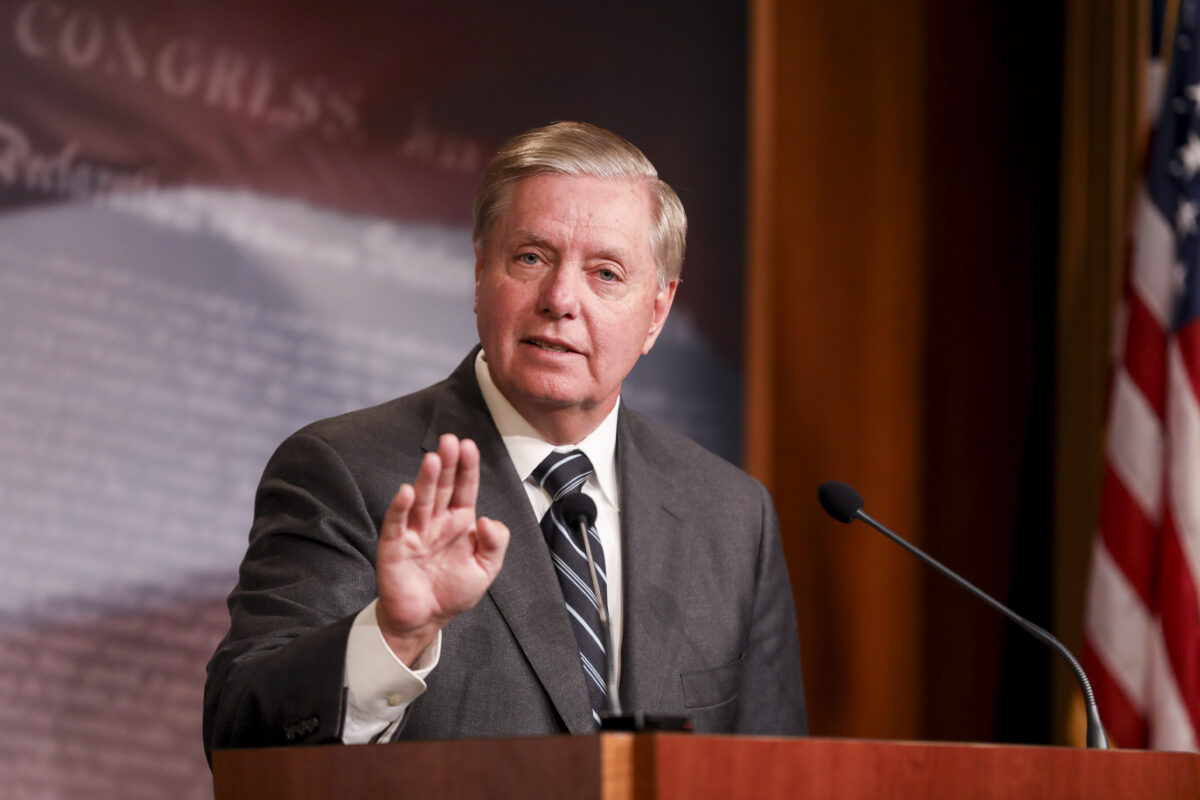 Sen. Lindsey Graham (R-S.C.) has said that President Donald Trump is planning a partial withdrawal of U.S. troops from Afghanistan as of next year.

The South Carolina Senator made the comments during a visit to the capital city of Kabul on Monday, adding that Trump is likely to announce the withdrawal, which could reduce the number of troops from 12,000 to 8,600, within the next few weeks.

“The Afghan security forces are getting more capable,” said Graham. “As they achieve capability, the number of U.S. forces necessary can go down.”

Graham said that Afghanistan’s National Security Forces are “more than capable” of defending their country, adding, “As they achieve capability, the number of U.S. forces necessary can go down.”

Although the senator is opposed to a full withdrawal of U.S. troops from the country, he said he is supportive of Trump’s partial withdrawal as 8,600 troops would be enough to guarantee that “Afghanistan never becomes a launching pad for another attack against the United States homeland.”

However, he stressed that the withdrawal must be “condition-based” and that the Taliban must make good on the promises they’ve made during talks.

“It’s our goal to withdraw our forces, but it is our ultimate goal to do it in a sustainable fashion. So we don’t have to come back and we don’t undercut our prestige and our standing all over the world,” he said.

His comments come after negotiations between the United States and the Taliban were halted last week following an attack outside Bagram Air Base which left two Afghans dead and 73 wounded, including five U.S. soldiers.

U.S. officials were dealt a further blow earlier this month when The Washington Post published a bombshell report detailing the “root failures” of the war in Afghanistan which featured transcripts of confidential interviews with key figures involved in prosecuting the 18-year U.S. conflict.

The report contained statements from more than 400 insiders who gave unrestrained criticism of what went wrong in Afghanistan and claimed the government had hid evidence and distorted statistics to deliberately mislead the public to make it appear as though the United States was winning the war.

One of those interviewed was Douglas Lute, a three-star Army general who served as a war czar for Afghanistan under the George W. Bush and Barack Obama administrations.

According to the Post, in a 2015 interview Lute said: “We were devoid of a fundamental understanding of Afghanistan—we didn’t know what we were doing… If the American people knew the magnitude of this dysfunction—2,400 lives lost.”

Despite the bombshell revelations made in the report, U.S. officials have been largely dismissive of its importance, with many seemingly sidestepping questions raised about the government’s transparency with the general public.

Former Defense Secretary James Mattis told reporters at a Washington Post event last week that he has a “hard time seeing it as all that revelatory.”

“The difficulty of Afghanistan was well understood very early on. The idea that there was any kind of an effort to hide this perplexes me. … If you read [the articles], you’d almost think it’s a total disaster, and it’s not that at all. It’s been hard as hell, but it’s not just one undistinguished defeat after another,” he added.

Meanwhile, Defense Secretary Mark Esper revealed he is yet to “read all the stories,” telling reporters last week: “But the stories spanned multiple administrations, multiple uniformed and civilian officials, and I think it’s good to look back. I think at this point where I’m looking is forward.”

The president has long advocated for a reduction in the number of American forces in Afghanistan and the Middle East.

Last month during a Thanksgiving service at Bagram Air Base, the largest U.S. base in Afghanistan, he said that he would “reduce” forces there “very substantially.”