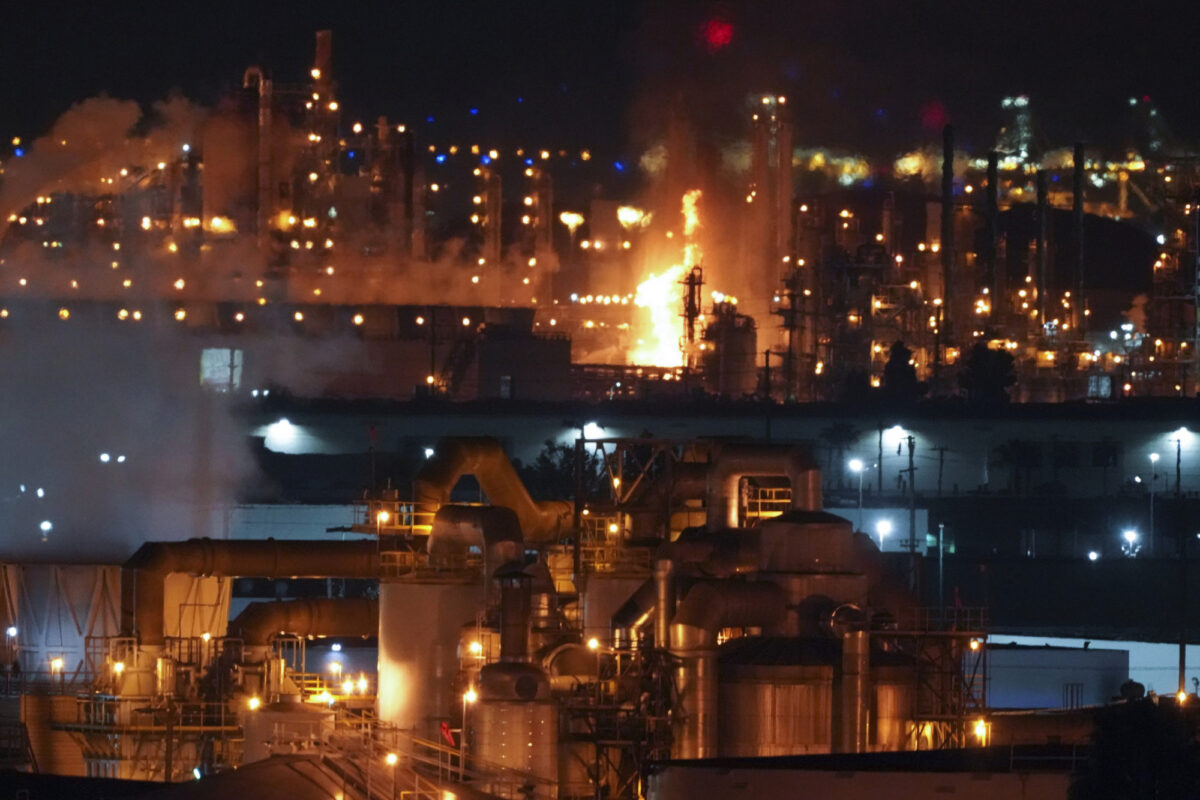 Los Angeles County firefighters responded to a large refinery fire that temporarily closed all lanes of the 405 Freeway on Feb. 25 night in the city of Carson.

The Los Angeles County Fire Department said the fire sparked about 10:50 p.m. An explosion went off before the fire began burning in a cooling tower at the refinery, the department said.

Personnel from the refinery were keeping the flames in check through “fixed ground monitors” while working to depressurize the system, fire officials said.

REFINERY FIRE | FS36 | #Carson | An explosion preceded fire in a cooling tower at the Marathon Refinery. Marathon personal keeping flames in check via fixed ground monitors while they work to depressurize the system. LACOFD assisting.

Authorities secured a perimeter around the refinery and did not anticipate needing to evacuate residents, officials said.

Marathon is the largest refinery on the West Coast with a crude oil capacity of 363,000 barrels per calendar day, according to the company’s website. It manufactures gasoline and diesel fuel, along with distillates, petroleum coke, anode-grade coke, chemical-grade propylene, fuel-grade coke, heavy fuel oil, and propane, the website says.

Authorities could not immediately confirm what sparked the fire.

No injuries have been reported so far.