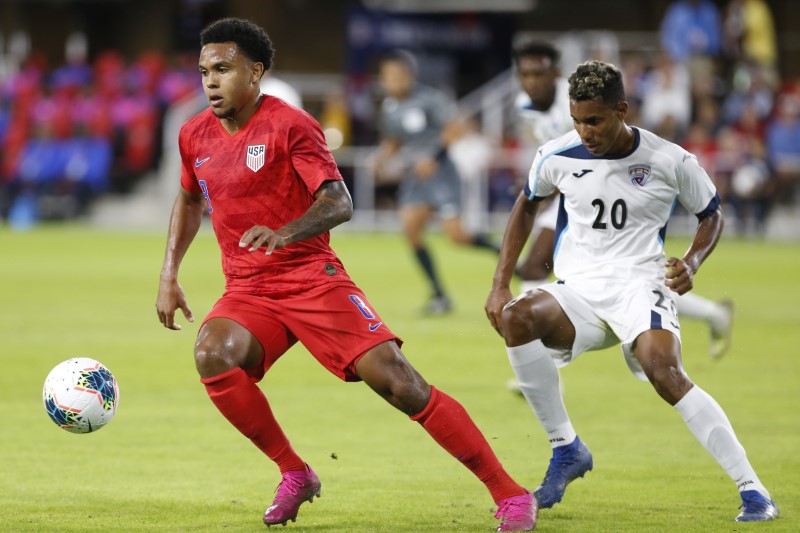 (Reuters) – Striker Weston McKennie scored the quickest hat-trick in U.S. soccer history on Friday as the home side hammered Cuba 7-0 in a Nations League match in Washington DC.

The Schalke 04 forward got his first goal after just 30 seconds, scored a second four minutes later and then competed his hat-trick with 13 minutes gone.

The United States were 6-0 up at half time, with Jordan Morris equaling a national record of three assists.

Morris and Joshua Sargent also scored and Dario Ramos also put one into the net.

Both McKennie and Morris were replaced at the interval but captain Christian Pulisic grabbed a seventh from the penalty spot after 62 minutes.