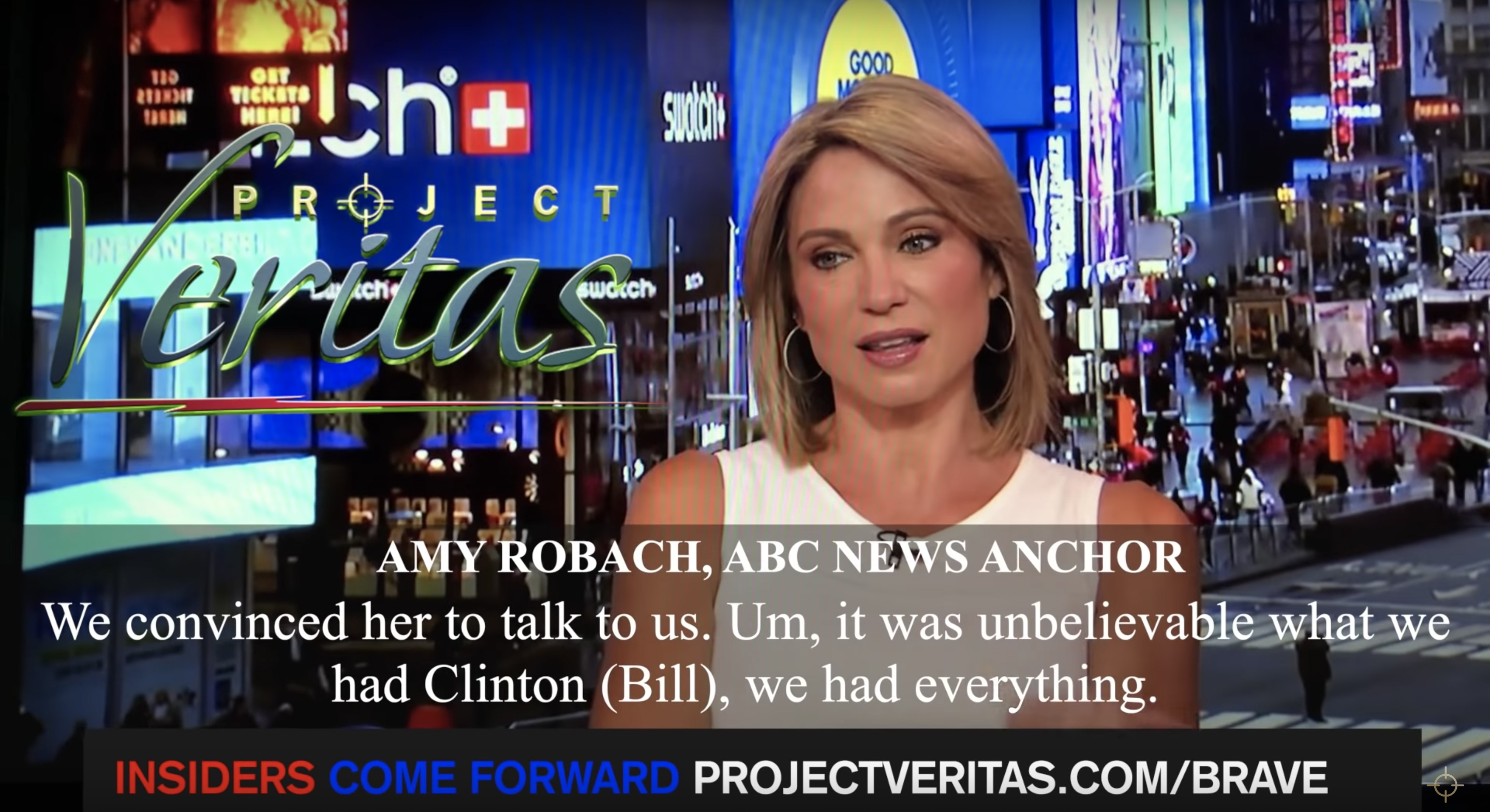 Former NBC and Fox News host Megyn Kelly interviewed the woman who was accused of leaking video showing a top ABC anchor talking about how the network killed a story with a Jeffrey Epstein accuser despite having solid evidence backing the piece.

Kelly posted a picture of her with the woman, who is partially shielded from the camera, on Twitter early Friday.

“Just wrapped interview that’s airing on my YouTube channel and on IGTV,” Kelly told her followers, which number over one million. The promotion came just after Kelly said she’d just joined Instagram for the first time and urged people to follow her there.

“I’m here on my set, where we just shot a really interesting interview,” Kelly said in a video on Instagram.

“The employee who sort of marked that clip in the system and then moved onto CBS got fired this week because they suspected she leaked this thing to Project Veritas. We just sat down with her for an interview, and we got the full story.”

Kelly said the interview was “fascinating” and “riveting.”

The interview will be Kelly’s first since she and NBC parted ways in January. Kelly joined NBC in 2018 after leaving Fox.

The interview would be posted later Friday, Kelly said.

The woman she interviewed was fired by CBS after ABC alerted the rival network that an investigation showed the woman, while still working at ABC, accessed the video showing anchor Amy Robach discussing how executives at the network shut down a story about Epstein, a convicted sex offender and accused sex trafficker.

“I’ve had the story for three years. I’ve had this interview with Virginia Roberts,” Robach said in the “hot mic” moment in August.

Roberts says she was abused by Epstein when she was a minor.

“We would not put it on the air. First of all, I was told, ‘Who’s Jeffrey Epstein? No one knows who that is. This is a stupid story,’” Robach continued before adding that the British royal family learned about the looming story and “threatened us a million different ways.

One of the reasons the story was killed, Robach said, was that ABC executives were fearful that if the investigation was allowed to move forward, the royal family would bar access to Prince William and Kate Middleton.

Prince Andrew, once sixth in line to the throne, was an Epstein associate who was filmed inside of the sex offender’s New York City mansion in 2010, after Epstein was released from prison.

After Project Veritas released the video, Robach issued a statement clashing with her comments on the tape, claiming: “I was upset that an important interview I had conducted with Virginia Roberts didn’t air because we could not obtain sufficient corroborating evidence to meet ABC’s editorial standards about her allegations.”