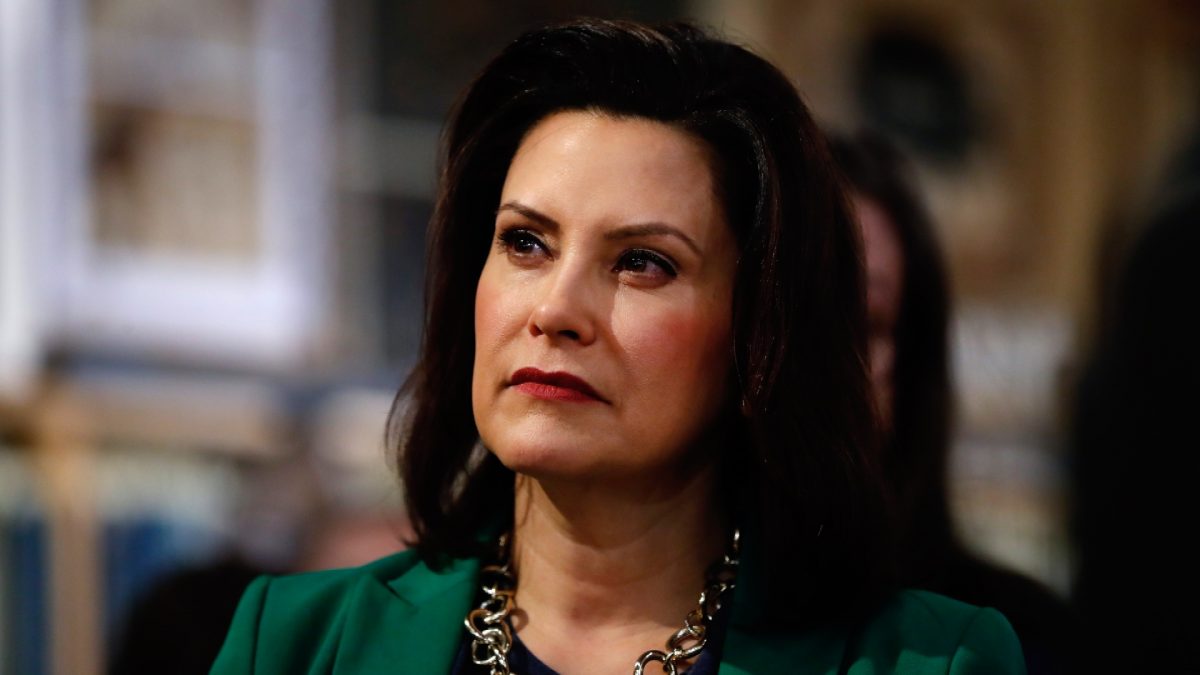 Michigan Gov. Gretchen Whitmer is facing criticism from lawmakers after her husband reportedly requested the family’s boat be placed on the water ahead of Memorial Day celebrations.

Whitmer has imposed some of the strictest lockdown regulations in the United States, prompting widespread protests throughout Michigan. Congressman Paul Mitchell is suing Whitmer over the governor’s CCP virus-related emergency orders that he said violate the separation of powers between the legislative and executive branches, and also people’s rights to association, intrastate travel, and commerce.

The governor first issued a statewide stay-at-home order on March 23 in an effort to combat the spread of the virus, but on Monday announced she was lifting some business and travel restrictions in Northern Lower Michigan and the Upper Peninsula before Memorial Day weekend. However, she urged residents to “think long and hard” about taking a trip to certain regions if they did not live in them.

“If you don’t live in one of the regions, think long and hard about taking a trip there,” she said during a CCP virus briefing in Lansing. “Please be smart. The whole state is watching to make sure we get this right.”

“A small spike could put the hospital system in dire straits pretty quickly. That’s precisely why we’re asking everyone to continue doing their part. Don’t descend on [waterfront] Traverse City from all regions of the state,” Whitmer added.

But around three days later, in a post that is now longer visible to the public, NorthShore Dock LLC and its owner, Tad Dowker, wrote on Facebook that Whitmer’s husband, Marc Mallory, had requested that his boat be placed in the water before Memorial Day, Detroit News reported.

While Whitmer and her husband own a house about 25 minutes from Traverse City, their primary residence is three hours away, in Lansing, according to the publication.

“This morning, I was out working when the office called me, there was a gentleman on hold who wanted his boat in the water before the weekend,” Dowker reportedly wrote on Facebook. “Being Memorial weekend and the fact that we started working three weeks late means there is no chance this is going to happen,” Dowker continued, according to the outlet.

“Well our office personnel had explained this to the man and he replied, ‘I am the husband to the governor, will this make a difference?’” the post went on.

“After a long day of keeping crews running, adhering to the additional safety regulations that need to be in place to operate our small business and fielding calls from customers frustrated with our lagging installation schedule I was told the governor’s husband called asking for install availability,” the company posted. “Up until this point we, as a company, had no idea we installed their dock or boat.”

The company reportedly posted a second statement on Facebook on Saturday after removing its initial one when it went viral, and stated that employees did not have time to respond to multiple requests from media.

They added that Mallory was respectful and understanding when the company couldn’t schedule the installation early.

In Facebook post which has since been deleted, State Sen. Tom Barrett criticized Mallory’s apparent request for the boat installation after Whitmer had urged Michigan residents not to “descend” on the city.

The lawmaker said he removed the post after the governor’s office reached out to the staff of Senate Majority Leader Mike Shirkey asking for the post to be removed and contending the comments were false.

The Epoch Times has contacted Whitmer’s office for comment.