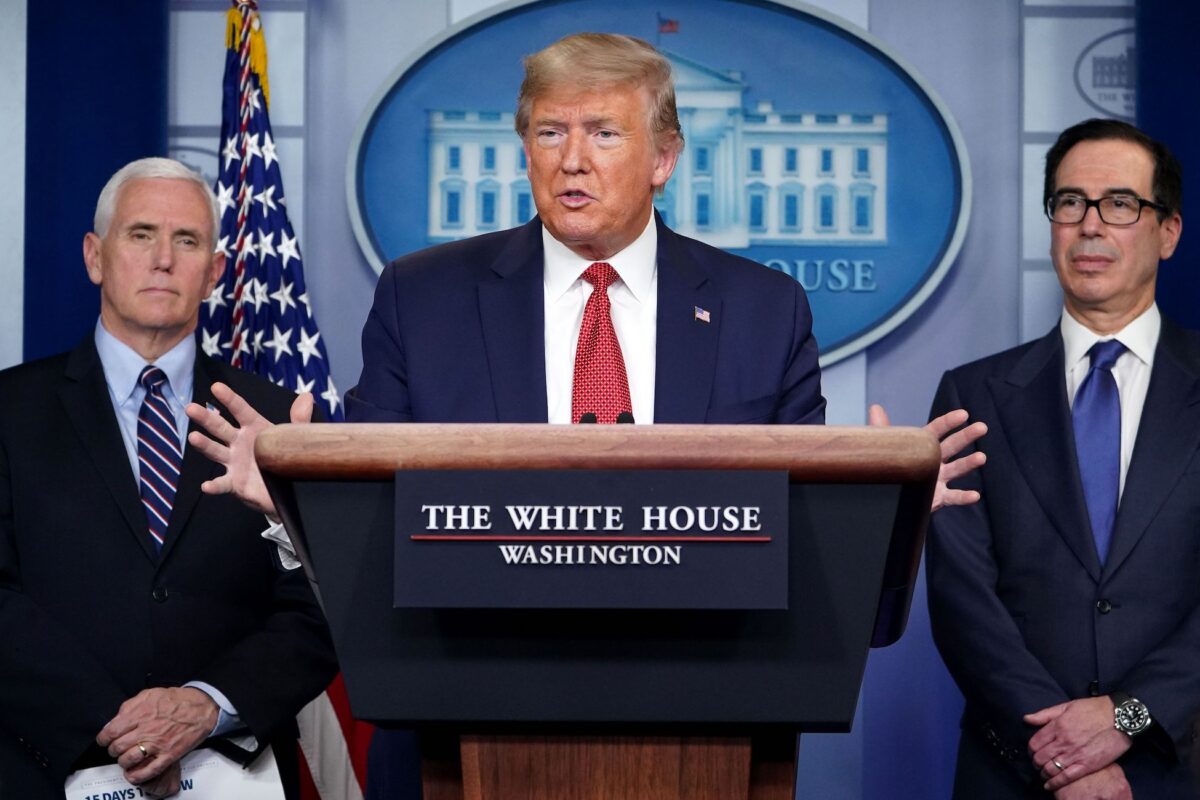 President Donald Trump on Wednesday provided a brief update on critical health supplies amid the COVID-19 outbreak in the United States and said that the country is now conducting more testing than any other in the world.

Trump also said that the United States is “doing more testing than anybody by far,” adding that he had recently spoken with South Korean President Moon Jae-in.

“They’ve done a very good job at testing,” Trump said. “But we now are doing more testing than anybody by far. We do more in eight days than they do in eight weeks. And we go up on a daily basis exponentially.”

On Tuesday, White House Coronavirus Task Force Coordinator Dr. Deborah Birx said that the United States had conducted more testing in the last eight days than South Korea had in eight weeks. At the time, she said the United States was doing about 50,000 to 70,000 tests a day.

“The news, the reporters, the media always like to bring South Korea,” the president said on Thursday. “They [South Korea] called me, they told me ‘it’s amazing, your testing procedures are amazing.’ Plus we have a test that’s a very high-level test and it’s a test that’s very accurate.”

The American Enterprise Institute started a tracker of America’s testing capacity, which is projecting that the United States will conduct 100,000 or more COVID-19 tests per day by March 27.

One reporter asked the president about the possibility of testing all Americans and quarantining of those who need to be isolated, while allowing the rest to return to work.

“We have some big problems but confined to certain high-density areas,” Trump said. “Why would we test the entire nation of 350 million people?”

He noted that a lot of states with lower infection numbers “could go back [to work] right now, and they probably will because, at some point in the not too distant future, certain states are going to come off the rolls.”

“Maybe New York can’t and maybe California can’t. Maybe the state of Washington can’t, although if you look at them, their biggest problem was in one nursing home,” he added.

“We have the ability to test, we have come a long way from an obsolete, broken system I inherited. We have tested with the best test, far more than anybody else. When I say anybody else, other countries, no country is even close,” he said.

But he added, “I don’t want to test 350 million people. I think it’s ridiculous.”

Self-Swab Tests On The Way

The tests will allow people to collect their own samples using a nasal swab while self-isolating. They or someone else would then take the sample to an authorized clinical or drive-through testing site and receive their results that same day, making the process simpler and possibly safer.

Confirmed cases of the CCP virus continue to rise in the United States as testing and access to it improves, and as testing centers work to clear a backlog of samples.

The Epoch Times refers to the novel coronavirus, which causes the disease COVID-19, as the CCP virus because the Chinese Communist Party’s coverup and mismanagement allowed the virus to spread throughout China before it was transmitted worldwide.

The United States has more than 69,000 cases of the CCP virus and more than 1,000 deaths, according to data from Johns Hopkins University on March 25.

The Coronavirus Task Force is urging all Americans to adhere to the “15 Days to Slow the Spread” campaign to urgently reduce the spread of the virus. Trump said on Tuesday that his administration will assess regulations surrounding business activity after the 15 days of recommended social distancing measures.