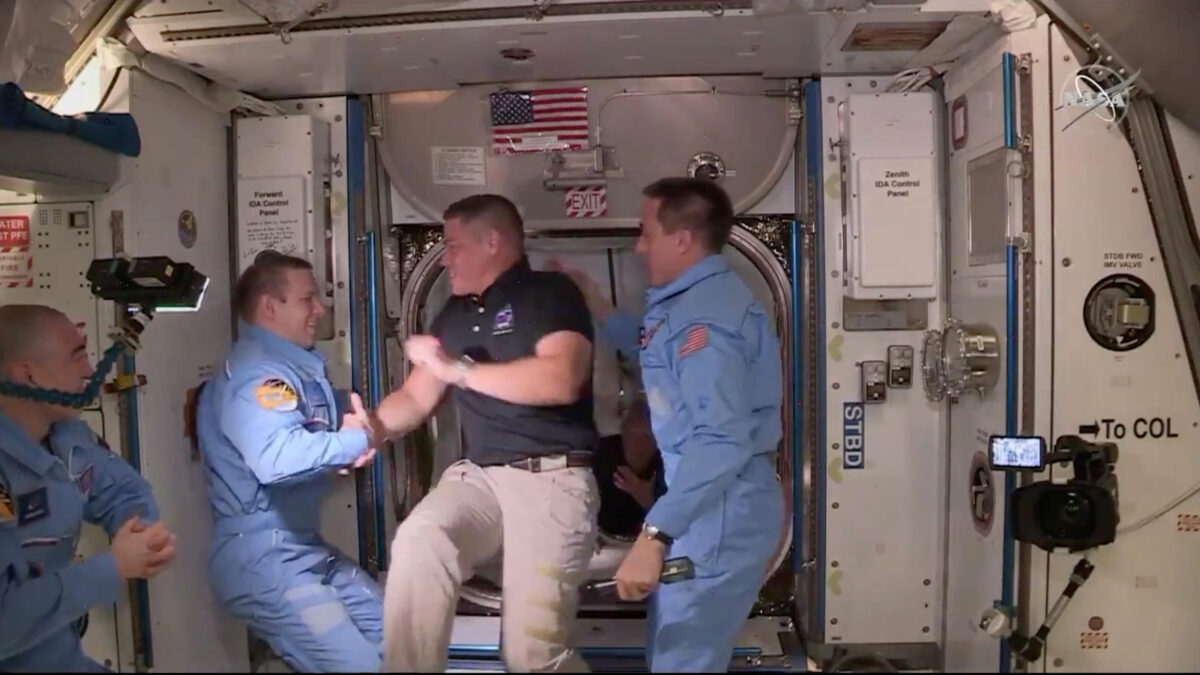 The two NASA astronauts who rode to the International Space Station aboard SpaceX’s new Crew Dragon are heading home for a Sunday splashdown in the Gulf of Mexico, capping a two-month voyage in space that marked NASA’s first crewed mission from home soil in nine years.

Crew Dragon “Endeavor” decoupled from the orbital station at 7:35 p.m. ET carrying U.S. astronauts Bob Behnken and Doug Hurley ahead of a Sunday afternoon splashdown off the coast of Pensacola, Florida — the first procedure of its kind in a privately built space capsule.

“It’s been a great two months, and we appreciate all you’ve done as a crew to help us prove out Dragon on its maiden flight,” Hurley told the remaining U.S. station crew member Chris Cassidy, as Crew Dragon autonomously eased away from its docking port to begin the 21-hour journey home.

NASA and SpaceX — monitoring the crew’s return from Houston, Texas and SpaceX’s headquarters in Hawthorne, California — ruled out splashdown options in the Atlantic earlier this week due to Tropical Storm Isaias, a cyclone expected to churn alongside Florida’s east coast as a hurricane in the coming days.

Upon a successful splashdown at 2:48 p.m. ET Sunday, the spacecraft will have completed its final key test to prove it can transport astronauts to and from space — a task SpaceX has accomplished dozens of times with its cargo-only capsule but never before with humans aboard.

“The hardest part was getting us launched, but the most important part is bringing us home,” Behnken said during a farewell ceremony early on Saturday aboard the space station.

Billionaire entrepreneur Elon Musk’s SpaceX became the first private company to send humans to orbit on May 31 with the launch of Behnken and Hurley, who will have spent more than two months on the space station upon returning.

The mission marked the first time NASA launched humans from U.S. soil since its shuttle program retired in 2011. Since then the United States has relied on Russia’s space program to launch its astronauts to the space station.

NASA officials have said Crew Dragon, an acorn-shaped pod that can seat up to seven astronauts, has been in a “very healthy” condition since docking to the space station, where astronauts have been conducting tests and monitoring how the spacecraft performs over time in space.

Behnken and Hurley will have a few hours for sleep during their journey home in the capsule, which will gradually decrease its orbital altitude through a series of automated thruster firings.

“They’ve got plenty of food and water aboard the spacecraft,” SpaceX engineer Siva Bharadvaj said during a livestream of the undocking.

NASA, aiming to galvanize a commercial space marketplace, awarded nearly $8 billion to SpaceX and Boeing Co collectively in 2014 to develop dueling space capsules, experimenting with a contract model that allows the space agency to buy astronaut seats from the two companies.