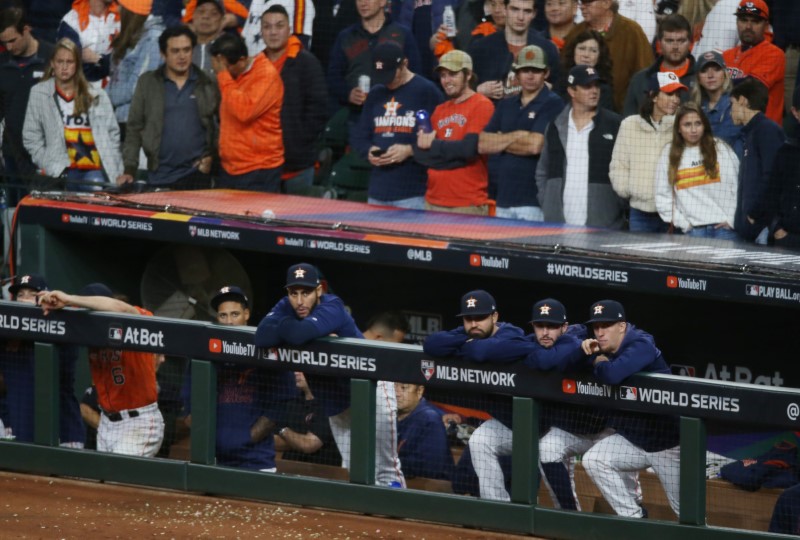 (Reuters) – The Astros got a dominant outing from starting pitcher Zack Greinke and took a 2-0 lead into the seventh inning but that was where the visiting Nationals finally struck back, grabbing a lead they would not relinquish.

When the final out was recorded, Nationals players streamed onto the field from the dugout and bullpen, tossing their gloves into the air with arms raised in celebration while the orange-clad crowd inside Houston’s Minute Maid Park watched in silence.

For the Nationals, who began playing in the U.S. capital in 2005 when the Montreal Expos moved there and changed their name, the win put the finishing touches to a stunning turnaround after they began the season with a miserable 19-31 record.

Anthony Rendon kicked off the Nationals rally in the seventh with a solo shot off Greinke, and Howie Kendrick came up with a go-ahead two-run blast off Astros reliever Will Harris two batters later.

The Nationals, who faced elimination five times during the postseason, added another run in the eighth and then put the game out of reach with a two-run ninth inning before closer Daniel Hudson retired the side.

The game marked the first time in any American professional sport where the road team went 7-0 in a best-of-seven games series.