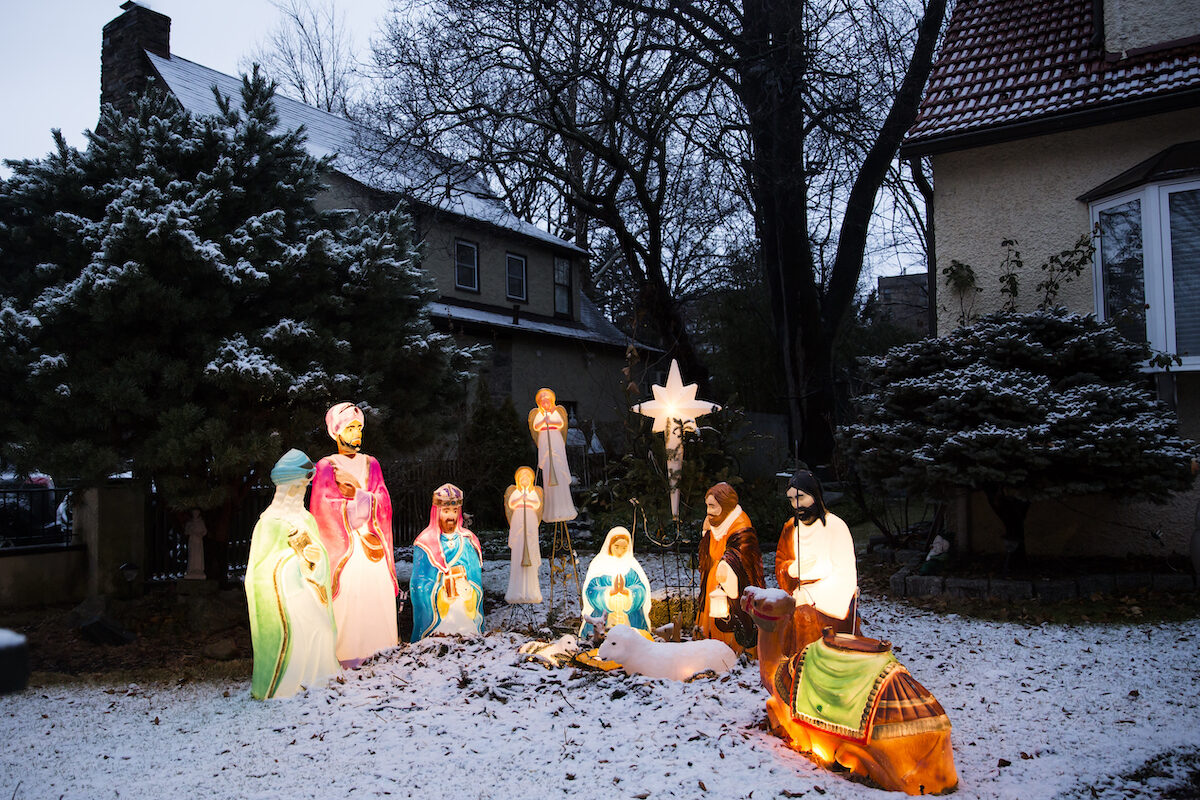 Nearly half of voters say the religious aspects of the Christmas holiday are not receiving as much attention as in the past, according to a recent poll.

Polling data from the Hill-HarrisX survey found that 46 percent of respondents say that there is too little emphasis on Christmas as a religious holiday while 18 percent say there is too much emphasis. Meanwhile, 36 percent of voters say there is a right amount of balance between the religious and other aspects of the holiday.

This comes at a time where earlier polling data from this year found the number of people who identify as Christian was facing a rapid decline across the country. The Pew Reseach Center found that the number of Americans who identify as Christian fell 12 percentage points over the past decade, while the number of people who describe their religious identity as atheist, agnostic, or “nothing in particular” is at 26 percent, up 9 percentage points from 2009.

The Hill-HarrisX survey data, which was released on Dec. 20, was also broken down along party lines. It found that a majority of Republicans, 57 percent, said there was too little emphasis on religion during Christmas, while 45 percent Democrats and 37 percent Independents said the same.

The survey was conducted with 1,000 respondents between Dec. 13 and 14. It has a margin of sampling error of plus or minus 3.1 percentage points.

According to a 2016 Gallup poll, 79 percent of Americans identify with a religion, with a majority identifying as Christian, while about 21 percent identify as not having a formal religious identity or did not give a response.

Americans See Religion as a Force for Good

Despite the waning influence on society, a majority of Americans say that they see religion as a force for good. A poll of the Pew Research Center in November found that 55 percent of Americans say that churches and religious organizations do more good than harm in U.S. society as opposed to 20 percent who say the opposite.

A study called the Religious Freedom Index, released by The Becket Fund for Religious Liberty in November also found that Americans still have a favorable view of religion. One of the study’s salient findings was that 87 percent of Americans support the freedom for individuals to practice their religion in their daily life without facing discrimination or harm from others.

It also found that 70 percent of people support freedom of religious groups or organizations to make their own decisions on hiring and leadership without government interference, and 74 percent of Americans say that individuals should be free to believe marriage is a union between and man and a woman without facing discrimination from the government.

The Becket Fund is a non-profit organization and law firm defending religious rights. The study began this year and surveyed 1,000 American adults across the country online between mid-September and mid-October.

President Donald Trump called on Americans to “foster a culture of deeper understanding and respect” while appealing for unity in his Christmas message on Dec. 25.

“During this joyous time of year, we join a grateful Nation in thanking God for His abundant blessings and boundless love,” he said in the message.

“While the challenges that face our country are great, the bonds that unite us as Americans are much stronger. Together, we must strive to foster a culture of deeper understanding and respect—traits that exemplify the teachings of Christ.”

The president also reminded Americans to cherish the religious freedoms they enjoy and paid tribute to the men and women of the Armed Forces.