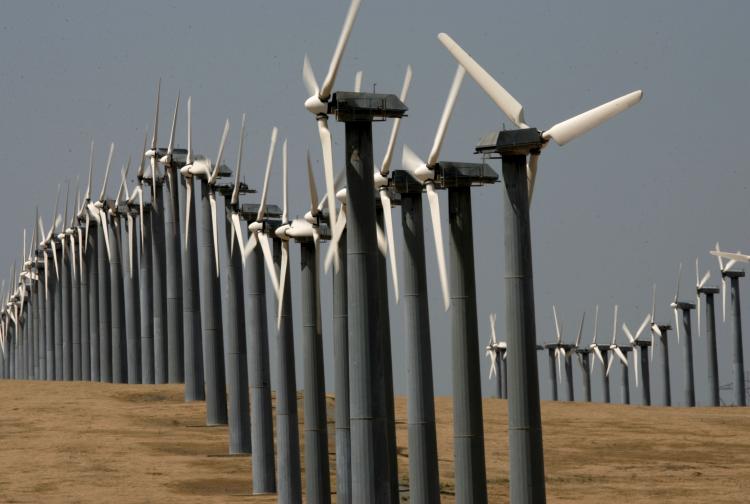 Decarbonization would be ‘ruinous of our current standards of living’, claims Cambridge Professor of Technology

A British engineering expert, Prof. Michael Kelly, says he believes that Green New Deal-style plans to decarbonize economies by 2050 are “madness” and that their effects on an economy would be “like the coronavirus all over again.”

Professor emeritus of technology in the Engineering Department at the University of Cambridge, Kelly made the statements about legislation passed in 2019 that requires the UK to bring all greenhouse gas (carbon) emissions down to net zero by 2050. With broadly similar energy—and transport—provision challenges facing both the UK and the United States over the next thirty years, his study (pdf) claims that “the costs of decarbonizing will be ruinous of our current standards of living.”

Kelly believes that the British decarbonization plans have not been thought through, that systems engineering expertise is notably absent from their technological considerations, and that constraints posed by critical materials, cost, and massive infrastructure requirements mean that such plans are virtually impossible to implement.

However, American proponents of similar elements of the Green New Deal (pdf)—such as Congresswoman Alexandria Ocasio-Cortez and Senator Bernie Sanders—and, now, presidential candidate Joe Biden’s “Plan for a Clean Energy Revolution and Environmental Justice” insist that reaching net-zero carbon emissions will be a boon for the U.S. economy. According to Biden, the “existential threat” of climate change can be turned into “an opportunity to revitalize the U.S. energy sector and boost growth economy-wide,” invigorating U.S. manufacturing and creating “high-quality, middle-class jobs in cities and towns across the United States.”

Net-Zero by 2050: How to Decarbonize an Economy

According to Professor Kelly, plans to decarbonize the British economy (as with Green New Deal-type plans in the United States) aim to electrify the transportation of both persons and freight as well as to shift the provision of industrial and domestic heat from natural gas to electricity (or, for the United States, to a mix of electricity and hydrogen gas). The electricity would be provided primarily by wind and solar facilities, with wind and other renewable energy produced at night stored in batteries for peak demand situations during the day.

While the Ocasio-Cortez Green New Deal does not mention nuclear power as a source of zero-emission electrical energy, the Biden plan touches on the use of smaller, modular nuclear reactors and proposes a research agenda to “identify the future of nuclear energy.” Biden’s plan does not, therefore, confirm the future of the United States’ existing fleet of 95 reactors, which currently produces 20 percent of the nation’s electricity, including some 55 percent of its so-called emissions-free electricity.

Decarbonizing the economy would also necessitate the complete upgrading of electricity grids—”from top to bottom”—as huge increases in electricity flow patterns would be inevitable. Some 49 percent of U.S. households would have to transition from heating their homes with natural gas to heating with electricity or geothermal heat pumps. End-users charging millions of electric cars outside their homes and in their garages would also overwhelm current grid infrastructure, making reinvestment essential.

The cost would be “extraordinary,” according to Kelly. “It is already the case that supermarkets installing multiple charging points in their carparks can find themselves having to pay as much as £0.25M ($306,000) towards upgrading the local substation,” he said.

Cars charged by consumers who park on the street would also require a nationwide network of charging points integrated into sidewalks to avoid pedestrians tripping over charging cables, making current street and sidewalk infrastructure in cities and suburbs inadequate.

In an article from December of last year, Robert Pollin—Professor of Economics and co-director of the Political Economy Research Institute at the University of Massachusetts Amherst—insisted that “A clean economy is affordable,” while describing the costs of climate change inaction as “incalculable.”

Pollin proposes annual investments of 2 percent of GDP (or $600 billion) in renewable energy sources such as wind, solar and geothermal energy as well as energy efficiency measures in buildings, automobiles, and industrial processes. While half of the funding required would come from private investments driven by investment subsidies and regulations, he says, much of the rest would come from sources such as green bonds, carbon taxes, and from funds siphoned off the military budget—including $50 million from the nuclear weapons program.

Pollin likens the quest for decarbonization to taking out insurance, like car or house insurance, against climate change. He also claims that the cost of providing renewable energy is currently equal to or lower than fossil fuels or nuclear energy. Combined with increased energy efficiencies, these factors mean that “This clean-energy investment project will pay for itself in full over time because it will deliver lower energy costs for all U.S. energy consumers,” while creating around 7.5 million jobs.

In its ‘Mission Possible‘ report, the Energy Transitions Commission suggests that the cost of decarbonizing economies around the world between 2050 and 2060 for the harder-to-abate sectors of cement, steel, plastics, trucking, shipping, and aviation could be even less, at 0.5 percent of global GDP.

Commission chair, Adair Turner, stated in the Financial Times that achieving net-zero carbon emissions would require boosting the role of electricity five-fold across global economies—from 20,000 terawatt-hours (twh) to 100,000 twh—by 2050. “Nuclear power could play some role but most of this power must and can come from renewable sources, including wind, solar, and water,” he writes. Furthermore, “there are no unmanageable technological, resource, or even cost barriers to impede our path to a zero-carbon economy.”

Prof. Michael Kelly, however, points out that projects such as the widespread electrification not just of vehicles but of grid systems would be prohibitively expensive—and likely impossible.

To illustrate the technological issue of the low energy density of batteries, Kelly uses the example of the £45 million ($55 million) battery installed by Elon Musk outside Adelaide, South Australia. A battery of this size, Kelly says, could power the emergency wards of a large hospital for 24 hours on a single 80-20 percent discharge. At Kelly’s local hospital in Cambridge, back-up is currently provided by two large diesel generators, he says, which cost £250,000 ($304,000) and run as long as fuel is available.

“So if you wanted to be able to cover a week’s power outage after a major storm,” says Kelly, “it would cost around 1,300 times as much using batteries as it would with diesel generators. The idea is ludicrous, and it would be equally foolish to apply batteries anywhere else on this scale.”

Batteries also require large quantities of critical metals and minerals. Just for the United Kingdom—an economy slightly smaller than that of California—the widespread introduction of electrical vehicles would render current mining, processing, and recycling systems for such materials completely inadequate.

According to Kelly, replacing the entire fleet of cars and trucks with electric vehicles that incorporated frugal, next-gen batteries would require almost twice the annual global production of cobalt. It would also require three-quarters of the global annual production quantity of lithium carbonate, almost all of the world’s annual production of the rare earth metal neodymium, and almost half of global copper production: for the United Kingdom alone.

“It’s clear that there has been little or no systems engineering input into the plans,” says Kelly. “How can we possibly proceed further along the renewables path when we lack any technology to store electricity at scale? How can we hope to electrify transport when we would need to consume the whole global annual supply of several important minerals to do so, just for the UK?”

Kelly believes that the costs of the race to net-zero carbon emissions would be ruinous for our current living standards. “The cost of the wind farms and the batteries and rewiring the grid to cope with all the extra demand would be folly for an economy at the best of times. In the current crisis it’s madness. It’s like coronavirus all over again. A small group of advisers tell the politicians about the disaster that will befall the country if they don’t do as they are told. And the results will be just as calamitous as the virus has been. If not worse.”