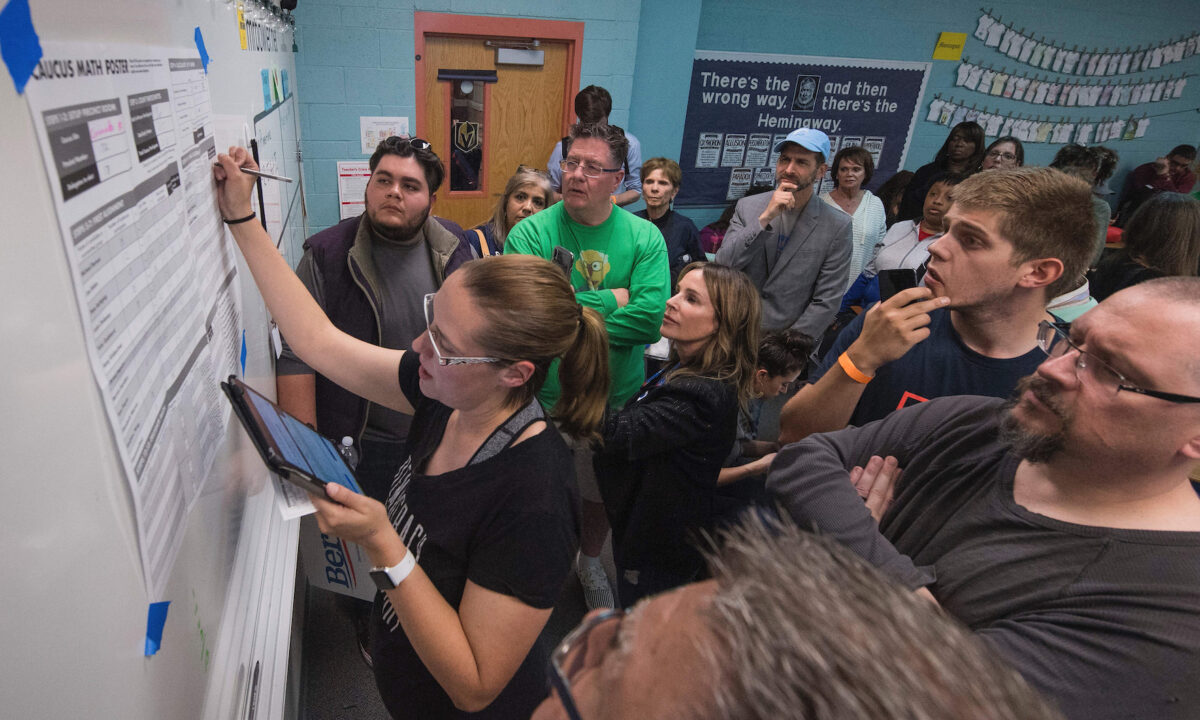 Based on reporting from 65 of 2,097 precincts representing 3.1 percent of the votes, Sanders has won 2,529 votes, followed by former president Joe Biden on 772 votes and Elizabeth Warren (D-Mass.) on 507 votes.

Some Precincts Have Trouble Reporting

Two of the four caucus precincts at a middle school in the northern Nevada city of Gardnerville had trouble getting through on the phone hotline to report results.

Kimi Cole, the chair of the Douglas County Democrats who was the site lead at the school, said her precinct and another tried to call the hotline after their caucuses wrapped up early afternoon. But instead of being put on hold, they were met with a tone that seemed to indicate the number wasn’t working.

A third person at the caucus site was able to get through and report results right after, but Cole said she and the other precinct leader decided to use one of the Nevada Democratic Party’s backup methods by texting a photo of their caucus reporting worksheets.

Cole said the data was also transmitted by the iPad calculator, which seemed to run smoothly for everyone at that site.

Tom Perez, chairman of Democratic National Committee, said earlier that the goal is to get the results fast and right.

“Our goal is to get results as soon as possible,” he said. “But also, first and foremost, to get it right.”

Nevada’s Republican party has formally awarded all 25 of its delegates to President Donald Trump.

The state GOP had already canceled its caucuses, but the state committee voted by acclimation to give the Republican president all of its delegates as Democrats were tallying caucus votes, according to party executive director Will Sexauer.

This is a developing story, check back for more updates.

Allen Zhong and The Associated Press contributed to the report.