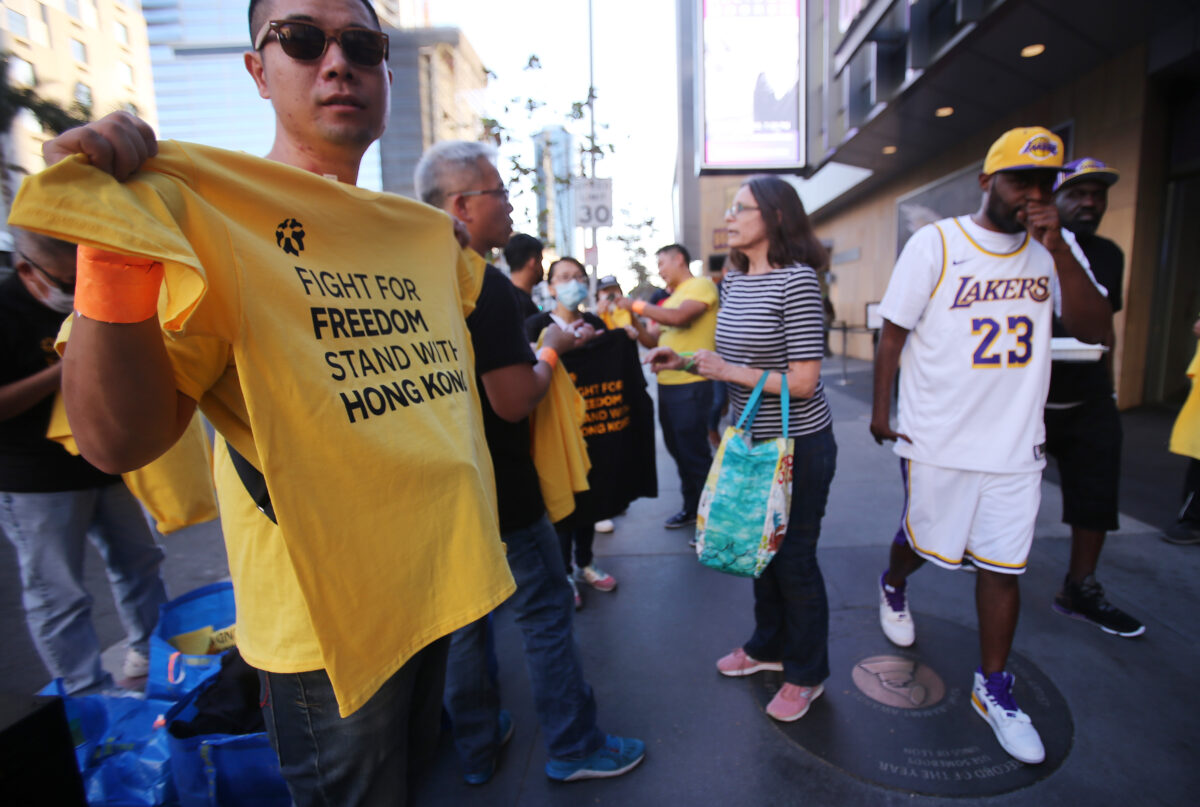 A bipartisan group of U.S. representatives has introduced a new bill aimed at safeguarding Americans workers’ right to free speech against foreign governments, in particular the Chinese regime.

The proposed legislation named the Preventing Foreign CENSORSHIP in America Act would ban companies from firing or retaliating against employees who speak up about sensitive topics that countries like China seek to censor, according to a press release from the bill co-sponsor Rep. Jim Banks (R-Ind.).

The bill was introduced amid increasing concern over the Chinese regime using its economic clout to stifle free speech abroad.

During last year’s pro-democracy protests in Hong Kong, the National Basketball Association (NBA) drew the ire of the regime after Houston Rockets’ general manager Daryl Morey tweeted an image in support of the protesters. The regime demanded Morey be fired, and the NBA lost all its Chinese sponsors as a result.

Chinese state broadcaster CCTV also stopped airing games, and the NBA has not been on the air in the country since.

“The NBA incident is but one of many similar stories of American workers and entities being threatened into silence or self-censorship,” the statement said.

It added: “While most of these stories don’t make the news, North Korea famously blocked the theatrical release of The Interview by hacking and blackmailing Sony.”

It would also set up reporting requirements to “name and shame” companies that cave into foreign censorship or self-censorship.

“As long as you’re an American or on American soil, you should have the right to free speech. Congress will not stand idly by as China seeks to export its censorship abroad,” Banks said in the statement.

“Dictatorships like China are increasingly trying to use their economic power to censor speech beyond their borders,” Malinowski said.

“This bill will ensure that no American company complies with their demands.”