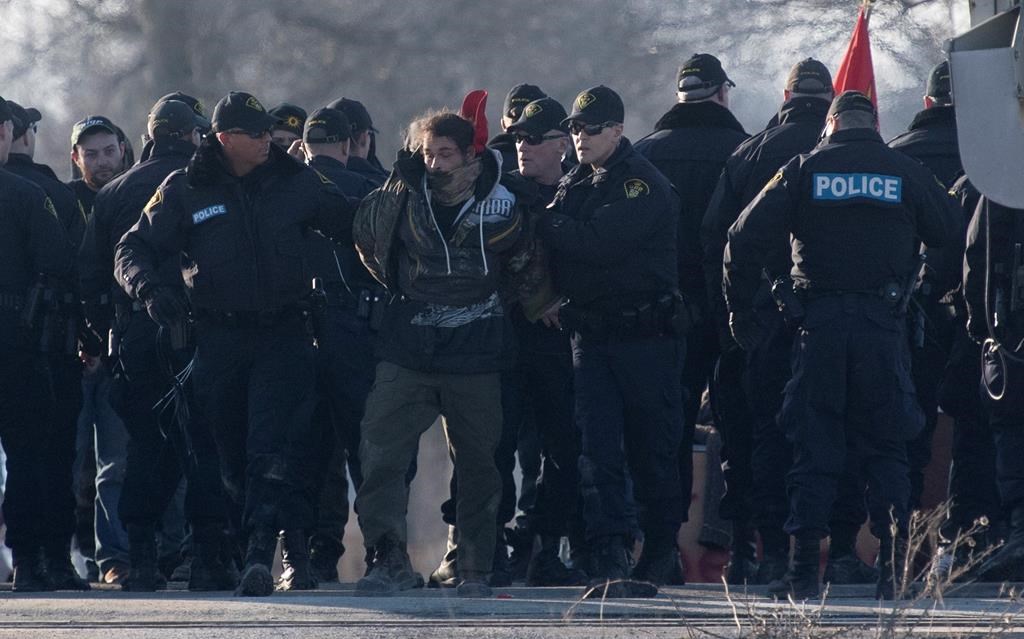 Thousands of commuters had their morning routines disrupted on Feb. 25 after a blockade popped up on a popular rail line near Hamilton and halted passenger train service.

GO Train service in Hamilton and all points on the route to Niagara Falls, Ont., has been stopped since the evening of Feb. 24, said Metrolinx spokeswoman Anne Marie Aikins.

Around 5:30 p.m. on Feb. 24  more than a dozen people gathered on the tracks, which are owned at that point by CN Rail, at a juncture near Hamilton, she said.

“We’re standing by and waiting, there’s not much action we can take,” Aikins said.

Upwards of 30 people were on the tracks at one point and many remain there on the morning of Feb. 25, she said.

A group called Wet’suwet’en Strong: Hamilton in Solidarity, have claimed responsibility for the blockade.

“It’s a new day, and we started it by burning the injunction delivered by CN rail!” the group wrote on Facebook.

“Remember why we’re out here; the violence the state has perpetrated towards Indigenous land defenders and their supporters, the forced removal and criminalization of Indigenous people from their lands.”

The new blockade comes just a day after police moved in on an encampment in Tyendinaga Mohawk Territory near Belleville, Ont.

Dozens of provincial police officers descended on the area Feb. 24 and arrested 10 demonstrators, who were charged and released with conditions. Police and CN removed the encampment and several vehicles that were parked next the tracks.

That encampment had been set up on Feb. 6.

Ontario Provincial Police said officers moved in after efforts to negotiate a peaceful resolution were exhausted and demonstrators ignored a midnight deadline to clear the blockade, which has brought freight and passenger rail traffic in much of Eastern Canada to a virtual standstill.

Politicians hailed the police raid, but the use of force angered Indigenous leaders, community members and advocacy groups who had hoped for a peaceful resolution.

The protesters had set up the blockade in support of the hereditary chiefs of the Wet’suwet’en Nation, who oppose the development of a natural gas pipeline project that crosses their traditional territory in northwestern British Columbia.

CN issued a brief statement Monday saying the company was pleased the “illegal blockade” in Tyendinaga Mohawk Territory had come to an end, but offered no indication when service would resume.

Via Rail announced its route between Montreal and Halifax will resume service on Feb. 28.