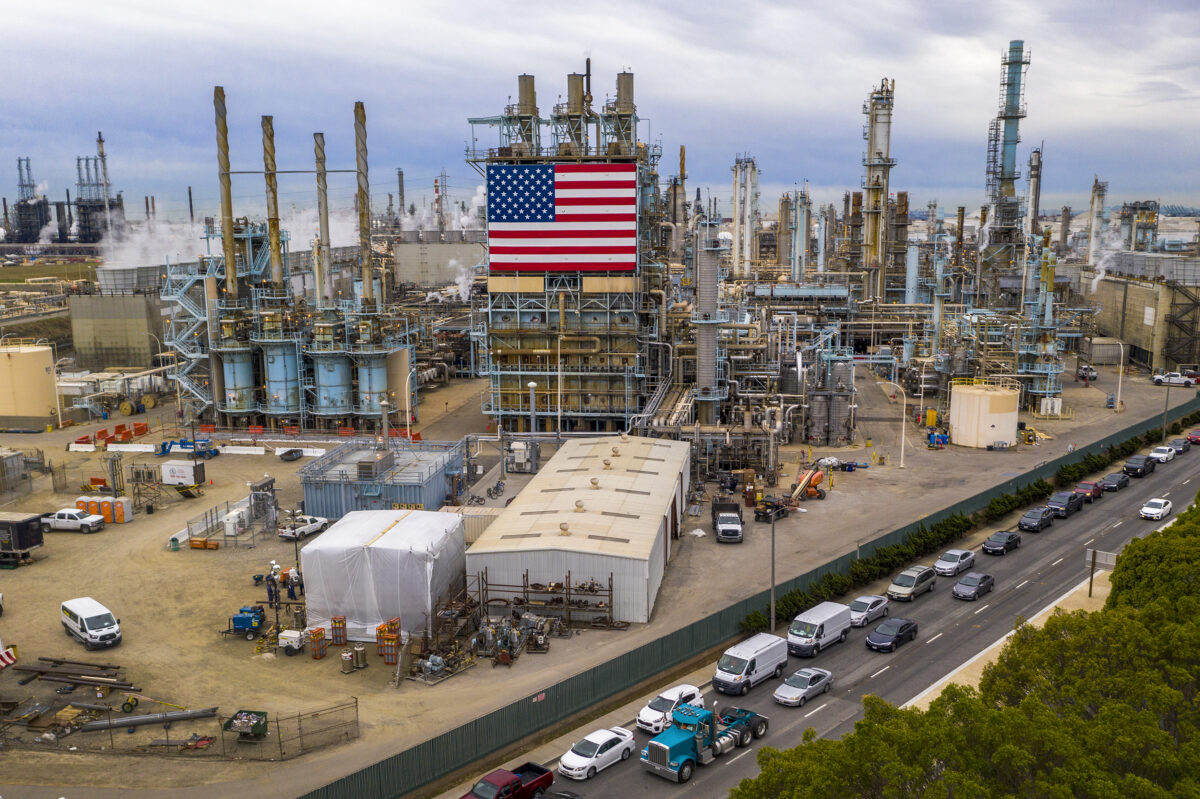 “Just spoke to my friend MBS (Crown Prince) of Saudi Arabia, who spoke with President [Vladimir] Putin of Russia, & I expect & hope that they will be cutting back approximately 10 Million Barrels, and maybe substantially more which, if it happens, will be GREAT for the oil & gas industry!” Trump wrote on Twitter.

“Could be as high as 15 Million Barrels. Good (GREAT) news for everyone!” he added in another tweet.

Following the tweets, Brent crude, a key crude oil benchmark, gained about 13 percent, finishing just below the $30 mark, while still far from the $50 mark, where it stood in early March.

Moscow and Riyadh have been locked in a price war after Russia walked away from talks on production cuts with the Organization of Petroleum Exporting Countries (OPEC) in early March. Since then, both countries have escalated production, which has depressed oil prices already under downward pressure by demand cratering amid the CCP virus pandemic.

Saudi Arabia, the de facto head of OPEC, on April 2 called for an emergency meeting of OPEC and non-OPEC oil producers, an informal grouping known as OPEC+, state media reported, saying it aimed to reach a fair agreement to stabilize oil markets.

Russian Energy Minister Alexander Novak said on April 2 that Moscow was no longer planning to raise output and was ready to cooperate with OPEC and other producers to stabilize the market.

“Trump’s call to Putin has changed everything,” one OPEC+ source said, adding that the initial talk among the group was about how other large producers such as Canada and Brazil would need to join in any coordinated output cuts.

It was not clear when Saudi Arabia’s proposed emergency OPEC meeting might be held.

Trump is separately set to meet with U.S. oil industry executives on April 3.

Global oil demand is expected to fall by about 30 million barrels per day in April, or about one-third of daily consumption. Some 3 billion people have been put on lockdown to slow the spread of the CCP virus, commonly known as novel coronavirus, which has sickened more than 1 million people worldwide and killed over 50,000.

The immense decline in demand sent oil prices to their lowest levels since 2002, hitting budgets of oil-producing nations and dealing a huge blow to the U.S. shale oil industry, which can’t compete at prices this low.

Major global oil producers, including Chevron, Brazil’s Petrobras, and BP, have already scaled back production estimates. Storage is expected to be full by May, analysts said, which would force oil producers to cut output anyway.

The free fall in prices has spurred regulators in Texas, the heart of the country’s oil production, to consider regulating output for the first time in nearly 50 years.

Ryan Sitton, one of three elected oil-and-gas regulators in Texas, wrote on Twitter on April 2 that he had spoken with Russia’s Novak about a cut of 10 million barrels per day in global supply.

“While we normally compete, we agreed that #COVID19 requires unprecedented level of int’l cooperation,” Sitton wrote.