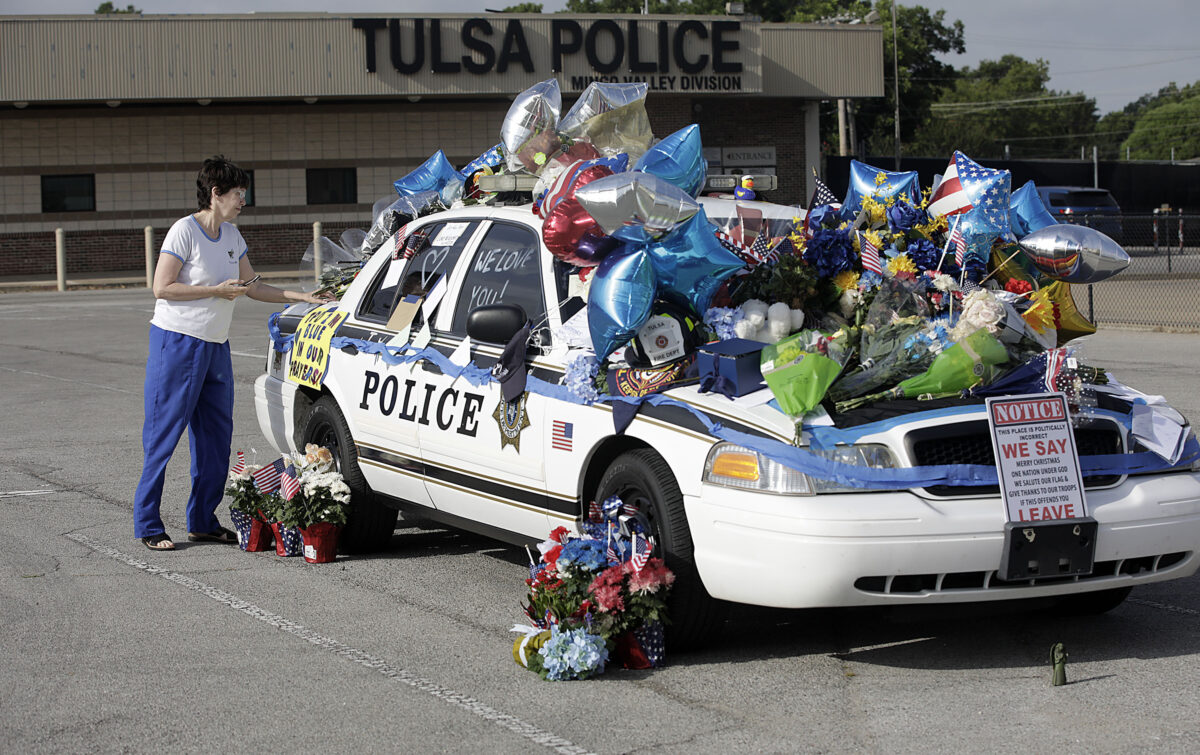 TULSA, Okla.—One of the two Tulsa, Oklahoma, police officers who were shot during a traffic stop has died, authorities said Tuesday.

Franklin described Johnson’s death as a “tremendous loss” to the police department. “His sacrifice will not go unremembered,” he said.

It is with heavy heart that we are announcing a change in the condition of Tulsa Police Sergeant Craig Johnson.
On June 29th, 2020 Craig sustained multiple gunshot wounds, one of which was a critical wound to his head. After undergoing surgery, Craig’s prognosis.. pic.twitter.com/QGaEeK62qC

A patrol car at the division where the officers worked has been covered in flowers, balloons, American flags, and handmade signs as a tribute.

Johnson and rookie officer Aurash Zarkeshan were shot at about 3:30 a.m. Monday during a traffic stop. The suspected gunman, 32-year-old David Anthony Ware, was arrested following a search that lasted more than seven hours.

The officers were trying to get Ware out of the vehicle, and one officer had already deployed a Taser and pepper spray in an attempt to remove him. Once out, Ware pulled a handgun and fired multiple rounds, Franklin said.

Zarkeshan had been on patrol for less than six weeks since graduating from the police academy in the spring, the chief said.

Johnson had joined Tulsa police in 2005 and was promoted to sergeant in 2015, Franklin said.

“Sgt. Johnson was a good man who made our lives better, who trained his fellow officers to be better,” said Tulsa Mayor G.T. Bynum.

Franklin said Johnson was survived by his wife, two young sons, and parents. He said Johnson’s family had decided to donate his organs.

A motive for the shooting was unclear. Tulsa police Capt. Richard Meulenberg said Ware had no known bias against the police.

While Ware was being stopped, police said, he called an “accomplice” who arrived in a separate vehicle and picked him up. Police said that man, Matthew Hall, was arrested later Tuesday in Broken Arrow.

Ware faces murder and weapons charges, and Hall a faces count of being an accessory murder and a related charge. Both are being held without bond at the Tulsa jail. Court records don’t list an attorney to speak for either of them.