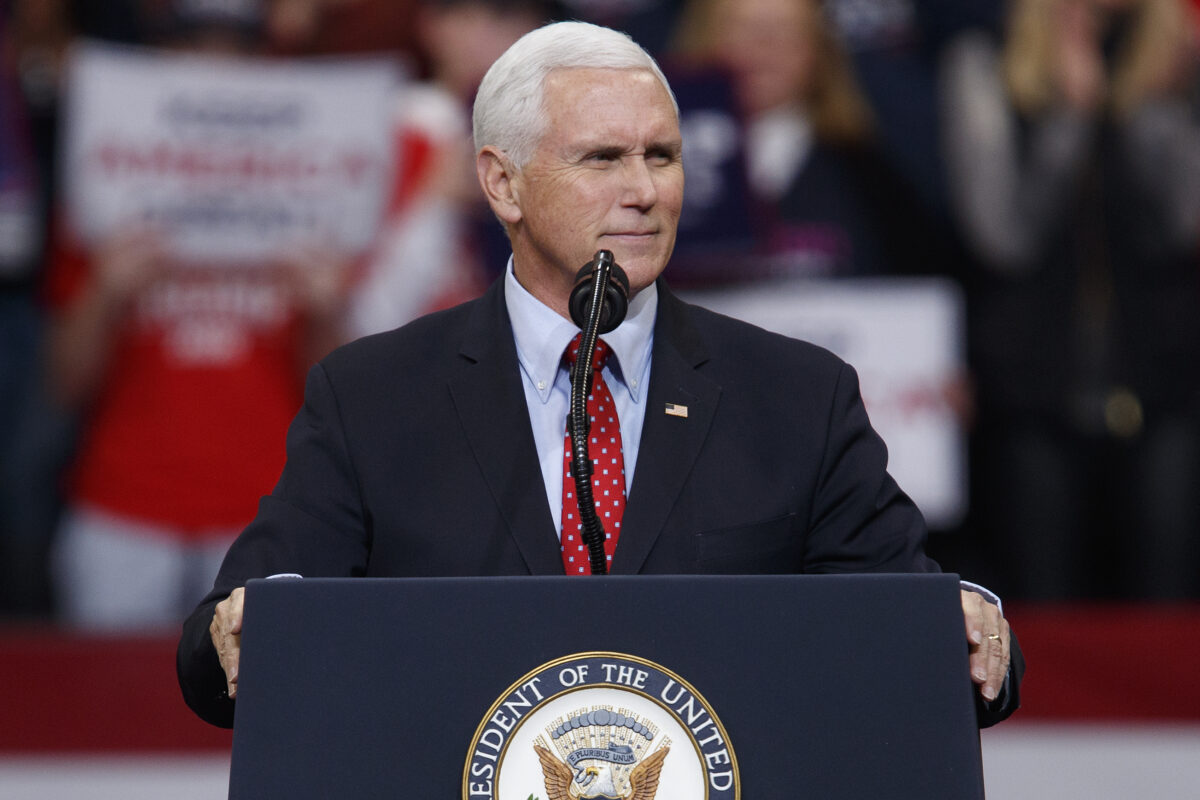 Vice President Mike Pence on Feb.13 paid tribute to Faye Marie Swetlik, the 6-year-old girl who was found dead three days after disappearing from her home in South Carolina.

Officials announced on Thursday that the body of Swetlik, a first-grader at Springdale Elementary School, had been recovered following a 200-strong search. Her death is being treated as a homicide.

Speaking during an appearance at The Citadel, a military college in South Carolina, Pence said that he’d spoken with FBI Director Christopher Wray and South Carolina Gov. Henry McMaster and that full resources of the federal government would be available for the investigation into the young girl’s death.

“[A]llow me to address an issue that I know is on the hearts of people all across South Carolina today. And as your vice president and as a father, let me say we were deeply saddened to receive word this afternoon that the remains of Faye Swetlik, a 6-year-old girl who went missing from her parents’ front yard just three days ago, have been found,” Pence said.

“We will continue to work closely with state and local authorities to hold any to account who are responsible for this heinous crime,” the vice president said. He added: “But I would just urge everyone in South Carolina: Hug your kids today and keep this little girl and her family and her community in your prayers.

Authorities announced on Feb. 13 that they had found Swetlik’s body after she disappeared from her home in South Carolina on Feb.10.

“It is with extremely heavy hearts that we are announcing we have found the body, who the coroner has identified, as Faye Marie Swetlik,” Cayce Public Safety Director Byron Snellgrove said.

More than 250 officers and investigators had spent days searching for the young girl, who was last seen playing in the front yard of her home in Cayce, in the Churchill Heights neighborhood, at around 3:45 p.m. before her family realized she was missing.

Local police were notified about her disappearance around 5 p.m. that same day and immediately began searching for her, with assistance from the FBI.

Snellgrove told reporters that the body of a man, who he did not name, was also found recently in the same neighborhood where Swetlik disappeared. However, the Public Safety Director did not provide any evidence of a link between the two deaths and said there was no danger to the public in the area.

Officials are treating Swetlik’s case as a homicide, and no arrests have been made as of yet.

With reporting from the Associated Press.